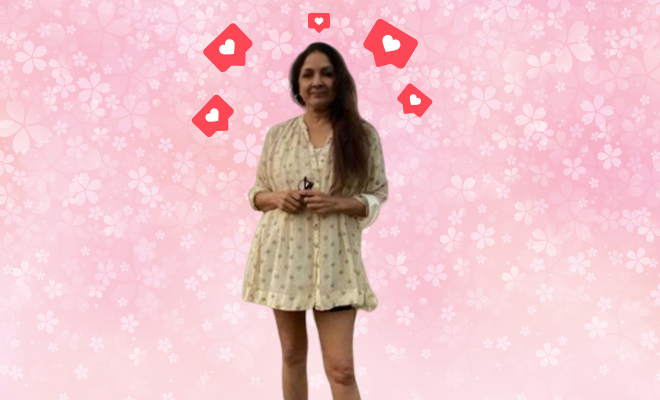 Neena Gupta Drops Some Major Truth Bombs Asking Women To Not Fall In Love With Married Men. We Knew It But It’s A Good Reminder

They say love often makes you blind. And having been in and out of love a few times over, I wouldn’t quite disagree to the statement. Love, one of the most powerful emotions, does in fact hold the power to put makes you kind of unseeing of what is reality as it takes over and often blurs the line between right and wrong, between what should be and not, and between being able to see things clearly. The heart and the mind sometimes work together beautifully and at other times create messy contradictions, and it’s quite a while before we realise where we had gone wrong. A feeling, that dawned on the veteran actress, Neena Gupta as she opened up about getting involved with a married man once in her life.

Putting up a rather bold and honest kind of a post on her Instagram, Neena Gupta talked about how she once found herself believing the lies of a married man she was in love with. She captioned her post “सच कहुँ तो | 11 #sachkahoontoe” and dropped a few truth bombs we weren’t ready for but should listen to anyway.

Narrating what seemed like a too realistic version of a ‘once upon a time’ with a not-so-happy ending, Neena Gupta, keeping up with her reputation of being unabashed when it comes to speaking her mind, went on to tell the tale of what happens when you fall in love with a married man. Spoiler alert – heartbreak.

Also Read : Neena Gupta Says She May Not Even Be Alive By The Time Older Women Get Lead Roles In Bollywood. We Agree, This Isn’t Happening Soon

It might or might not have been this, but it seems like this was an honest reiteration of her own tragic love story with the former West Indies player Vivian Richards. He had a long affair with the Badhaai Ho actress, and then a child out of wedlock. It wasn’t unknown then, it isn’t unknown now that Vivian was the same guy who after having promised her lovely ever afters, left Neena Gupta high and dry as he went back to his wife Miriam. And while Neena Gupta has been one of the dignified ones, to not constantly badmouth a guy like that, we could relate to the emotions she must still have for the man who loved once, who lied and then ultimately left her.

Narrating an entire flow of events, of a typical affair with a married man, Neena Gupta concluded saying how no one should ever fall in love with a man who is otherwise involved, because when push comes to shove, they seldom stand by their words. She even expressed how at one point, she contemplated going up to his wife and telling the truth, except she didn’t.

But now, years later, when the cat has been out the bag for long enough, we see Neena Gupta share an honest confession, we realise how love maybe a lot of things, but it is not everything. Neena Gupta has dropped some major truth bombs on all of us, and we suggest you, like us, take notes!

Also Read : Neena Gupta Didn’t Get Saand Ki Aankh Because The Financiers Were Opposed To Casting Older Women For The Movie. Just Wow