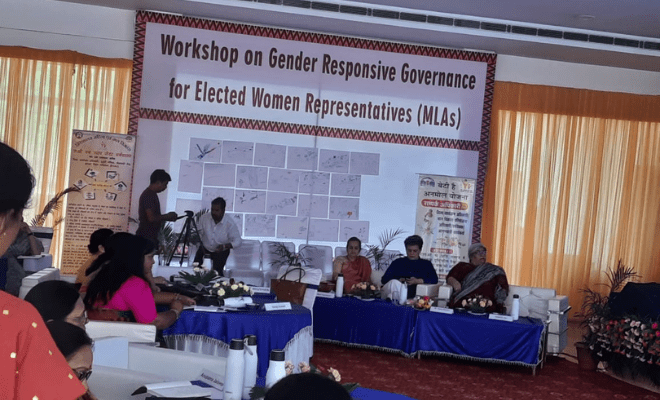 The National Commission For Women (NCW), in 2021, had launched the ‘She Is A Changemaker’ programme to improve women’s leadership skills in politics, right from the grassroots level.  This program was aimed at women who not only were parliament members but also who worked in gram panchayats. Recently, the NCW has launched a new workshop for all the representatives of the She Is A Changemaker programme. The workshop is based on Gender Responsive Governance.

As per reports, the workshop has been spanned across three days starting from June 22 to June 24 and is being held in Dharamshala, Himachal Pradesh. Additionally, it has been organised as a collaboration between Lal Bahadur National Academy of Administration (LBSNAA) and the Nation Gender and Child centre of LBSNAA. The governor of Uttar Pradesh Anandiben Patel had inaugurated the workshop.

As of now, 29 participants hailing from Himachal Pradesh, Uttar Pradesh and Uttarakhand have signed up to attend the workshop. They will be trained on issues like gender-based violence, effective leadership, how to communicate while being gender and inclusivity sensitive and also emotional intelligence.

The National Commission For Women had taken to their Twitter handle to share pictures from the second day of their workshop. Sharing the pictures, they wrote in the caption, “Glipmses of Day 2 of the 3-day Workshop on Gender Responsive Governance for Elected Women Representatives (MLAs) under She Is A Changemaker programme organised by the National Commission for Women.”

Glipmses of Day 2 of the 3-day Workshop on Gender Responsive Governance for Elected Women Representatives (MLAs) under She Is A Changemaker programme organised by the National Commission for Women. @PIBWCD @MinistryWCD pic.twitter.com/pyOH48EAQO

Also read: Indian Navy To Recruit Women Sailors To Serve On Board Warships Through Agnipath Scheme. This Is Historic!

There have been instances in the past when the NCW members have not been sensitive to gender issues and have even ended up blaming the victim, we hope this workshop will really impart knowledge to the participants on how to be truly sensitive to such delicate matters.

UP Panchayat Asks Rape Survivor To Settle The Case With A Fine And Hitting Rapist With A Shoe.