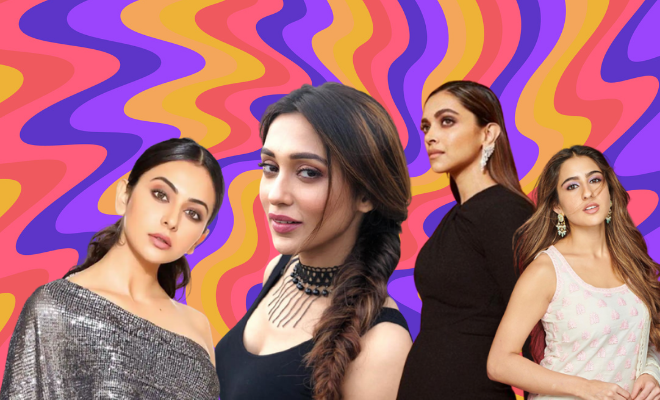 Mimi Chakraborty Throws Shade At The Bollywood Drug Probe For Being Sexist. What About The Men?

I don’t know how much of the current affairs y’all are following. But I am damn sure if there is one thing you are aware of it’s the Sushant Singh Rajput case and the entire drug probe that has rattled Bollywood. For some reason, it’s all that people can focus on. I am not saying it’s not important, I am saying there is other important and pressing stuff going on (Read: Farm Bill) as well that deserves equal if not more attention. However, since everyone is only gushing about how Deepika Padukone and Sara Ali Khan have been summoned by the NCB on drug charges let’s talk about that, shall we? And what Mimi Chakraborty had to say about it. Because that shade she threw at the whole drug probe for being sexist was something!

For all those of you who are a tad late to the party, the SSR death case has now taken a downward spiral and has become less about his death and more about how drugs are an epidemic in Bollywood. After Rhea Chakraborty’s arrest, the Narcotics Control Bureau (NCB) has taken over, and is now rounding up celebrities and other people working in the industry who are suspected of consuming or peddling drugs. Well, I don’t have all the details. No one does. People are theorising, nitpicking and this media circus has been turned into a media trial. Guilty or not, celebrity or not, no one should be subjected to this kind of chaos and unjustness.

Anyway, that is not the biggest issue I have with this whole mess. Do you know what is? The double-standards. Does anyone find it shady that only women have been named and probed? Deepika Padukone, Shraddha Kapoor, Rakul Preet Singh, Sara Ali Khan and Simone Khambatta. So, am I to believe that while the women of Bollywood are stuffing their noses and smoking their grass, the men are innocent and honest workers? Because that does not sound right. It sounds sexist and misogynistic.

And if you think I am the only one miffed by the hypocrisy and double standards shown in the investigation, please do me a favour and open Twitter. One of the posts in the line of angry tweets conveying exactly the same message belongs to Mimi Chakraborty. The Bengali actress turned politician took to Twitter to throw shade at the Bollywood drug probe for being sexist. She did it in the snarkiest way possible and we love it!

Mimi’s tweet read, “Yes patriarchy women in Bollywood go for Hash and drugs or whatever, and men in Bollywood cook and clean and pray for their better half with joined hands and tears in eye ‘Bhagwan unki raksha karna‘” Isn’t her sarcasm on point?

She really hits the nail on its head. Everyone is talking about how disgustingly news channels are sensationalising Deepika Padukone being summoned to the NCB quarters for questioning.  With their horrendous headlines and background videos of her drinking from her movie Cocktail, it’s like one big shit show. Pardon my language but journalism has left the building and misogyny has entered.

Another woman in politics who is asking the right questions is Navneet Kaur Rana. This member of parliament asked why only female stars were being ‘exposed’ and the names of male actors are being kept hidden. Why is the NCB was not revealing the names of male stars because of their stature. Navneet also asked, why is action not being taken against the film directors and actors in the video of an alleged drug party?

This has been one long and convoluted case and like a lot of other things in life, extremely disadvantageous to women. It needs to be corrected. If the NCB is going to investigate drugs in Bollywood they must do it fairly. This investigation is completely lopsided and unjust. Not to mention sexist AF.

Which brings me to a million-dollar question—why is it so easy for them to just blame women for everything that goes wrong?

This Thread On Reddit Shared All The Takeaways For A Woman From Rhea Chakraborty’s Case. It’s Painfully Accurate