Man Poisons Daughter Because He Was Worried About Her Marriage, Then Dies By Suicide 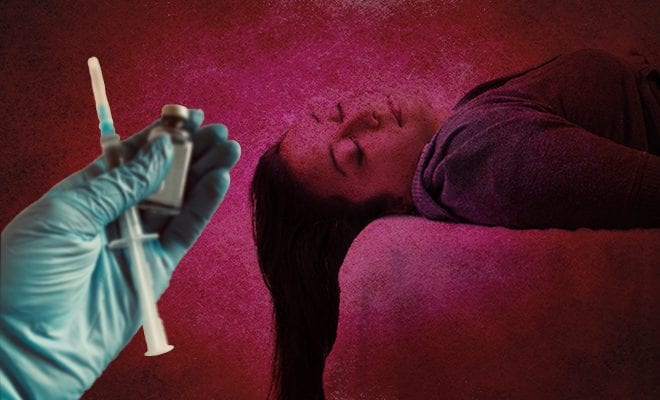 Sometimes I think about how desensitized most people are to violent crimes. They read about women getting slaughtered in the newspaper or as snippets on their phone and seconds later it’s forgotten about like it’s nothing out of the ordinary. This nonchalant attitude is doing us more harm than anyone realises because it enables more people to believe that crimes like murder are the solution to their problems. We say this after a man in Mumbai attempted to poison his daughter and wife before committing suicide himself.

In Mumbai’s Vile Parle area, a 68-year-old man, who is an anaesthetist by profession, attempted to murder his wife and daughter by injecting poison into them on the pretext of taking blood samples. After doing this, the man, identified as Shrikrishna Patil, committed suicide.

Also Read: Unemployed Man From Andhra Pradesh Murdered His Wife After She Refused To Give Him Money

Patil and his wife, Chhaya had a 37-year-old daughter named Juilee. Reportedly, Patil was stressed over that his daughter wasn’t getting married and that he was out of work. Hence, on 26 June, Patil administered a dose of poison to his wife and daughter before injecting himself. This came to light when Chayya woke up the next morning and found her husband and daughter  unresponsive. They were rushed to the hospital but unfortunately, both Patil and his daughter were declared dead.

A probe was launched into the incident and a suicide note by Patil was found. In it, he took full ownership of his decision to murder his family and commit suicide. Reports say Patil was “depressed as his daughter was unmarried and he was struggling to get work.”

When will people learn that crimes never solve anything? This pandemic has left our sanities in shambles but nothing excuses this attempt to slay your entire family. This is just horrifying.