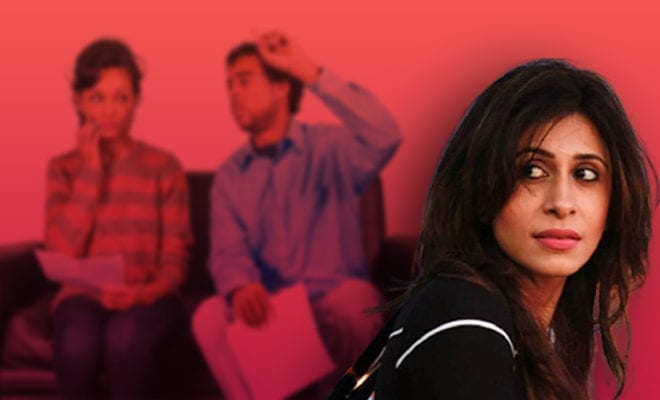 Bollywood, like every other industry, has its own skeletons hidden in the closet that find their way out every now and then, and that’s when it gets real. Whether it is nepotism, glass ceilings, or casting couch incidents, chances are that none of these are as fictitious as the big names in the industry pretend they are. Especially after several actresses have come up and shared their horrible experiences of facing either or all, at one point or the other. And one such actress who has also come clean about it, is actress Kishwer Merchant.

Kishwer Merchant appeared in several TV shows like the old and classic Hip Hip Hurray, Ek Hasina Thi and hit movies like Bheja Fry, and she is a well known name in the movie and TV industry. And while right now, it looks like she has it all together, Kishwer shares how it wasn’t an easy struggle to crack her way into the industry.

Spilling the beans over how she was exploited, Kishwer during an interview with a leading publication, opened up about the time she was asked to sleep with an actor to get a role.

Also Read : Actress Maanvi Gagroo Reveals That She Was Subjected To The Casting Couch Just Last Year. Did The #MeToo Movement Have No Impact At All?

‘I Was Offered To Sleep With An Actor’, Opens Up Kishwer Merchant On Casting Couch Experience #CastingCouch #KishwerMerchanthttps://t.co/DdQ8ra3aHb

The pregnant actress recalled the horrific experience and shared, “It happened with me when I had gone for a meeting- but just once. My mother was accompanying me. I was told that I’ll have to sleep with the hero. I politely turned down the offer and we left. I wouldn’t say ki ye bahut hota hai (I wouldn’t say that it happens a lot) or it’s a normal thing. Industry badnaam hai lekin har industry mein ye cheez hoti hai (The industry is infamous but it happens in every industry).”

When the actress was asked whether or not the producer and actor expecting her to do this were some of the big names in the industry, Kishwer revealed that they indeed were. She said, “Yes, very big names.” She went on to say, “Nope, I was very focused at work…I was more inclined towards TV. I kept getting work in quality and quantity. All said and done, I am very happy with the way my career shaped up.”

Kishwer Merchant Reveals A Producer Asked Her To Sleep With The Hero; Says Actor & Producer Were Big Names https://t.co/rVFvD4fcgo #kishwermerchant

She also added, “I stuck more to TV because I think it gives you more recognition. Small roles in films serve no purpose.” As of now, Kishwer is pregnant and is expecting a baby with her husband soon.

Also Read : Isha Koppikar Also Faced The Casting Couch. It Looks Like Any Actress Who Worked In Bollywood In 2000s Faced This!