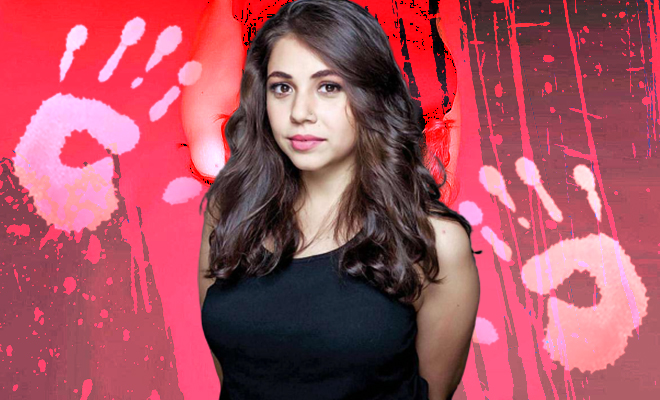 Actress Maanvi Gagroo Reveals That She Was Subjected To The Casting Couch Just Last Year. Did The #MeToo Movement Have No Impact At All?

You know, I really thought that even though the #MeToo movement did not have the desired effect, it did make men think twice before trying to prey on actresses and women crew members. Even if the accused are still tp pay for their alleged crimes, at least the #MeToo movement gave a voice to the women who have stayed silent all this while. But now, I can’t help but question it all.

There was a major #Metoo outbreak for a minute and then it just fell quiet without making any noticeable impact. But like I said, it made smaller impacts, or I just thought it did. Maybe, that was all on paper while the reality of the situation was hidden behind the big curtain. The reality is now being revealed and as it turns out, the casting couch is still a concept that actresses are subjected to. There are still men who ask women looking for work to sleep with them for more work or more money. I guess old habits do die hard.

How do we know all this? Well, Four More Shots actress Maanvi Gagroo just let us in on an incident from last year that burst our little bubble. In a recent interview, she said that a man propositioned her for a web series and said that he would increase the budget if she was willing to “compromise”.

She said, “A year ago, I got a call from a random unknown number. They were like ‘we’re doing a web series and we wanted to cast you.’ They told me the budget and I said, ‘nai nai yaar, this is too less and why are we talking about the budget? Tell me the script, only if I’m interested and you are interested in roping me, we can discuss about money, dates and all.’ So, he’s like ‘we’re asking people if they are okay with the budget.’ When I said ‘nahi, it’s less’, he tripled the budget just in his next sentence. He said, ‘I can give you this much also, but aapko ‘compro’ (compromise) karna padega.’”

She further added, “This words ‘compro’, ‘compromise’ I was hearing after 7, 8 years. Suddenly I don’t know what triggered me, I started abusing him. Told him ‘aap phone rakho, how dare you? Mai police ko complaint kar rahi hu’ (I am complaining to the police). I was really mad because in this pro imposed #MeToo era, I was baffled at how things like this still happen.”

Also Read: Katrina Kaif And Amitabh Bachchan Sign A Movie With #MeToo Accused Vikas Bahl. Why Do The Men Get Away So Easy?

Well, I am baffled at the fact that these things still happen as well. It’s seriously messed up how the #Metoo movement affected women in the industry more than the predatory men. It was women who lost their jobs and couldn’t find work, they had to have their names dragged through the mud and then there was no justice served to them. And all those predatory men? They went on with their lives as if nothing had happened.

Concepts are casting couch and “compros” are extremely redundant. Don’t you think it’s high time someone found a way talented actress like Maanvi Gagroo are not still asked for sexual favours for work?

On the work front, Maanvi Gagroo will be seen next in season 2 of Four More Shots Please which releases on 17th April.

Anubhav Sinha Says He Hired More Women Crew Since The #MeToo Movement. That’s Great But He’s One Of The Few