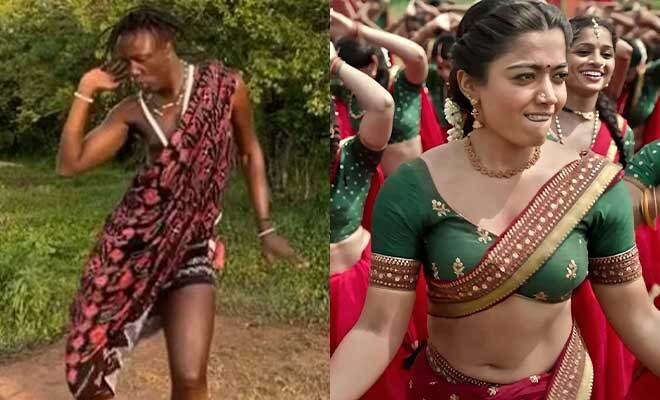 The internet is full of amazing content and content creators and Kili Paul is one of them. He is a Tanzanian content creator who is well-known for his love for Hindi films and music. He has many followers who love to see him dancing and singing Hindi songs with his sister Neema. And he is back with another video where he is dancing on Rashmika Mandanna’s hit track ‘Saami Saami’ and without a doubt, the video has gone viral on the internet.

In the viral video, Kili Paul is grooving to the song ‘Saami Saami’ featuring the top actress of South cinema Rashmika Mandanna from the film Pushpa. In the video, Kili is perfectly matching the hook steps from the song and it is looking so effortless. He is dressed in traditional Masaai clothing as always. Sharing the video on his social media account, he wrote, “Saami saami is the banger in India, love it.”

As soon as the video was posted online, the clip went viral and garnered more than 219,224 likes on social media. Many people praised his performance and called him the best. One user wrote, ”Nailed it bro. Love from India,” and another one commented, ”Sending…..Love from India.”

The hit song Saami Saami is sung by Mounika Yadav and the music is by Devi Sri Prasad from the film Pushpa. Pushpa: The Rise is a Telugu action drama that was released in 2021. The film features Allu Arjun in the leading role along with Rashmika Mandanna and Fahadh Faasil.

The Tanzanian content creator has made many videos like this and we are a huge fan of them, to be honest. We’re loving Kili Paul’s dancing skills just as much we loved Rashmika Mandanna’s moves and expressions in the song.