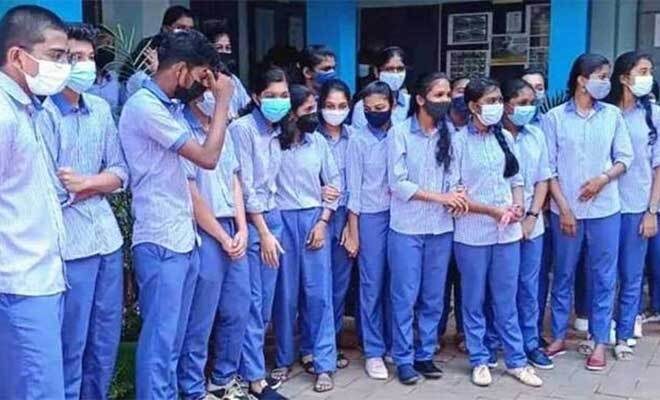 From the time we’re born to the time we’re dead, there are very clear lines drawn for how a woman should dress, how she should be addressed, how she behaves, etc. and it is similar for men as well. But now that as a society we’re becoming more aware of gender neutrality, things are changing slowly but surely. Take, for instance, a school in Kerala that first adopted gender-neutral uniforms for their students and now has made the decision to drop the tags of ‘sir’ and ‘madam’ for their teachers. A step in the right direction, isn’t it?

The Senior Basic School in Olassery, Palakkad district, Kerala has passed the rule that the students will not address their teachers with either ‘sir’ or ‘madam’ and instead address both – male and female faculty members – as ‘teachers’.

Also Read: A Government School In Kerala Has Introduced Unisex Uniforms For Kids And We Think It’s Genius!

The idea to use a gender-neutral term for male and female faculty members was put forward by a staff member and later the staff council approved it. H. Venugopalan, the principal of the Senior Basic School said that it was a male staff member, who was inspired by a social activist named Boban Mattumantha who was pushing for gender-neutral terms for government officials, that came up with the idea.

As per reports, it was after this step by the school in Kerala, did the Mathur grama panchayat in Palakkad banned the use of terms – sir and madam – to address the members of the panchayat or their office staff. In fact, people were also asked not to use the words like ‘appealing’, ‘requesting’, etc. in their letters to the panchayat.

Speaking about the panchayat’s decision to drop the terms ‘sir’ and ‘madam’, Pravitha Muraleedharan, the president of the Panchayat said, “People hold the ultimate power in democracy and we decided to do away with sir/ madam salutations. Any person who visits our office needn’t address members of the panchayat committee or office staff as sir.”

Also Read: Japan Airlines To Use Gender-Neutral Terms To Be More Inclusive Of The LGBTQ+ Community. It’s A Small Gesture That Will Go A Long Way

In fact, the state of Kerala had previously announced that they would support the idea of gender-neutral uniforms in schools and now, there are over a dozen schools that have shifted to this gender-neutral way of thinking. Speaking about the concept, Kerala Education Minister V Shivankutty said, “In general, the state government wants to provide education without any gender bias. The government will encourage such decisions which will help bring in gender justice.”

I know that things are changing and our society is slowly but surely moving towards a gender-neutral way of thinking. But just having one state going through with that idea is not enough. We need more schools from other states to follow in their footsteps.