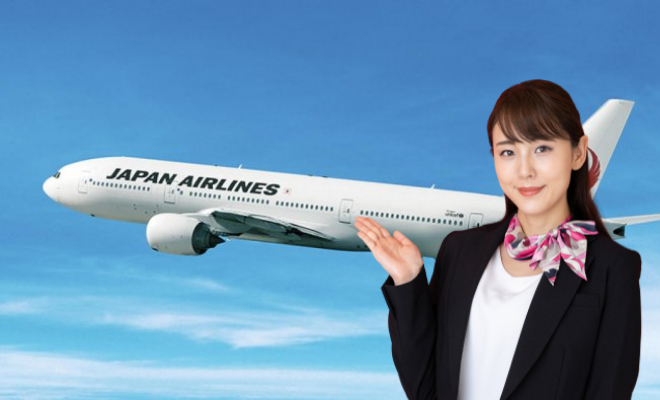 Japan Airlines To Use Gender-Neutral Terms To Be More Inclusive Of The LGBTQ+ Community. It’s A Small Gesture That Will Go A Long Way

Despite everything that is wrong with the world, I genuinely believe that it’s a good time to be alive. Think about it, we get to see the world transform from rigid and narrow-minded to being more accepting. People are finally open to mending their ways and beliefs to being more inclusive and understanding. Of course, the final goal of equality is extremely far off but we are on our way there. It won’t happen overnight. It’ll take a series of small changes to create a big one. And one such small change has been made by Japan Airlines. They are now trading in their old terminology for one that is more inclusive and gender-neutral.

To be honest, before today. I’ve never realised how unfair the phrase “ladies and gentlemen” is to people who identify as transgender or any other non-binary gender. It’s very important to focus on these issues and to correct them. To us, changing airline terminology may seem like a trivial thing but to someone who does not identify as cisgender, it a huge deal. We are all for this!

Japan Airlines announced that it would be swapping out “ladies and gentlemen” for gender-neutral greetings. Even the announcements on airports and in flights operated by this carrier will use gender-neutral terms starting from 1st October.

No more "ladies and gentlemen", as Japan Airlines plans to embrace gender neutral terms during in-flight and airport announcements from next monthhttps://t.co/AXCxw7NtCP

A spokesperson for the airline told AFP that JAL, “will abolish expressions that based on (two types of) sex and use the gender-friendly expression” like “good morning” and “good evening.”

According to reports, in Japanese, these announcements are already gender-neutral. This change in terminology applies mainly to other languages used by the airline.

Japan Airlines spokesman Mark Morimoto wrote in an email, “We aspire to be a company where we can create a positive atmosphere and treat everyone, including our customers, with respect. We have committed to not discriminate based on gender, age, nationality, race, ethnicity, religion, disability, sexual orientation, gender identity or other personal attributes.”

Also Read: A List Of LGBTQ+- Friendly Support Groups And Organisations In India That You Can Turn To

Japan Airlines will be dropping "ladies and gentlemen" in favor of more inclusive greetings like "attention all passengers" and "welcome, everyone" from October 1 on flights and in airports worldwide. https://t.co/apriii2is1

How amazing is this? It’s small steps like this one that gets us closer to a world driven by equality. However, JAL is not the first international airline to change their terminology to be more gender-inclusive. Several other airlines around the world have also made very similar changes in an attempt to properly address their customers who identify and transgender or non-binary. For instance, Air Canada and EasyJet said last year they would drop “ladies and gentlemen.”

Last year, JAL operated a trial “LGBT Ally Charter” flight for same-sex partners and their families. They have also changed rules to extend spouse and family allowances and perks to same-sex partners.

It’s a small step that will go a long way.

Orissa HC Says Woman Can Live-In With Her Same-Sex Partner. We Are Definitely Moving Forward