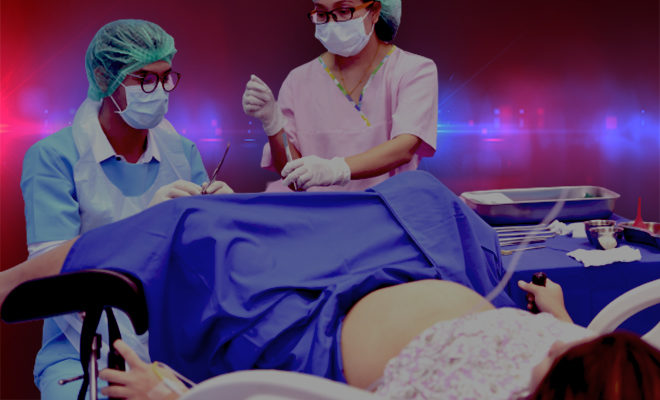 In Mumbai, Three Policewomen And A Pedestrian Helped A Woman Give Birth In A Police Van

Here’s the thing, being informed about current events and trending news stories is in my job description. It’s the one part that I dread doing every morning. Do you know why? It’s simple. Everywhere I look, there are only depressing stories about women getting butchered and blamed for things out of their control. It makes me wonder how a world full of humans can lack basic humanity. Every once in a blue moon though, I come across a story that brings a smile to my face and restores my faith in humanity. Today, we are talking about a story just like that. You see, in Mumbai three policewomen and a pedestrian helped a woman give birth in a police van. Why can’t people always be this compassionate?

On Tuesday, a 32-year-old woman, who was experiencing labour pain, was found lying unconscious in Mumbai’s Worli area. As she was in need of urgent medical attention, three policewomen and a pedestrian helped her give birth in a police van. They not only saved her life but also her baby’s.

Officials identified the pregnant woman as Pratiksha Kavle, a resident of Worli. According to reports, the police found her in a distressed state after a local informed the police control room about her. The information was transferred to the Worli police station who deployed Sub-Inspector S Patil, constables Reshma Patil and Poonam Sapkal to the spot.

Officials said three policewomen and a pedestrian helped save the ailing pregnant woman and her newborn, as she was in need of urgent medication.https://t.co/RoJmYjoGqI

Also Read: Spread Positivity: Two Police Officers Helped A Homeless Woman Deliver A Baby On The Pavement. This Restores Our Faith In Humanity

An officer said, “When they found her, the woman was losing consciousness and was in pain. She needed medication urgently due to which the three policewomen roped in a pedestrian, Priya Jadhav, and decided to take her to Nair hospital immediately.”

The woman was already in labour when she was found by the police. Hence, they did not waste any time and helped her give birth in the police van itself. This saved the life of the woman as well as her newborn. The baby was moved to Nair Hospital and kept in intensive care. The woman and her child are doing well. The police are currently trying to trace the woman’s family.

If it hadn’t been for these brave and pro-active police officers and that pedestrian who volunteered to help, things would go south for the woman very fast. You know sometimes we get so engrossed in fighting things that are wrong with our police system and our society that we forget to celebrate the good. We’re glad the mother and child are doing well!

This Sub-Inspector Helped A Woman Give Birth On A Railway Platform With A Doctor On Video Call. How Incredible Is This?

GET HAUTERFLY IN YOUR INBOX!
Related ItemsFeaturedTrendingWomanpolicewomenBabypregnant womanwoman gives birth in a police van in Mumbai