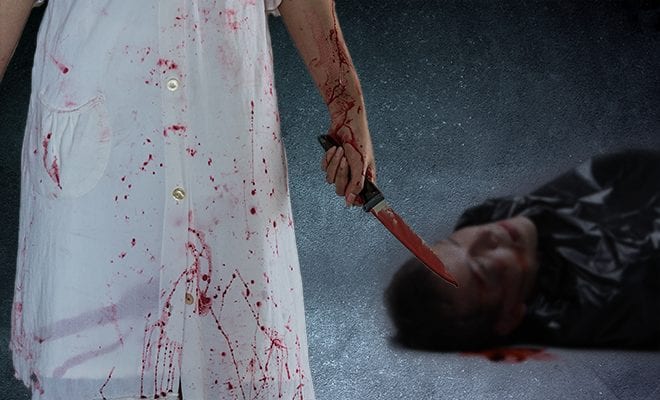 In Ahmedabad, Woman Kills Jobless Husband With The Help Of Her Lovers

Seeing your hard-earned money getting wasted can be damn frustrating. Especially when the person squandering your money is a spouse who refuses to get a job and instead lives lavishly off your money. And even though it is frustrating to watch a husband do that, it isn’t a reason enough to kill him, or so you would think. Communicating with your husband regarding the issue is a much more sensible and just approach. But not everyone chooses that path, do they? For instance, this woman in Ahmedabad, Gujarat took her lover’s help to kill her jobless husband.

Recently, a woman named Rekha took the help of her 19-year-old boyfriend Sabir Pathan and his friend Raju Damor’s help to kill her husband Jignesh Solanki. The police investigation also revealed that there was another 22-year-old man by the name of Shivam Thakkar who helped the other three in strangling the victim.

According to the reports, Jignesh Solanki was unemployed at the time and was spending all of his wife Rekha’s money. She was a rag picker who used to live on the footpath near the Bhadrakali temple in Karanj. It upset her that her husband used to spend all her money, so she and the other three came up with a plan to kill her husband.

On the 17th of July, the four of them – Rekha, Sabir Pathan, Raju Damor, and Shivam Thakkar – met at the eastern side of the riverfront near Ellis Bridge where they planned to kill the husband Jignesh Solanki. Rekha then took the drunk husband to Ellis Bridge – where the other three assaulted him and strangled him to death. They then dumped his body near Victoria Garden and fled from there.

After hearing being alerted about the dead body, the Gaekwad Haveli police filed a murder case and then passed on the case to the crime branch department. The crime branch, after investigating the case, concluded that Rekha, Sabir Pathan, Raju Damor, and Shivam Thakkar had killed Jignesh Solanki; they arrested three of them. The search for Raju Damor, who also helped to kill the husband, is still ongoing.