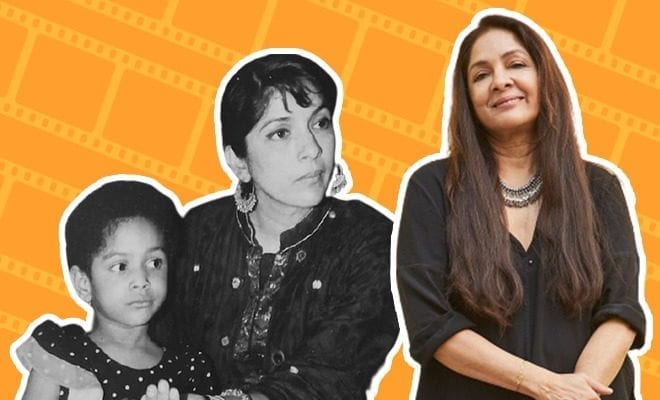 “I Used To Work For Money To Raise My Daughter,” Recalls Neena Gupta On Why She Did Work She Didn’t Like

If you were to pick up any old classic or piece of literature that scaled through the emotions of romance and drama, you’d notice how often it would be implied that there is no true love without sacrifice. No matter how toxic the statement seems right now, and quite annoying, frankly, it might just be true, after all at least when it comes to mothers.  Most of the time, a mother’s love is unconditional and at the cost of everything she loves, whether it is her priorities, her job or even herself. Much like Neena Gupta, who while raising little Masaba as a single mother, had to make her fair share of sacrifices too.

In a heart-to-heart with RJ Siddharth Kannan, the Badhaai Ho actress Neena Gupta recently opened up about her past and shared how it was to raise Masaba as a single mother, during a time when things weren’t half as easy for a woman as they are now.

She recalled, “Earlier, I used to work to be able to raise Masaba. I had to do work that I wasn’t entirely pleased with. That used to be my main focus.” However, things had changed now and that too for the better. “But now, it’s the other way around. Now that I am married, I don’t really have to work to earn money. Now she pushes me to work, which is very nice.”

Speaking about the role-reversal between the mother-daughter duo, she says Masaba has taken on the motherly responsibilities, pushing her own mother to pursue the kind of work she’d like, not out of circumstance but out of choice, life really has come full circle for these strong women.

Neena also shares how Masaba takes care of her like a child, especially during this intense time of a pandemic. “She’s become my mother now, she pushes me to work,” shares Neena Gupta. The actress will next be seen in Sardar Ka Grandson, a new comedy-drama starring Arjun Kapoor, Rakul Preet Singh and others.

Also Read : Neena Gupta Sends A Gentle Reminder To Husbands Who Fail To Recognise Housewives’ Contribution. The House Belongs To Both, Not Just You!

GET HAUTERFLY IN YOUR INBOX!
Related ItemsFeaturedMasaba GuptaNeena GuptaTrendingneena gupta worked for moneyneena gupta did work she wasn't pleased withneena gupta now pushed by masaba to do creative workneena gupta's struggles as a single mother