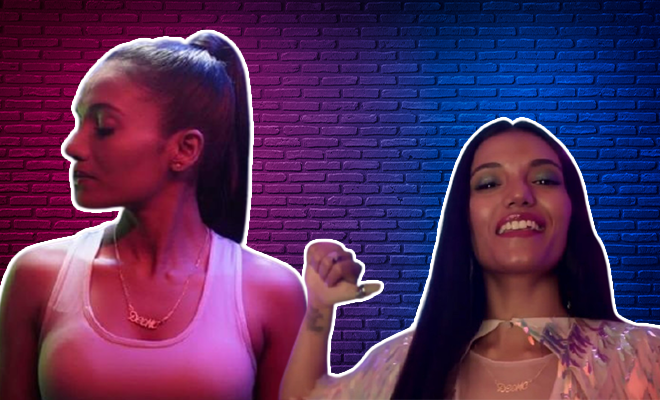 Glow And Lovely’s First Ad Campaign Is Mediocre At Best. Though A Tad More Inclusive, They Have Failed To Represent The More Duskier Skin Colours.

Have you guys ever read the tale of the Ugly Duckling? It’s a very famous children’s story about a duckling who was shunned because it was darker than its siblings. That’s what it feels like to be a dusky woman in India. Much like the ugly duckling, we are made to feel like we aren’t good enough because we don’t look a certain way. In real like, it’s called colourism. If you ask me, women who are fair-skinned have it 20 times easier than we do. All my childhood I wished I was quintessential fair but no matter how much Fair and Lovely (sorry, Glow and Lovely) I was told to apply there was no avail. I just had to learn to live with people constantly looking down on me while they put my fair-skinned counterparts on a pedestal.

I am not sure if you’ve noticed but for too long, dark-skinned girls have been represented in movies and on TV as the fair heroine’s lesser accomplished and uglier friend. Mujhse Dosti Karogi? Rani Mukherjee was portrayed exactly like that. Which is why, when the entire Black Lives Matter Movement started picking up after the brutal murder of George Floyd, I was overjoyed that colourism was a topic people were playing around with. It was then that social media started condemning fairness creams for propagating the idea that having fair skin means you’ll get everything you’ve wanted while dark skin just looks dull and lifeless. Hell, I don’t know if you remember but Fair and Lovely used to sell a scale that a woman could use to see how dark her skin was. They were making money off the insecurities of women. It was all so infuriating because all those ads would make people treat me, a girl with a dark skin tone, differently.

Speaking of Fair and Lovely, it was one of the fairness products that changed their entire branding and started calling themselves, Glow and Lovely. Yes, it’s as ridiculous as it sounds. Why? Well, changing the branding is not going suddenly make people forget that for years this product had been advertised as a skin whitener. Ideally, HUL should’ve taken this product off the shelves. But never mind, we don’t live in an ideal world. Today, however, I came across Glow and Lovely’s very first ad campaign video.

First of all, let me tell you that they have indeed changed their branding to be more inclusive. But the video that I saw today was only a teeny-tiny step forward when it should’ve been a leap. Honestly, the way they announced this change, I was expecting more. The video was shared on Instagram by fashion watchdog, DietSabya. And the campaign reads, “Aapki Glow Hai Aapki Pehchan. Is Glow Ko Naa Roko.”

I watched the video over and over again and apart from the tunes that are playing at the back, I didn’t like it at all. I mean it’s really awesome that the ad is not pushing the idea of fair skin supremacy on its viewers but the models that are in the video aren’t exactly dusky. Yes, they aren’t Kareena Kapoor Khan fair but they aren’t representing dark-skinned people either. The main model, the one in the blingy shiny dress, is wheatish at best. She is not dusky. Maybe it’s the makeup maybe it’s the fact that they didn’t hire properly dusky models, I can’t quite figure.

Don’t get me wrong, this is not a conversation of how brown does someone have to be to qualify as brown. All I am saying is that Glow and Lovely has failed to represent every Indian skin colour. It’s called Glow and Lovely for crying out loud.

We’re committed to a skin care portfolio that's inclusive of all skin tones, celebrating the diversity of beauty. That’s why we’re removing the words ‘fairness’, ‘whitening’ & ‘lightening’ from products, and changing the Fair & Lovely brand name.https://t.co/W3tHn6dHqE

Personally, it’s yet another pinch. If I had a rupee for every time someone has told me that I needed to apply this godforsaken cream to “enhance my looks”, I would be giving the Ambani’s close competition. Okay, I am exaggerating but you catch my drift, don’t you? And it’s not just me. Every dark-skinned girl in this country has been told to apply these ridiculous fairness creams at some point in their lives. And after all that, after HUL attempting to change the branding to be more inclusive of Indian skin-colours, why is there not adequate representation? I didn’t see anyone in that video that was even remotely close to my skin colour. They failed their first campaign itself.

I hope that Glow and Lovely’s second campaign picks up. We need a representation of every Indian skin-colour. Is that so difficult?

Another Company To Drop The Word ‘Fair’ From Its Soap Range. Are Brands Really Being Inclusive Or Just Succumbing To Social Pressure?