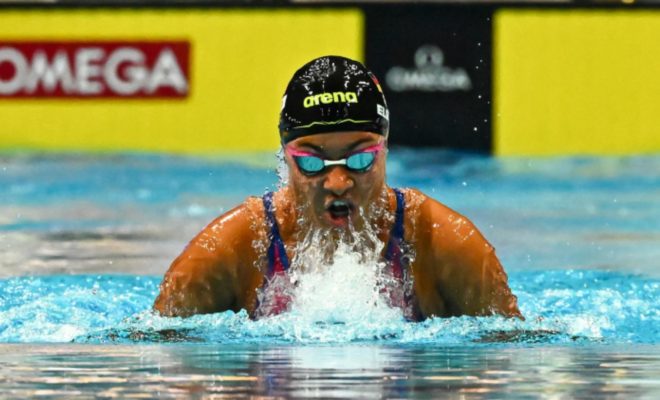 FINA, which is internationally recognised for governing all water sports took a major decision regarding the participation of transgender women in the competitions. The decision was taken by a vote from 152 national federations at the world championships in Budapest. It is also followed by a scientific report by FINA to back the decision. They have collectively decided to bar transgender female swimmers from participating in the elite women’s competitions claiming that they want to  keeping the sport fair for all.

The new decision came with a 34-page new policy document. FINA has voted to exclude transgender women from elite female competitions if they have gone through any stage of male puberty. FINA’s scientific panel discovered that even after lowering their testosterone levels with medication, trans women managed to retain a considerable advantage over cisgender female swimmers, as per a news report. Further elaborating on the same, FINA also stated in the document that male-to-female transgender athletes could compete in the women’s category only if they have not experienced any stage of male puberty after Tanner Stage 2 or before the age of 12

FINA president, Husain al-Musallam shed some light on the policy and said that protecting athletes’ rights is important but ensuring that the competitions are fair, especially for women’s competitions at FINA, is also of utmost importance, as per media reports. With this new policy FINA also introduced an “open” category in some parts of the events. Commenting on the same, President Musallam said that an “open” category has never been done before, and will also create an opportunity for everyone to participate at an elite level.

The decision will also impact the celebrated athlete Lia Thomas who became the first transgender woman to win the NCAA Division I women’s swimming title this year. FINA’s decision has received polarising reactions.

The decision will definitely have a major impact on aspiring transgender women swimmers.

This Transgender Couple Had A Traditional Bangla Wedding With All The Rituals And It’s Fatafati!