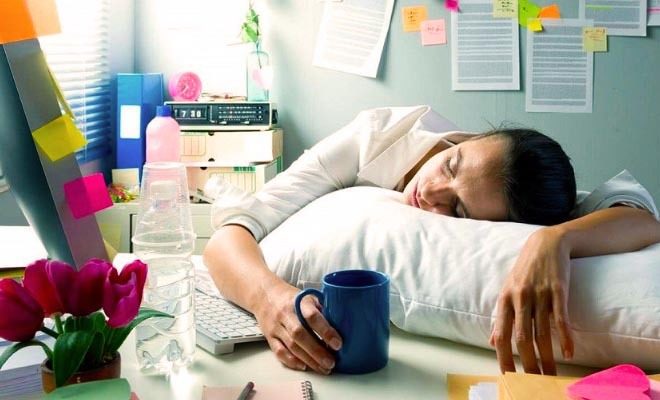 This Bengaluru Startup Announced An Official Nap Time For Their Employees. Boss, You Listening?

A nap while working? Which employee would not want that? While we all just wish for it, a startup based out of Bengaluru has stepped forward to grant this wish to their employees. The startup has legit announced an official nap time for employees. The director of the company Wakefit, Chaitanya Ramalingegowda, in an official mail to his employees announced 2-2:30 pm to be their official dozing off time. Afternoons are hard to get work done and therefore the company has allowed employees to ‘rightfully’ take power naps then.

The director backed up this decision with a study from NASA. The research proves that a 26 min nap boosts an employee’s performance by 33%. A Harvard study also shows how naps prevent burnout. 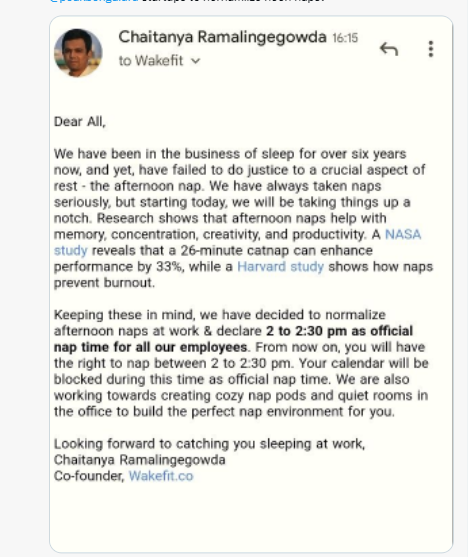 He further mentions that since Wakefit has been in the mattress business for almost six years, not considering afternoon naps were a failed justice on the company’s part. Therefore they would lock the 2-2:30 PM schedule for employees’ sleeping time. The startup also plans to make cosy pods and give its employees a proper environment to get that sound sleep.

Apart from being a shrewd marketing stroke, the decision has been getting a positive response from the people on the internet. Everybody is hoping to get similar perks from their workplace as well.

This announcement can prove to be a revolutionary change in the conventional ways of working. The continuous and long working hours can be exhausting. This can bring about a welcome change to the situation. We hope to see more such unconventional decisions by other companies in the future. CC: My boss, you listening? *runs in opposite direction*

Study Shows Women With Belly Rolls Are More Stigmatized Than Those With Big Butts, Even If They Weigh The Same. We Aren’t Surprised