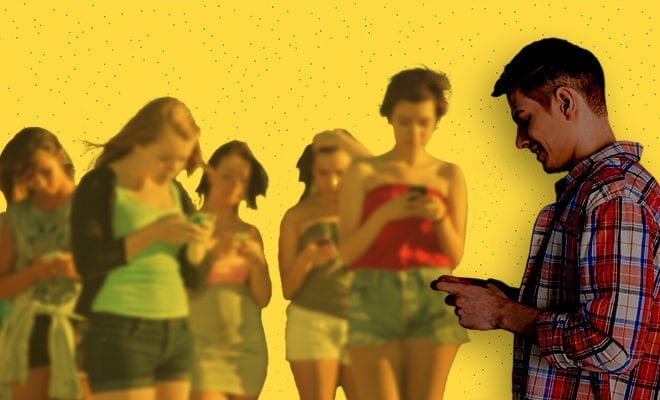 Bad Flirt Alert: This Man Accidentally Sent A Group Text To 13 Women Asking Them If They Were Single

When you’ve been single for as long as I have, you have a very contentious relationship with online dating. Downloading the app, talking to strangers, going on a few dates, getting bored and then deleting the app. It’s a vicious circle. After all this time, I realised that online dating is like taking part in Takeshi’s Castle. Winning is next to impossible and in all probability, you will end up falling face first into the muddy water. Metaphorically speaking of course. Don’t be discouraged by my pessimism though. There are good aspects of online dating too. All the amazingly bizarre and hilarious people and stories you come across, for instance. Just like the one we are going to discuss today. Brace yourself, it’s a good one.

Recently, a man named British Will who lives in New York wanted to ask out all the women he had matched with on a dating app a while back. He decided to send them all texts asking them to meet him. Accidentally though, British ended up creating a group chat with all the 14 women and sending them one single message. A rookie mistake and kind of creepy one at that.

British wrote in that message, “Hey stranger! We matched on Bumble last year but didn’t meet due to COVID. I just arrived back in the city and was wondering if you’re still single!? (British Will!).” He sent this to 13 women at once in a group chat. Naturally, they all realised what he had and went on to brilliantly call him out for it. One woman replied saying, “Ew did you just text 14 girls at once. Goodbye, sir.” While another said, “Also I went on a date with him, and he def catfished… just FYI”. Am I the only one clutching my stomach and laughing at this? It’s so hilarious.

Man accidentally sent group text to 13 women asking if they were single and it sums up dating in NYC https://t.co/33h2FAGryr

Also Read: This Girl Sneaked Into A Prison To Meet A Guy She Met Online. Wow, That’s A Lot Of Commitment

Eventually, after being called out for his ridiculous mistake and for catfishing British left the group which was renamed, “British Wills angels”. The women started making plans to meet up and are extremely grateful to British for bringing them together even though the circumstances were extremely bizarre. One of the women even invited everyone else to her rooftop and another said that this accidental friendship was, “the best thing she has ever been a part of.”

Isn’t it amazing how women can connect so easily and having each other’s back no matter what? It’s true what they say, mutual hatred for someone creates the best friendships. Such sweet irony. Screenshots of their group chat have gone viral and netizens are soaking up every bit of entertainment. This is such a classic dating blunder!

BTW, who can I talk to about this joining this group?