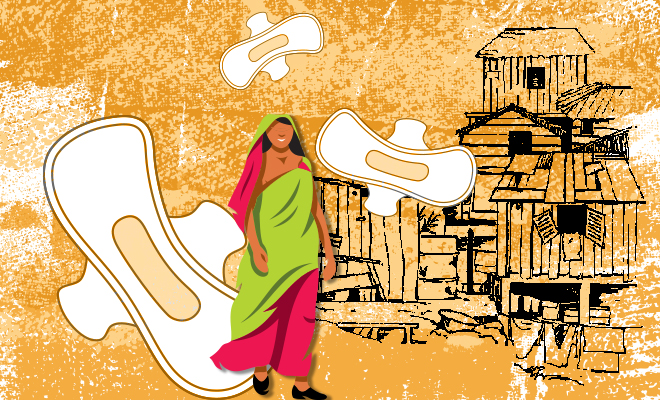 An NGO In Bhopal Distributed Free Sanitary Pads To Women In Slums. We’re Glad Someone Is Thinking Of The Women

We’re the privileged and entitled millennials. How do I know? Because most of us, right from the beginning of the nation-wide lockdown, started throwing tantrums about our first-world problems of not having enough reason to spend our money, not having anywhere to go to on Saturday nights or not being able to meet our friends, where in a different part of the same world and reality, there are people who had more than enough reasons to throw a fit. And not about unreal problems like ours, but like no access to even basic of their healthcare requirements that were posing a threat to their survival. It was perhaps then that I realised that at a time when people are actually struggling with real problems, we can’t be whining about having lost our luxuries.

Which is why when, a few NGOs and compassionate people took charge of catering to and bringing to the underprivileged the most basic healthcare essentials, we knew that our faith in mankind had been restored.

And we are talking about this because a non-profit organisation run by students in  Bhopal has come together to help out the women from the slums of Bhopal,by distributing free sanitary packs and amenities. And honestly, seeing how a bunch of driven and informed citizens could come together to take care of the most neglected ones during such a time has come like a breath of fresh air.

The organisation which is called Manasa, raised a total of Rs 16,000 to distribute at least 3,000 sanitary napkins to women residing in the slums who couldn’t afford it otherwise. The founder of the organisation, Janvi Tiwari said, “Our group, which primarily consists of students, raised money for poor women. We pooled in Rs 16,000 to buy sanitary napkins.” She further said, “I realised that women living in slums would find it difficult to purchase sanitary products during the lockdown. I didn’t want them to use unhygienic cloth strips that can cause infections.”

We laud such people and their selfless efforts in such troubled times, and hope that everyone shows a bit of compassion for others, to together fight and survive this state of pandemic!

Also Read : Meet Lokmani, The Woman Who Distributed Cold Drinks To Policemen To Appreciate Their Hard Work. We’re So Inspired