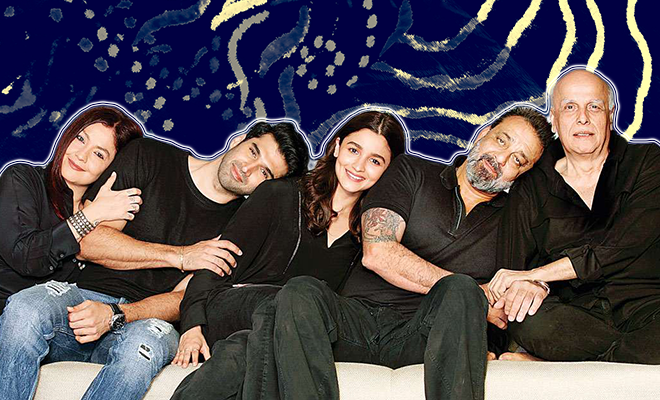 If you’re an Indian kid, chances are that you’ve been made to cry more by your parents than by your ex-boyfriends, collectively. After a point, you’d have a quota of daily thrashing that you got for almost everything from not cleaning your room, to not scoring enough marks, to not finishing the dal in your meal. Yes, it’s varied. But then there are times when they are proud of you. Like the time I saw my father cry when I topped my class and it ended up making me cry as well. A feeling, that was lately experienced by Gully Boy actress Alia Bhatt too at the sets of her upcoming movie Sadak 2.

The young star kid, who has been making waves in the industry with one stellar performance after another, is currently busy shooting for her upcoming project Sadak 2, with the veteran filmmaker Mahesh Bhatt, and seems like working with family is bringing out the emotional side in the father-daughter duo.

In a recent interview with the actress, Alia Bhatt shared how while shooting an intense scene, Alia broke down and started crying, only to find father and director Mahesh Bhatt crying himself, after seeing her performance from behind the camera. On seeing him cry, the young actress couldn’t hold back and started crying even more. And honestly, we too can relate.

Also Read : Alia Bhatt’s Chanel Bag Is Worth Three Lakhs And She Casually Wore It To The Airport. We Want That Life

Our parents, no matter how harsh they are to us from time to time, of course for our own good, are always seen as pillars of unwavering strength, and so when a child witnesses them break down, all and every emotion inside of us amplifies. And that is perhaps, exactly what happened when Alia joined her father in the middle of an emotional scene, knowing that it may have not been according to the script, but it did bring the two closer and that was worth so much more.

Alia also shared how she doesn’t care about the outcome of the film as she finds herself overwhelmed by the joy of working with her father and connecting with him, through this movie. And we think there is nothing wrong in it. Working with your parents is a different and enlightening experience altogether, and we hope the father and daughter duo of Bollywood end up making most of it.

The film, that also stars Alia Bhatt’s sister, Pooja Bhatt who is making a comeback for the director dad and this is a filmy family reunion. Other actors who would be seen starring alongside the Bhatt sisters would be Sanjay Dutt, who was also in the original movie Sadak with Pooja Bhatt. The movie is going to revolve around the father-daughter relationship between Sanjay Dutt and Alia Bhatt, and is set to hit the theatres on July 10, 2020.

Also Read : Ranbir Kapoor Was There For Alia Bhatt When She Was Heartbroken. Don’t Go By His Disinterested Look, He Does Care For Her.