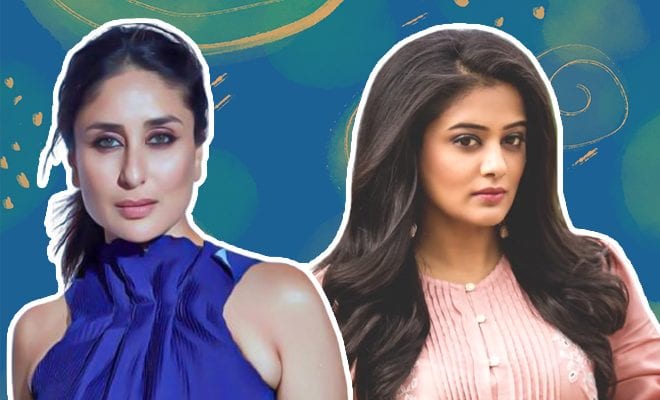 When I watch Bollywood movies, I sometimes wonder what the lives of these stars are like. The exotic vacations, the fame, the shopping from luxury brands and of course, not having to worry about making ends meet. It almost seems like they’re living a dream life. Although, when you think about it, they too face some of the same issues we do. Pay parity and gender bias, for instance. Like most industries, Bollywood is fueled by testosterone. They can’t stand to see a woman grow. So when Kareena Kapoor Khan demanded a fee hike to play the role of Sita in a Bollywood adaptation of Ramayana, she was faced with overwhelming criticism. Thankfully though, numerous actresses have come to her defence.

When a man, working in our entertainment industry or not, hikes his fees, he is congratulated and called strategic. But when a woman demands more money for putting in the same amount of work and effort as a man, she is shamed and judged. It’s baffling that these ridiculous double standards are an accepted practice. This issue was raised and brought to the forefront when Kareena Kapoor Khan decided to hike her fee to a whopping 12 crore.

This controversy made headlines after various actresses came out in support of Kareena. Most recently South Indian actress Priyamani told an entertainment website that Kareena asked for this amount of money “because she deserves it”.

The Family Man's Priyamani supports Kareena Kapoor over alleged fee hike to play Sita: 'How does that matter?' https://t.co/X738A88zWa

Also Read: Taapsee Pannu Said Kareena Kapoor Being Trolled For Hiking Her Fees For Sita Reeks Of Sexism. We Agree!

We completely agree with Priyamani. Why can’t an award-winning and acclaimed actress like Kareena charge Rs 12 crores for a movie when most actors get paid twice or thrice as much? It’s sexist and shameful. What’s worse is that trolls dragged religion into this by saying that she is a Hindu who married a Muslim and so, she can’t play the role of Sita. What does Kareena’s personal life have to do with anything? Why do people find it so difficult to let women grow?

Before Priyamani, Taapsee Pannu stood up for Kareena. In an interview, she said, “If it would have been a man in that position, who would have asked for a particular amount, it would have been looked upon like, ‘iski market badh gayi hai (his worth has improved)’. Like that guy has really achieved big success in life. But because a woman is asking for it, she’s called ‘difficult’, ‘too demanding’. It’s always like that.”

This entire issue is sexist and extremely problematic.

After Movies And Radio, Kareena Kapoor Khan Now Has Her Own Book