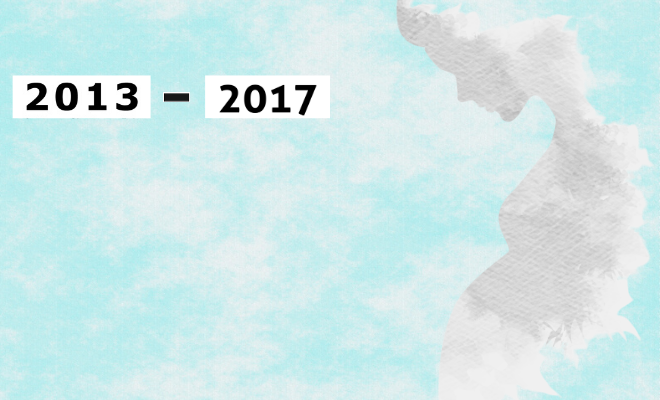 When I was a kid, I used to stumble upon television ads aimed at stopping pre-natal sex determination. It had become illegal in India in 1994 and I assume for a couple of years, they made campaigns so the people knew. The ads would have doctors refusing to reveal the sex of the baby or something. And I obviously didn’t understand back then what was happening. But as I grew up I realised that in our country, several people consider giving birth to a daughter a curse. So many people pray and hope for a son, instead of giving their daughters equal opportunity to explore their full potential. But as I tried hard to wrap my head around this, I was hit hard by another fact! The ads that I was coming across on TV were put out there to stop foeticide and infanticide. Because usually, that’s what happens when these parents don’t like the sex of the baby. As if they are a piece of clothing that can be exchanged for a different size or colour.

And now that we all know foeticide still exists in India, I just got another shock. The situation is worse than we thought. Sure, we don’t go into the interiors of India and check how many people are guilty of gender biased sex selection. So we don’t know how deep we are in this shit. But a UN report has revealed that son preference among Indian families has led to around 460,000 girls missing. These girls were born in the years between 2013-17.

What’s worse is that India and China accounted for 90% of the girls missing at birth all over the world. “According to estimates of missing female births due to pre-natal GBSS (gender-based sex selection), averaged over a five – year period (2013-17), annually, there were 1.2 million missing female births, at a global level due to GBSS. It is highlighted that two countries – China (50%) and India (40%), together account for about 90% of the estimated 1.2 million girls missing at birth,” reads the report.

The study reveals how India’s gender bias is responsible for the country’s position in missing female births. “Son preference is an expression of the low value that girls are afforded in some communities. It often reflects discriminatory socio-economic practices and traditions…Such traditions place huge pressure on women to produce sons. Some women may even face abandonment or violence if they have daughters instead of sons,” says the report by the UN.

According to the UN report, India has the highest rate of female deaths and a large number can be attributed to sex preference. One in nine female deaths below the age of five in India is due to GBSS. Attitude towards gender combined with economic issues makes it difficult to eradicate this issue from our country.

The study reveals that initiatives that support girl child education and upbringing may help reduce missing female births in India. “The report said that successful education-related interventions include the provision of cash transfers conditional on school attendance; or support to cover the costs of school fees, books, uniforms and supplies, taking note of successful cash-transfer initiatives such as ‘Apni Beti Apna Dhan’ in India,” reports TheHindu.

Things can get worse for women

If this continues, the female-male ratio will widen and by 2055, India will be at the peak of this gap. This will lead to a “marriage squeeze” which means that there will be more willing grooms and less number of brides. The report says that it can result in child marriages and bride trafficking – local or from beyond the borders.

Meanwhile, The UN report also warns that COVID-19 could potentially disrupt efforts to end some harmful practices such as child marriages, resulting in an additional 13 million child marriages between 2020 and 2030 globally. It is cited that India has seen a significant decline in child marriage over a decade from 47% in 2005-06 to 27% in 2015-16.

It’s not like we haven’t been saying this all along, but the UN has said it too. The report says that to deal with this issue, it’s important to get rid of gender inequality in the first place. “Tackling the root cause of son preference and gender-biased sex selection – gender inequality – may be more effective, and it yields benefits for all of society,” the report says.

The UN has urged countries to provide political and social support in order to curb female foeticide, a move that should be considered an emergency in India. The report advises, “Strong political commitment and community-level action are also needed. Access to education and reproductive health services helps to empower women and improves their health, productivity, and status. Other policies can also play a key role. Laws permitting daughters to inherit property, for example, can signal that men and women have equal rights.”

I believe gender-discrimination has led to far more deaths in India that coronavirus has. So which is the bigger pandemic here?

ALSO READ: The Number Of Child Marriages Has Gone Up Significantly. Girls Are Being Married Off Due To Poverty And Because They’re Seen As Liabilities