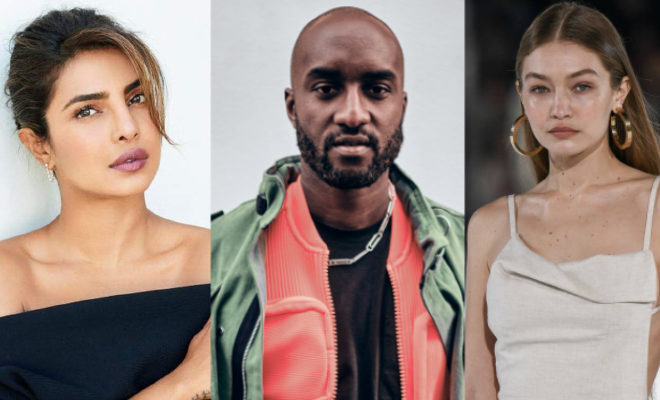 Fashion Luminary, Virgil Abloh Passes Away At 41: The Man Who Brought Street Wear To Spotlight

On November 28th, 2021, the fashion industry woke up to the untimely demise of popular American fashion designer, Virgil Abloh, the CEO of Offwhite and artistic director of Louis Vuitton’s menswear collection. Battling a rare form of cancer, the celebrity designer passed away at the age of 41, which sent shockwaves globally.

Breaking the news, a statement on the luxury group LVHM (Louis Vuitton Moët Hennessy)’s Twitter handle read, “We are all shocked after this terrible news. Virgil was not only a genius designer, a visionary, he was also a man with a beautiful soul and great wisdom. The LVMH family joins me in this moment of great sorrow, and we are all thinking of his loved ones after the passing of their husband, their father, their brother, or their friend. We are devastated to announce the passing of our beloved Virgil Abloh, a fiercely devoted father, husband, son, brother, and friend.”

LVMH, Louis Vuitton and Off White are devastated to announce the passing of Virgil Abloh, on Sunday, November 28th, of cancer, which he had been battling privately for several years. pic.twitter.com/CytwZLvSFu

Synonymous with streetwear, Virgil Abloh’s vision to bring sneakers to the runway, made him the arbiter of cool and to many known as the generation’s Karl Lagerfeld. A Ghanaian American with a degree in engineering and architecture, the celebrity designer’s journey from an internship at Fendi in 2009 to founding his label Off-white in 2012 to even spearheading the menswear collection at luxury giant Louis Vuitton, added to some iconic design milestones scripting history in the world of fashion. Amongst them is being the first black American creative director of a top French fashion house.

An influential name in the industry, Virgil Abloh’s creative contributions include designing popular rap album covers like Ye’s (Kanye West) Watch The Throne, teaming up with Nike, for a collection that made headlines, and even curating the popular super-hero themed look for the tennis star Serena Williams in 2019. Illustrating important messages of inclusivity, gender fluidity, and his undying love for music, through a distinct design language, his collaborations with celebrities like Ye (Kanye West), Gigi Hadid, Kendall Jenner, Hailey Bieber have been iconic design affairs.

Mourning the death of Virgil Abloh, popular names like Priyanka Chopra, Sonam Kapoor, Karan Johar, David Beckham, Justin Bieber shared a message over their Instagram stories. While celebrities including Hailey Bieber whose wedding dress was designed by Virgil, Gigi Hadid, Kendal Jenner described their bond with the late designer through an emotional string of words over their social media handles.

He is survived by his wife Shannon, children Lowe and Grey, sister Edwina and parents Nee and Eunice. Rest in peace, visionary.