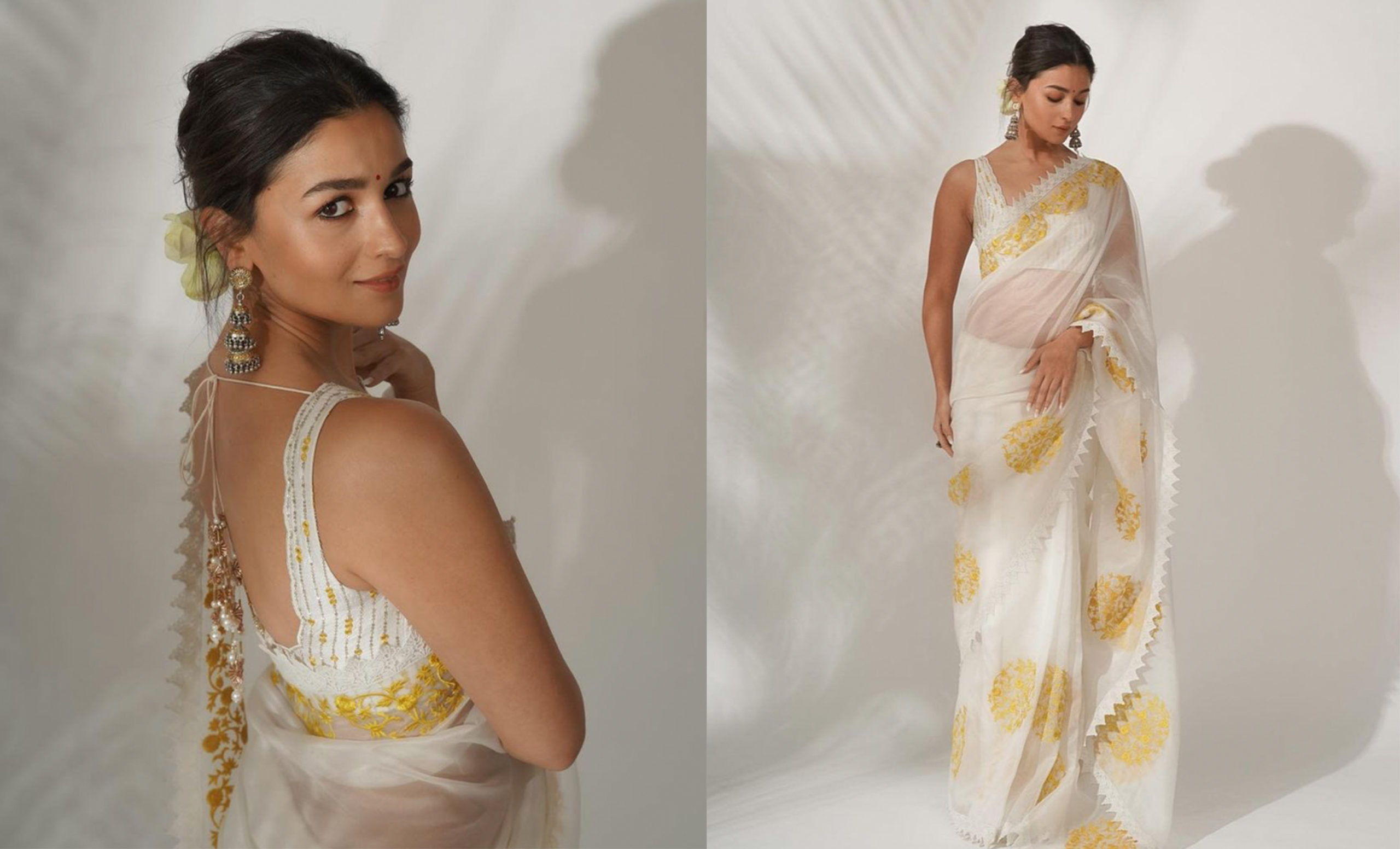 Okay guys, Alia Bhatt is all set for Gangubai Kathiawadi promotions and we’re excited to finally see this chaand sa mukhda showcase her fashion A-game. On Thursday, the actress stepped out along with actor Ajay Devgn and director/producer Sanjay Leela Bhansali to kickstart the promotions of her much-awaited upcoming film Gangubai Kathiawadi. She was spotted dressed up in a beautiful sheer, white saree by the label Devnaagri. Replete with sunny-yellow embroidery around the borders and white lace detailing, she teamed the saree with a beautiful cut-work blouse, adorned with pearl and gold tassels. However, the Raazi actress opted for a subtle dewy look for her makeup, she completed the ensemble with oxidised silver jhumkas and added a beautiful white rose to her messy hair bun. Plus the bindi, gave out some major Gangubai Kathiawadi vibes. We love-love the look Alia. Considering her character Gangubai’s love for the shade white, we think the colour will rule Alia’s promotional wardrobe as well, which has us excited. 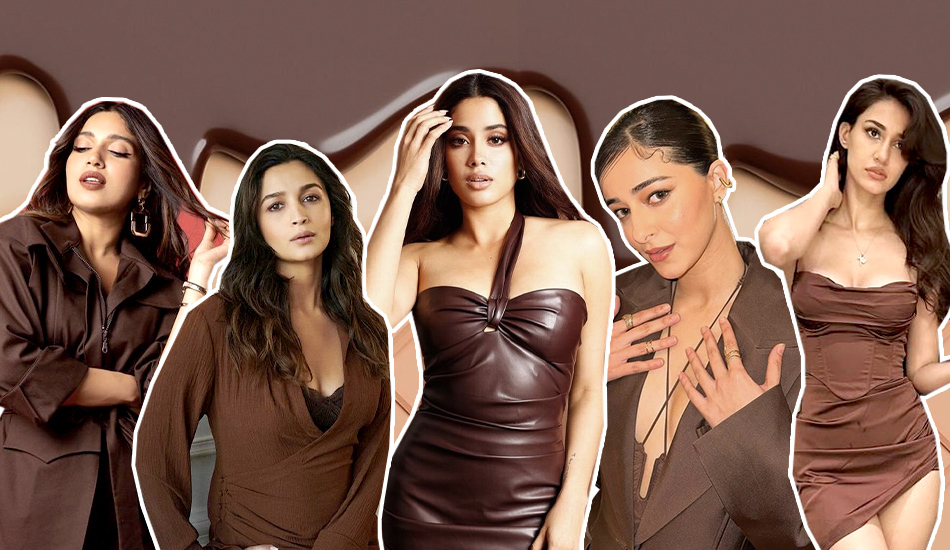 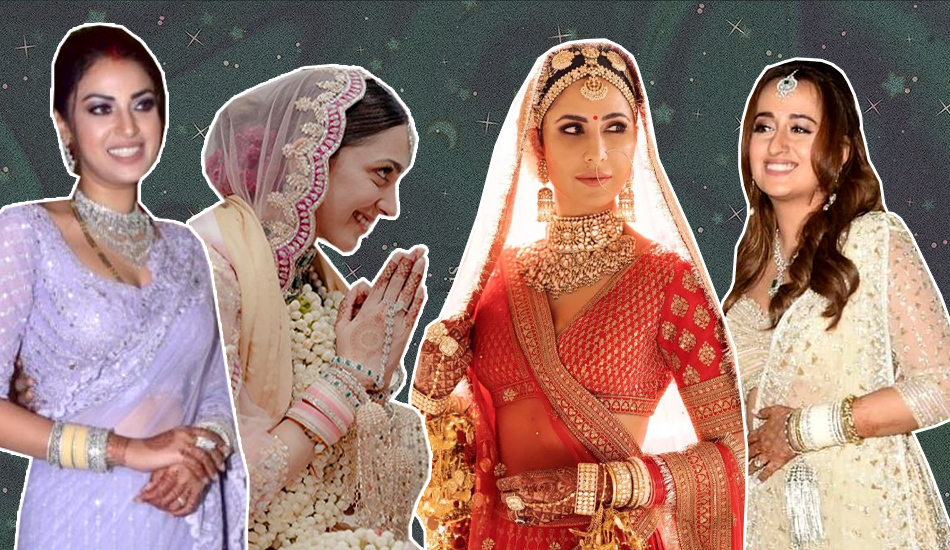 Earlier today, the actress also revealed Ajay Dengn’s look in the film and captioned it as ‘Aa rahe hai kal, trailer ke saath.’ A few days back, she also dropped a brand new poster of the film, featuring herself in a white saree, kohl laden eyes and red bindi. The team is already gearing up for tomorrow’s big trailer launch event. The Sanjay Leela Bhansali directorial also stars actors Vijay Raaz, Indira Tiwari, Seema Pahwa, and Emraan Hashmi. And after a long wait, we’re excited to dive into the world of Gangubai Kathiawadi which is slated to release on February 25, 2022.