PM Modi, Mouni Roy And More Wished Smriti Irani On Her Birthday. But Ekta Kapoor’s Son Had The Most Adorable Wish For His ‘Maasi’ 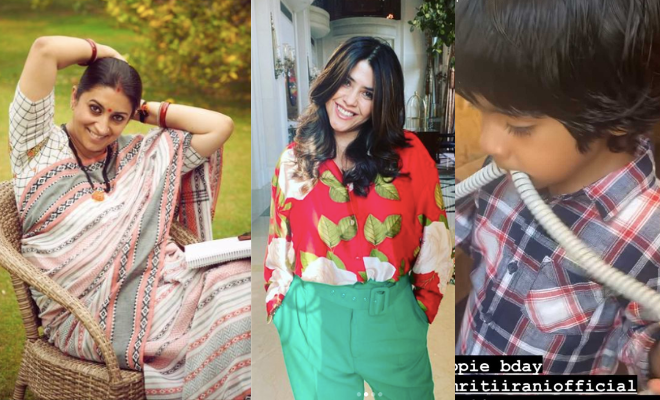 Actor turned politician Smriti Irani turned 46 today and on the occasion of her birthday, wishes are pouring in. The BJP leader who is also the Union Minister of Women and Child Development shares her birthday with actress Kangana Ranaut. On her Birthday several celebs, political leaders as well as public figures wished Smriti Irani. From PM Narendra Modi to Mouni Roy to Ekta Kapoor, everyone is taking this opportunity to wish the actor-turned-politician loads of luck and love. But TBH, we love Ekta Kapoor’s son Ravie Kapoor’s adorable wish for his maasi, Smriti Irani.

In a story posted by Ekta Kapoor, her son Ravie Kapoor is seen calling Smriti Irani with a caption that read, “Happie bday @smritiiraniofficial Massi! We wanna post a love letter for u!! Since u r d best!”. The filmmaker also posted a video compilation of videos of Smriti Irani’s television serial Kyunki Saas Bhi Kabhi Bahu Thi with the background music of the serial. In the caption, Ekta Kapoor shared the letter written by her son Ravie Kapoor for his maasi Smriti Irani. In the letter, Ravie Kapoor wrote that he is 3 years old and has met Smriti Irani ‘very few times’ while adding that his mom has done a good thing by sharing that she has learnt a lot from her. “I hear people talking around me that you’re very, very powerful. But to me – you’re a loving maasi that I know will take care of me from far and will be there whenever I need you,” read the caption. He went on to wish his maasi on her birthday while adding that she is one of the first few people who saw him and blessed him. 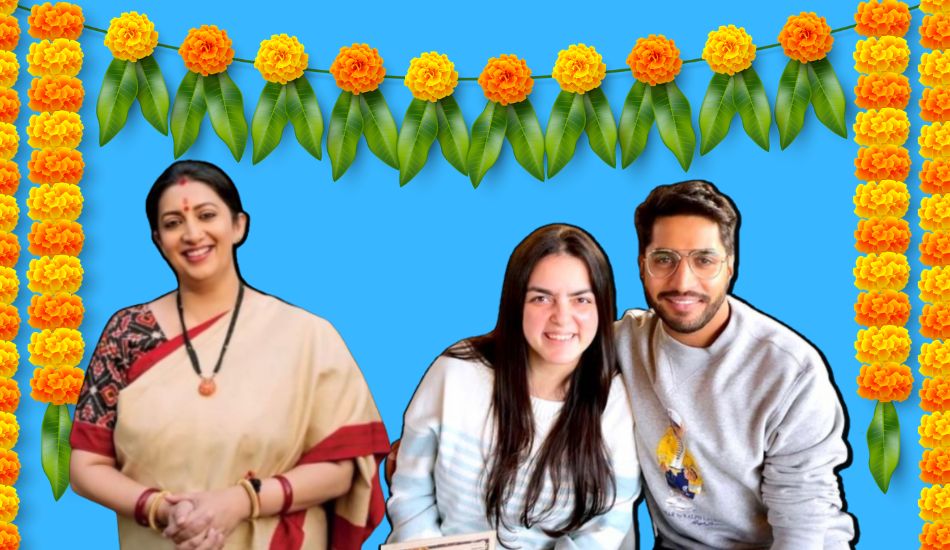 Who Is Arjun Bhalla, The NRI Lawyer That Smriti Irani's Daughter Shanelle Is Set to Marry?

Actress Mouni Roy who worked with Smriti Irani in Kyunki Saas Bhi Kabhi Bahu Thi also shared a post wishing the actor-turned-politician on her birthday. In her post, the actress shared a story from the sets of the daily soap while adding that the actress was not only kind but also sharp and intelligent and spoke 7 languages. She further added that the BJP leader had a flare for reading and shared that that she still have to return some of Smriti’s books from 17 years ago.

Also Read: Marital Rape: Smriti Irani Says Not All Marriages Violent, Not All Men Rapists. We Think The WCD Minister Is Missing The Point

Birthday greetings to Union Minister Smt. @smritiirani Ji, who is assiduously spearheading the Government’s efforts to further women empowerment. May she be blessed with a long and healthy life.

Heartiest wishes to Hon'ble Union Minister Smt Smriti Irani ji on your birthday. Your commitment towards the cause of empowering women & children is tremendous.

May Maa Kamakhya and Mahapurush Srimanta Sankardev bless you with good health and a long life.@smritiirani pic.twitter.com/1B3DRjcu0U

Well, here’s to wishing Smriti Irani all the luck, love and blessing on her birthday. Happy Birthday from Team Hauterrfly!