Shamita Shetty And Raqesh Bapat Make Their Break Up Official 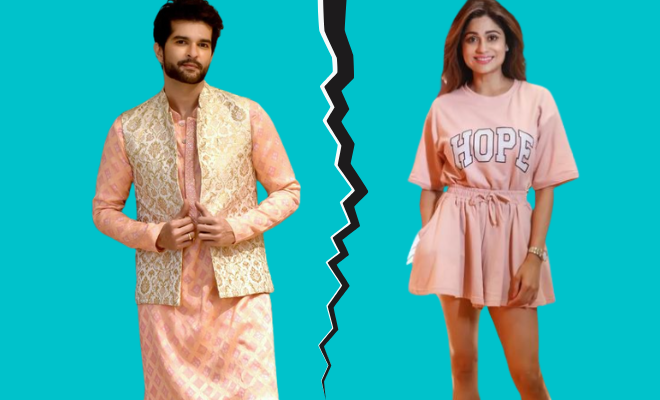 It is not new to see that celebrities who meet on reality shows end up dating once they’re back in the real world. However, more often than not these relationships don’t last long and eventually end, leaving the people involved heartbroken. And that is exactly what has happened with Shamita Shetty and Raqesh Bapat. The duo first started dating when they met on Bigg Boss OTT in August of 2021. Following that, both had taken to their personal social media accounts to share cute PDA moments they shared. But the trouble in paradise started back in March of 2022 when the rumours of them breaking up made headlines. And even though the two of them shut down those rumours at the time, they eventually did part ways. In fact, recently both Shamita Shetty and Raqesh Bapat took to their respective Instagram handles to announce their break up.

Shamita Shetty in her Instagram story said that it was important to make it clear that she and Raqesh Bapat are not together anymore and it has been that way for a while now. Following that, he also announced the same for his fans. 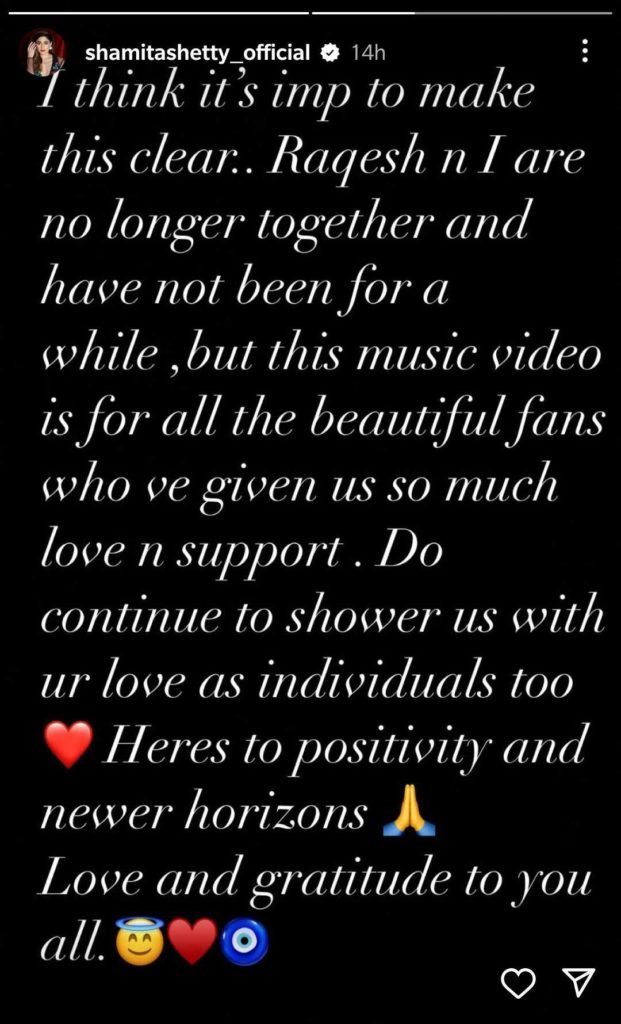 Also Read: Lisa Bonet And Jason Momoa Break Up After 16 Years Together: “The Love Between Us Carries On”

Sharing the news of their break up, Shamita Shetty wrote, “Think it’s important to make this clear. Raqesh and I are no longer together and have not been for a while, but this beautiful music video is for all the fans who’ve given us so much love and support. Do continue to shower us with your love as individuals too. Here’s to positivity and newer horizons. Love and gratitude to you all.” 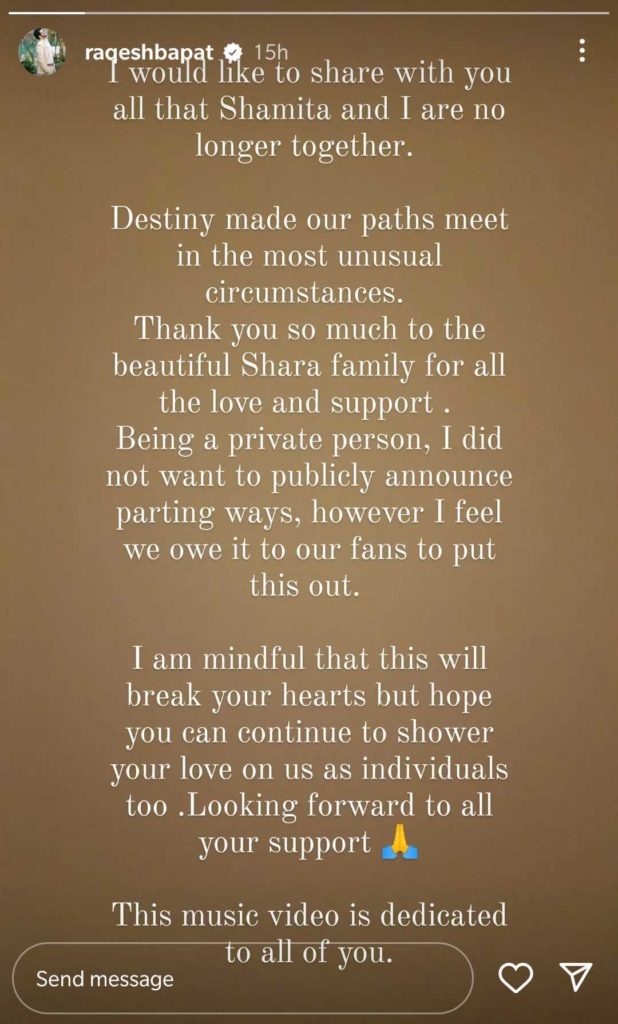 Also Read: Lovebirds Shamita Shetty And Raqesh Bapat Have Reportedly Called It Quits, A Sad News For All The ‘Bigg Boss’ Fans!

Announcing the same, Raqesh Bapat wrote that their paths met in the most unusual of circumstances and that he is grateful for all the love and support the Shara family has given. He concluded saying that despite being a private person, he is announcing Shamita Shetty and his split publicly because they think their fans deserve to know.

By the looks of it, it seems the two have parted ways on cordial terms.

Reddit User Asks If Naina-Bunny End Up Together After ‘YJHD’ Ends. Redditors Are Divided Over Their Married Fate!