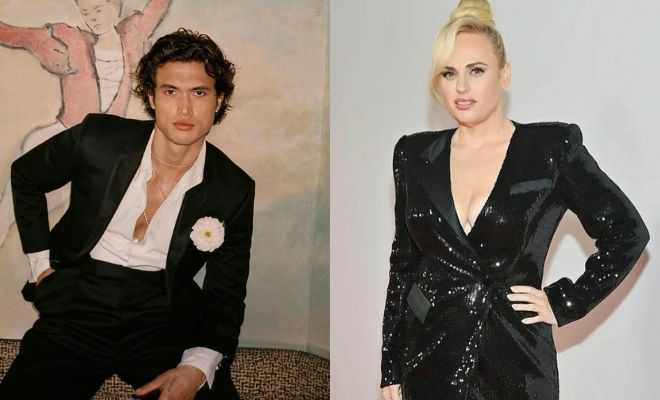 Okay, I’m a lover of good cinema and I watch films and series for the story but I’ll have to admit that at times, I do pick films and series just because the cast looks great. I mean, I can’t help myself but obsess over the actors. And looks like the same thing is going to happen with the upcoming Hollywood film titled K-Pop: Lost In America. Reportedly, Rebel Wilson and Charles Melton will star together in this film. Kaafi drool-worthy cast!

Yes, you heard it right! Pitch Perfect star Rebel Wilson and Riverdale’s Charles Melton will reportedly feature in the film K-Pop: Lost in America. The story of the film revolves around a K-pop band that finds themselves stranded in Waco, Texas, just a few days before their American debut at Madison Square Garden. The movie is directed by South Korean director Yoon Je Kyun. As a K-Pop fan, I’m quite excited to watch this film, to be honest!

Also Read: Rebel Wilson Breaks Her Silence Over “Outing” Controversy. Here’s All You Need To Know About What Happened

According to the reports, South Korean star and member of K-Pop boyband ASTRO – Cha Eun Woo is in talks to join the cast of K-Pop: Lost In America. If the news is confirmed, the True Beauty actor will be making his Hollywood debut with this film.

Also Read: 5 Times ‘Riverdale’ Had Us Wondering What Its Writers Were Smoking. Sabrina’s Turning Betty, Veronica Into Witches!

Well, I’ll have to admit that the cast of the film K-Pop: Lost In America looks amazing. Are you excited to watch Rebel Wilson, Charles Melton, and Cha Eun Woo in a movie together?