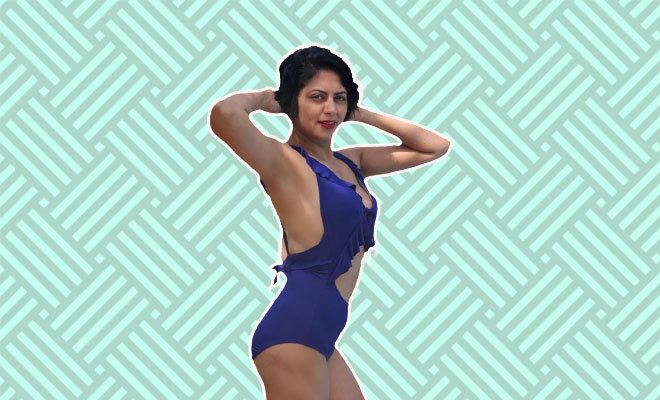 November 7th of every year is a special and important day. Why do you ask? Well, because it is National Cancer Awareness Day. And this year, a few celebs have done something really special for cancer patients. Starting off with Madhuri Dixit’s son who went and donated his hair to cancer patients. Noble, isn’t it? Well, he was not the only one to do so. Television actress Kavita Kaushik got a ‘wicked’ new look after she donated her hair to cancer patients as well. Needless to say, her new look has got the netizens ogling at her.

On Wednesday, Kavita Kaushik took to her Instagram account to share a video with her followers. In the video, the actress revealed that she had got a new haircut – a short bob – and that she will donate her hair to cancer patients.

In the video that came days after the National Cancer Awareness Day, the television actress is seen playing with the chopped strands of her hair. Kavita captioned the video, “And this goes for donation for wig making for cancer patients! Aur mera naya look ? wait karo yaar ❤”

Also Read: Actress Kavita Kaushik Gets An Apology From A Troll Who Sent Her Abusive Messages

Following the video, on Thursday the actress revealed her new look by sharing a series of photos from her poolside photoshoot. In the pictures, she is seen rocking her short bob in a cut-out blue swimsuit. The F.I.R actress wrote below the photos, “Who’s this New chick! I got no idea but she is wicked😈 #newhair”

Also Read: Sonali Bendre And Tahira Kashyap Show Grit And Determination In Their Posts About Being Survivors Of Cancer

It makes me so happy to know that there are celebs out there who are not only raising cancer awareness but are also doing the bare minimum to support cancer patients. And honestly speaking, I, for one, love what Kavita Kaushik has done with her hair.

Tahira Kashyap Hid Her Depression From Ayushmann Khurrana And Their Kids. We’re Glad She’s Talking About It Now.