Kangana Ranaut Thanks Salman Khan For Promoting ‘Dhaakad’, Says He Has A “Heart Of Gold” 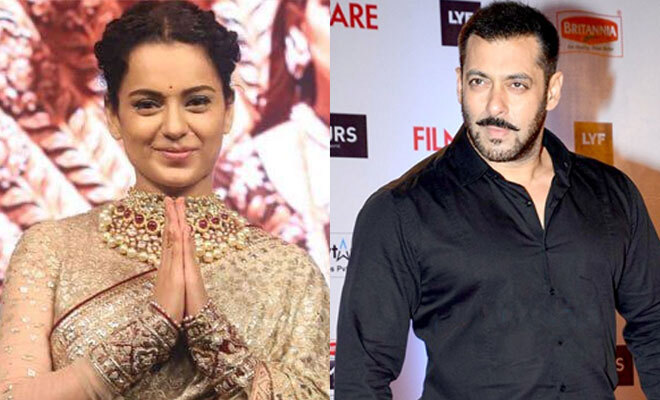 Kangana Ranaut has frequently been in the news for her feuds with several film industry figures. She has been vocal about her dissatisfaction with the industry’s treatment of her. However, the actor’s recent Instagram post praising Salman Khan’s support for her is winning hearts. On Thursday, Salman Khan took to his Instagram handle to share Kangana’s recent movie trailer of Dhaakad and the latter was delighted by this gesture. 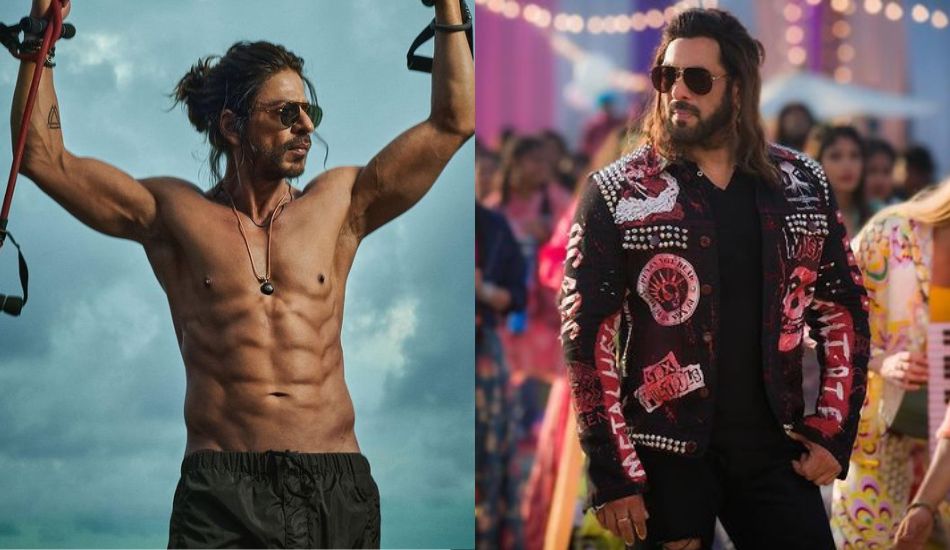 Salman Khan’s post on Dhaakad’s trailer was accompanied by a caption wishing the team the very best. Salman tagged Kangana Ranaut, Arjun Rampal, and the producer Sohail Maklai in the post.

Kangana Ranaut reciprocated by posting a sweet message on her Instagram story. The actor expressed her gratitude to Salman for his support. She claimed that the Dabangg star has a “golden heart.” Kangana also stated that she no longer feels alone in the industry after Salman came forward to promote her film. Kangana further thanked him on behalf of the entire team. 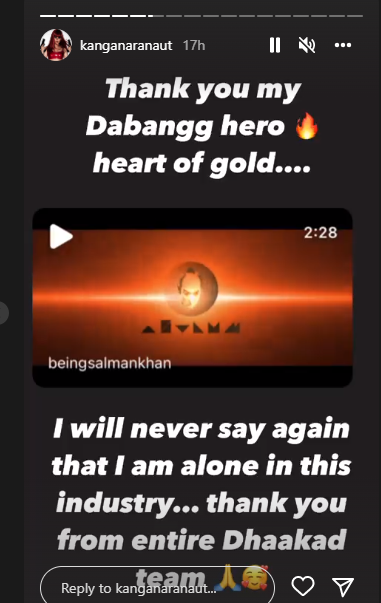 According to the source, this appreciation by Kangana has come days after an interview in which the actor had criticised Bollywood for not appreciating her works. She further said that the people from the industry do not praise her because of their insecurities.

Kangana Ranaut’s movie Dhaakad is set to be released on May 20, 2022. It is an action-packed film that will portray Kangana in a very new avatar. She can be seen flaunting her martial art skills and carrying a fierce look with guns.