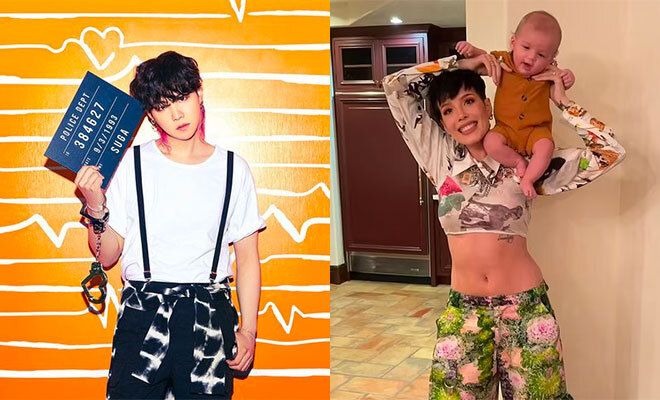 You know, I really like celebrity birthdays because we get to see their other celebrity friends wishing them but sometimes we get cute pictures of them as well. It could be their candid pictures, their childhood picture or they can be posing with a child too and that’s the best part, TBH. And the same thing happened when Halsey shared a cute picture of BTS member Suga cuddling with her baby boy on his birthday. ARMYs can’t stop gushing over it and we totally get it! 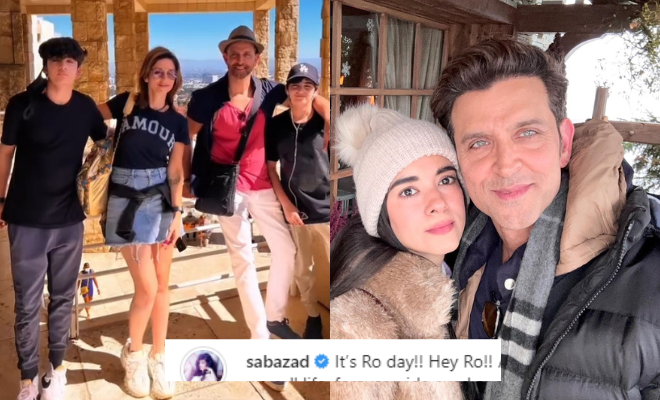 He is receiving a lot of love!

On March 9, 2022, BTS member and rapper Suga aka Min Yoongi turned 29. On his birthday, Halsey who is one of the closest friends of the BTS in the industry wished him by posting a strip of black and white pictures of the ‘Daechwita’ rapper on her social media account. In the first picture, he can be seen cuddling the ‘Without Me’ singer’s baby boy – Ender Ridley Aydin, they both are looking so adorable. In the second picture, Suga is posing for the camera holding a drink in his hand and in another picture, Halsey and Suga can be seen posing together for a mirror selfie. The pictures are blurry yet so cute! Sharing the picture on the Instagram story, she wrote, “happy bday twin (heart emoji),” with a birthday cake sticker. After seeing the cute picture of Suga with Halsey’s son, BTS ARMY can’t stop gushing over it, they expressed their joy on social media.

halsey posted this for suga day on her instagram story, omg 🥺 pic.twitter.com/WXb1UTTNlb

They also talked about their adorable friendship!

Yoongi and Halsey's friendship is so precious! Here's them in 2019 after they released "Suga's Interlude" 🥺pic.twitter.com/OKJUJF16Ra

Jungkook and Jhope also wished their Yoongi hyung (big brother) on their social media account. They are brothers for life, you know! Talking about BTS, they are all set for their ‘BTS PERMISSION TO DANCE ON STAGE – SEOUL’ concert. The concert will be held for three days – March 10, 12, and 13 at the Olympic Stadium in Seoul, South Korea.