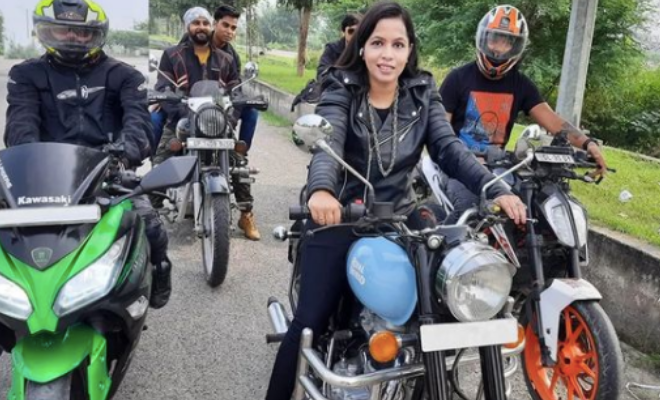 If you love good music then there’s no chance that you haven’t heard the name of the internet’s sensational singer Dhinchak Pooja. Since the beginning of her career, she has been quite popular on social media platforms due to her rather unique content. Dhinchak Pooja enjoys massive fan-following because of her viral music videos like ‘Swag Wali Topi’ and ‘Dilon Ka Shooter’. And we have got some major news for her fans, the singer just released a new song ‘I’m A Biker’ and it has already taken the internet by storm, as expected! 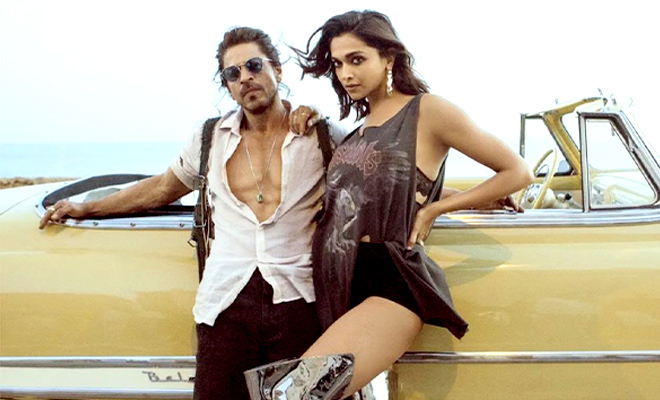 The 28-year-old Youtuber, Pooja Jain grabbed eyeballs after she turned into a biker for her latest track ‘I’ A Biker’. In the music video released on YouTube, Dhinchak Pooja can be seen dressed in a typical biker attire. We spotted her wearing a classic black leather jacket as she rides a bike along with other bikers. Though it really doesn’t make any sense but guess, that was the aesthetic. ‘I’m a Biker’ is a classic Dhinchak Pooja style song with the usual rhyming lyrics in Hinglish. “I’m biker, jaise koi tiger, mote thodi diet kar, tu bhi mujhe like kar,” sings the Youtuber. As out of tune as it sounds, that’s just Dhinchak Pooja’s USP and I must say, it does make her stand out.

The song is currently trending on YouTube with more than 141,704 views. Though Dhinchak Pooja has chosen to turn off the comments section of this YouTube video, fans have taken to other social media platforms to express their excitement. And believe me, it has triggered a meme fest on Twitter. This is too funny to handle, TBH!

Dhinchak Pooja has released her new single ‘I am a Biker’,
So now we have to fight 2 Viral Adversities.#dhinchakpooja

This reaction deserves the title of ‘Best Reactions’ of all time!

This user enlightened us on how this song is a ray of hope for all of us in this difficult time and we are so glad about it!

Best thing about this song, amongst many others (hard to pick one) was the roar of tiger when she calls herself a tiger riding bike. Queen Pooja Dhinchak is a ray of hope in such gloomy times of COVID https://t.co/IYMacPwFH7

I also love it how she is unabashed and does not get carried away by body positivity crap and tells people to diet. Also how apolitically she says peechhe se na thoka kar

Also Read: Lucky Ali’s Acoustic Version Of The Song ‘O Sanam’ Is Taking Us Down The Memory Lane And Making Us Feel Very Old

We can’t stop grooving to Dhinchak Pooja’s latest track. She just made our whole year by releasing this song in the first month of 2022. Tell us your thoughts about this catchy song!

A Visually Impaired Girl’s Cover Of A.R. Rahman’s Song Has Impressed Everyone Including The Maestro Himself. She’s Unbelievably Good.