BTS Teases The Release Of OST ‘Stay Alive’ By Jungkook And Suga For ‘7 Fates: CHAKHO’ 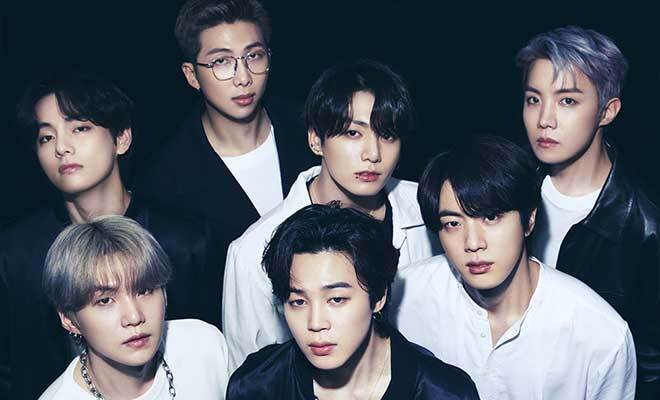 Do you know what’s the biggest problem when we stan a musical group? It takes them years to release an album or even a song and we just have to patiently for it. But seems like the wait is finally over for BTS ARMYs as BTS teased the release of their much-awaited song ‘Stay Alive’. Today, the Korean boyband released a short teaser of the song ‘Stay Alive’ which is produced by Suga aka Ming Yoongi and sung by Jungkook for their webtoon 7 Fates: CHAKHO and we can’t keep calm, TBH!

The first episode of 7 Fates: CHAKHO was released on Naver and Wattpad on January 15 and it is already breaking many records, as expected. After that, BTS decided to surprise their fans and released the audio teaser of ‘Stay Alive’ on all social media platforms. In the seventeen second video, we can see the backs of two animated characters representing the members Jungkook and Suga who are the creators of the single. Talking about the song, the audio starts with a soft tune and ends with Jungkook’s melodious voice as he sings, “Please just stay alive.” It already sounds so amazing!

Take a look at the teaser here:

Also Read: Suresh Raina, Neha Kakkar, BTS, And Many More Celebs Are Dancing To ‘Pushpa: The Rise’ Songs And We Are So Loving It!

The single ‘Stay Alive’ will be available through Naver Webtoon on February 5, 2022. On February 11, it will be released across all digital platforms. With the webtoon 7Fates: CHAKHO, HYBE LABELS is stepping into the world of the webtoon. According to the reports, the webtoon is inspired by the tiger-hunting officers of the Joseon dynasty called chakhogapsa. It is set in a futuristic city and follows the journey of seven boys (portrayed by BTS) as they face several problems together and grow in the process.