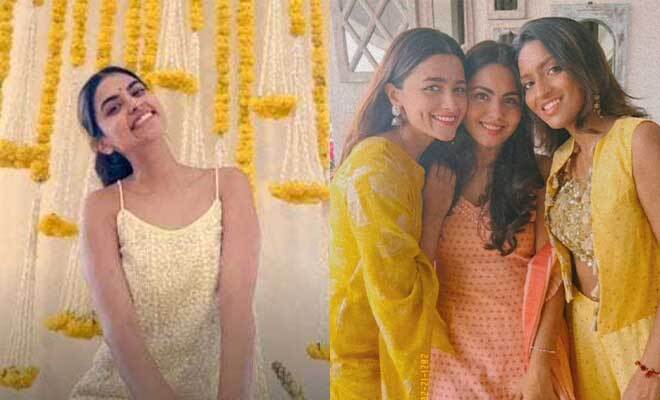 Alia Bhatt is quite busy these days as she is promoting her upcoming multiple-starrer films including S.S. Rajamouli’s RRR and Ayan Mukerji’s Brahmastra. But she managed to take some time out from her busy schedule for her friend’s pre-wedding festivities. Alia Bhatt was one of the bridesmaids at her school friend Meghna Goyal’s haldi function. The Gully Boy actress is looking so gorgeous in yellow.

Alia Bhatt wore a beautiful yellow dress for the haldi function. She accessorised her look with matching jewellery and kept her hair loose. Devika Advani, Tanya Saha Gupta, Riya Chatterjee, Akansha Ranjan Kapoor, Kripa Mehta, and Disha Khatwani were also present at the function. The Highway actress was all smiles as she posed for the pictures with her friends. She also posted a beautiful picture of the bride-to-be and wrote, “My Sweet Girl.”

Take a look at the pictures: 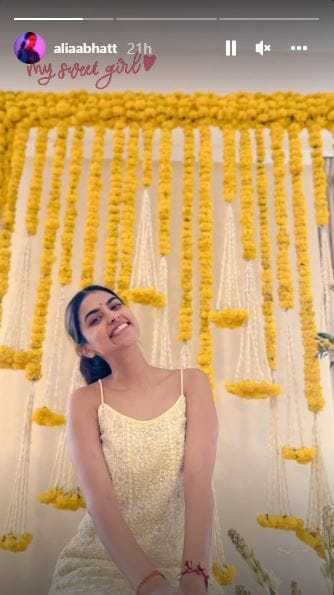 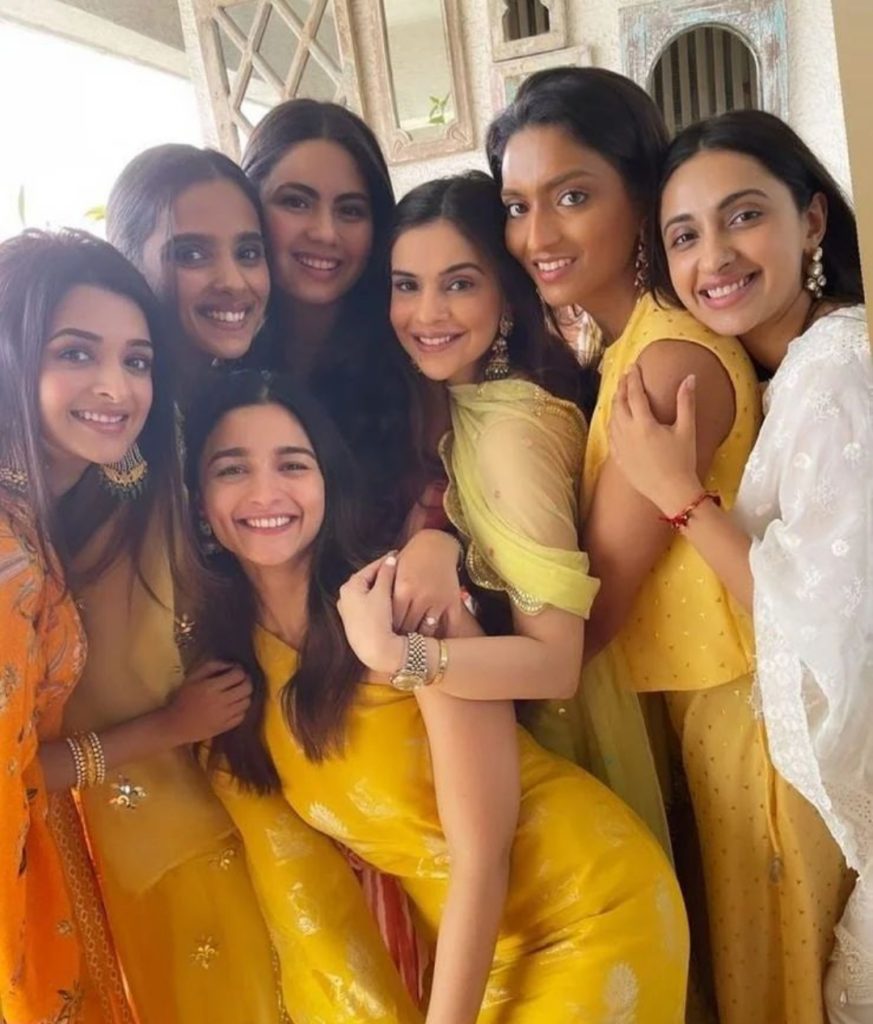 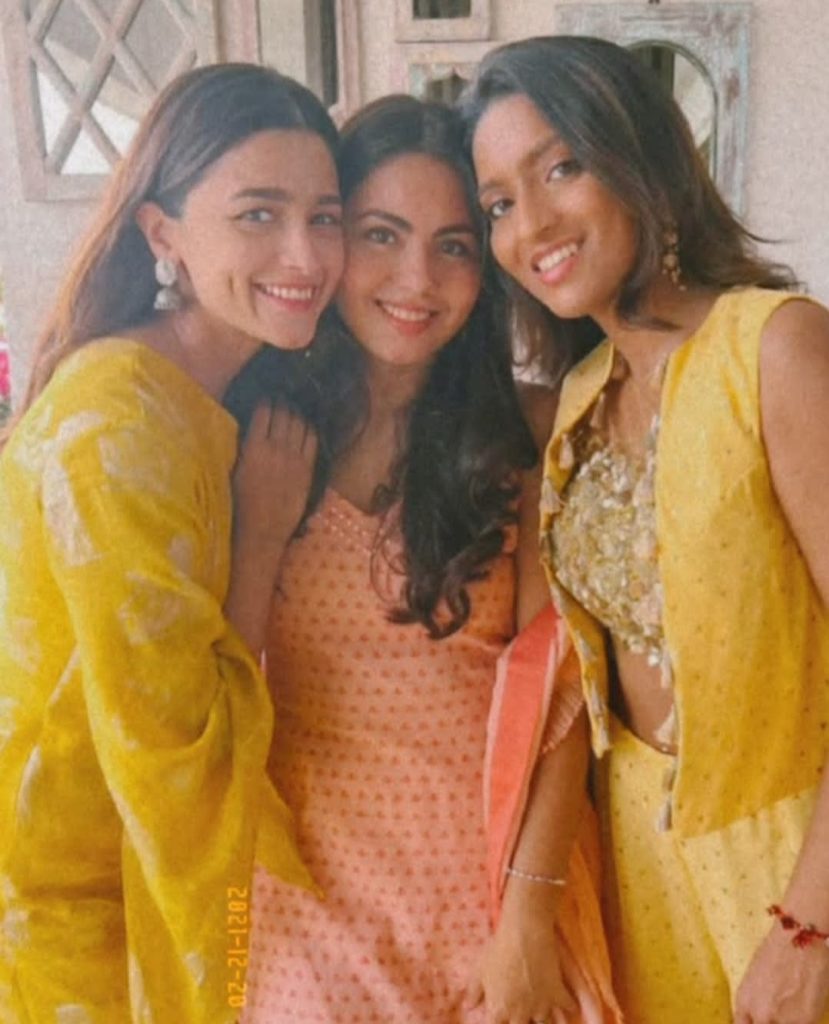 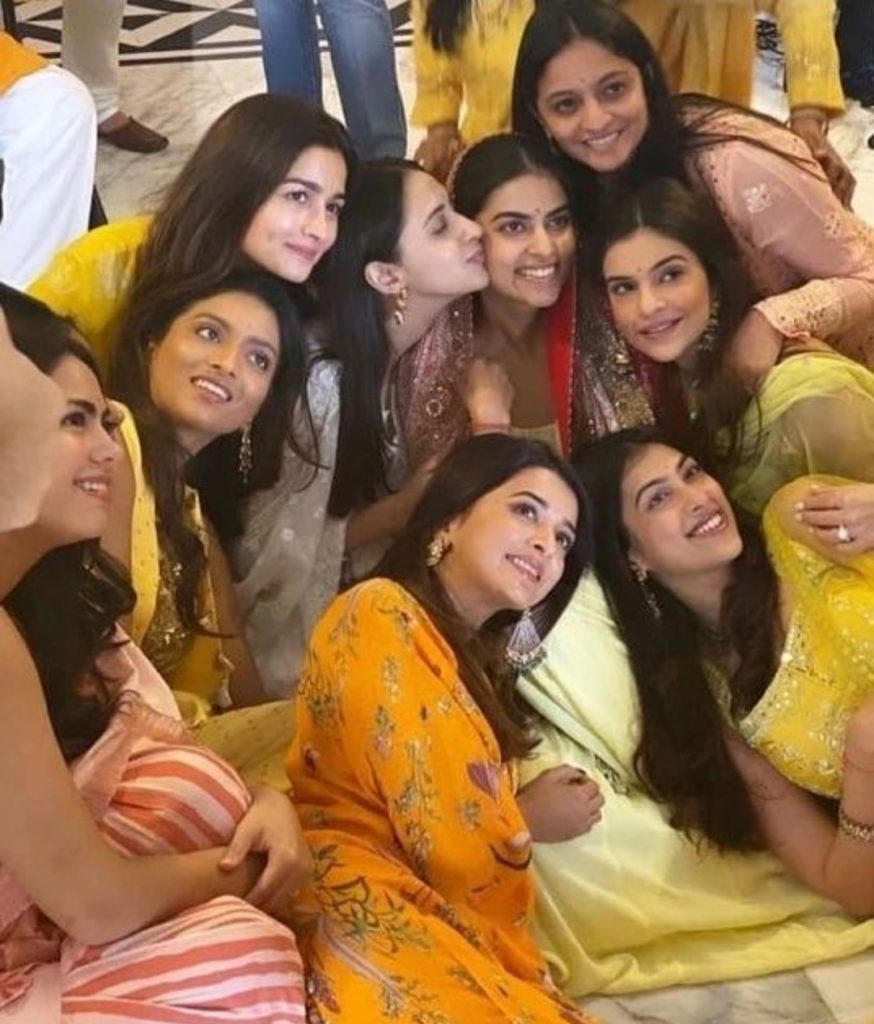 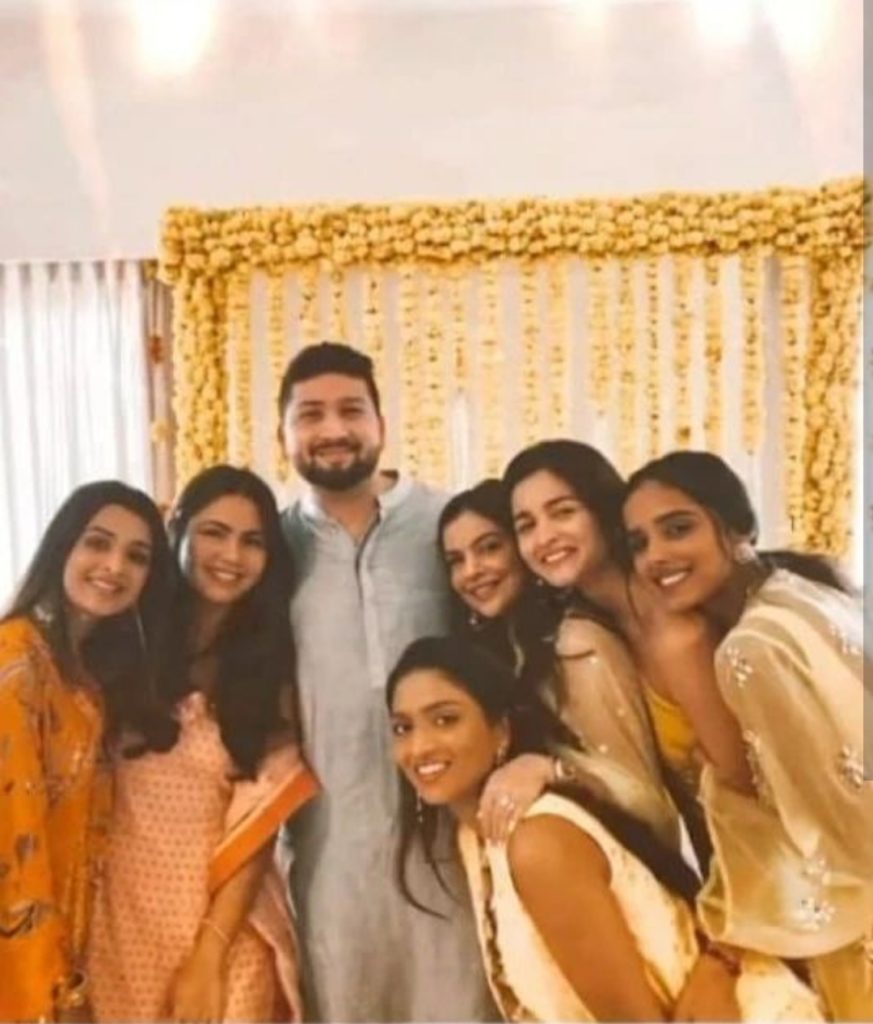 A few days ago, Alia attended Meghna’s bachelorette party with Akansha and Anushka Ranjan and others. The event took place in an open-air garden. It had a tent-like wooden instalment decorated with fairy lights.

RRR is a period action drama that also features Jr NTR, Ram Charan, and Ajay Devgn among others. In the trailer, Alia Bhatt looks absolutely beautiful. She is seen donning a saree with traditional Indian jewellery and makeup. RRR will release on January 7, 2022.

Meanwhile, Brahmastra is a fantasy adventure epic written by Ayan Mukerji. Recently, the makers of the film released the first look of Ranbir Kapoor’s character from the film. Ranbir is playing Shiva, a man with supernatural powers. According to the reports, Alia will play his love interest and Amitabh Bachchan features as his guru. The film also stars Nagarjuna and Mouni Roy. Brahmastra is set to release in theatres on September 9 next year.

Ranbir Kapoor’s Girlfriends May Change But His Disinterested Expression Is Constant. Why Though?