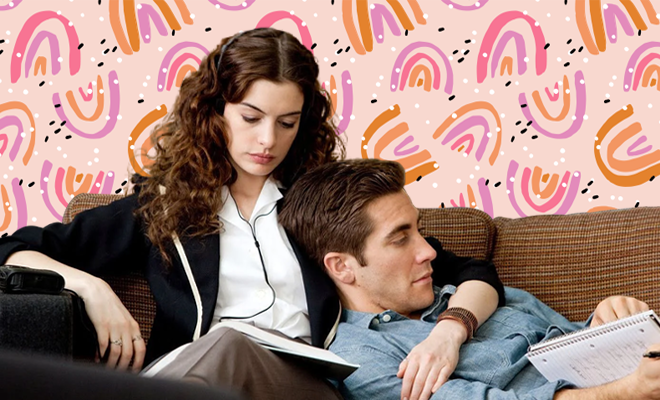 Have you ever been with someone wholeheartedly but not officially? How do we land ourselves in this situationship? When we are with them, it feels so good you just don’t have the heart to put a full stop to all that loving and cuddling. He feels like he is yours, his hugs feel your safe haven, his kisses heal all the wounds that ever existed in your soul. You pretend that you are not getting attached because hey, you are so aware that there is no relationship. But your heart doesn’t know that. You even start being loyal to him and losing interest in even flirting with other men.

It’s not like he is using you. He is giving you the boyfriend experience as well. He seems to return the care – staying still while you sleep on his shoulder, listening to your sorrows, smiling when you’re playful as a child, etc. He loves you, but he isn’t in love. He needs you but he doesn’t want you, not as his girlfriend. And guess what? While you’re in denial and acting like all that relationship-y behavior means nothing to you, your feelings have expanded sneakily.

From there on, it barely ever ends well. Even if it does end well – that is, mutually and you remain friends – it still ends. Almost relationships or situationships come with an expiry date and hurt a lot when you see it all slipping away. You know it will end, but you want one more cuddle, one last kiss, one last time when he looks at you like you are special and you wish that by the time these lasts end, a lifetime should have passed.

You want a miracle to happen. You want for once those rom coms to be relatable. Oh God, how you wish he woke up and it dawned upon him that what you had was special, that he needs to see the opportunity the universe is giving him to heal, to love. Yeah, all that is you being in denial. Happens to the best of us! It won’t happen and the best you can do for yourself is move on.

Did I say situationships are fucking painful? This woman did on her Reddit post as she wrote, “Hanging out casually with someone you love when you’re pretty sure they don’t want anything serious is super fucking painful.” She described, “For four months we’ve been spending 2-3 nights a week cuddled up in his bed. We hike mountains together, binge shows, and go out to eat.”

They have been friends but in the last four months, she has been falling for him. “But now the way we’re spending time together, LITERALLY FOUR months. We’ll cuddle all night and we’ll into the day. It literally seems like a relationship and it just isn’t. I know that in my heart, because of the way he does things. Well text daily, but he doesn’t say good morning or good night.” She goes on to explain, “He doesn’t kiss me hello or goodbye, and is really only affectionate in bed. Where it’s all about sweet physical touches, spooning, holding hands, stroking my face and lips and hair, kissing my shoulder.”

“And this dude doesn’t even care about sex. We’ve had sex 3 times. So for once I know I’m not being used for that. I just don’t understand why he does so much for me and with me,” she added. Honey, that’s literally so many women this exact moment right now.

This post naturally was raging with comments as her story resonated with so many of us. Several users came forward to share their experiences of situationships and how things ended. It is so painful that you wouldn’t wish that for anyone and so strangers on Reddit stopped by to convince her to talk it out with him.

Situationship goes from all to nothing

“I did this for two years thinking he was just scared and would fall for me eventually and telling myself why would he want to talk to me so much and treat me this way if he felt nothing. Then he met someone else and fell for them instantly and went to speaking to me all day everyday to nothing at all. Ask for clarification and then run, it’s not worth falling on your own,” a user wrote. It will go from being so close to being distant again and it will hurt. Be prepared.

If he wants to be with you, he will

“Nearly 2 years of sleepovers, sleeping together, movie nights, dinners, road trips, met his mom – he even took me on a spontaneous trip to Hawaii. I caught feelings hard and hoped/thought he felt the same because I was reading into all of our time together. But when I finally had a discussion about it, he wasn’t interested in commitment with me. We remained friends but I stopped the physical affection and put some boundaries and distance in place. Shortly afterwards he started dating a girl – actually dating – and they later moved in together. Lesson learned – if they want to be with you, they will. I almost missed out on my amazing husband while wasting time and energy with the other guy. Don’t settle for someone who is only 1/2 in. I promise you’re worth more.” It’s really not that he isn’t ready for a relationship. He isn’t ready for a relationship with you. The harsh truth about situationships.

“This, this hits a little close to home. Emotional attachment, check. Intention of marrying, check. Currently in a wreck, check. Being labelled as a friend because I took a long time to do something, check, maybe. Possibly fallout after the rejection, check. Struggle to handle the rejection, check and finally struggle to fix said fallout, check,” a user shared. Honestly, it doesn’t matter if you were the one to walk away. You did so because he didn’t want more like you did. Situationships will hurt your self-esteem because you will be confused as to how can someone know you so deeply and still not like you enough. Don’t let that happen.

Another user shared, “This sounds a bit similar to a past relationship of mine. If you’re just looking for companionship, it’s not bad. If you’re looking for much more than that, it might not work. In my case, I wish that I had gotten out earlier than I did. I wasted so much time when I could have been meeting other guys with similar goals. If you’re looking for more, it’s definitely worth having a serious conversation with him at this point. I think the fact that you posted this means you know that something’s gotta give. You deserve to have your needs met in the relationship too. Good luck!” Been there, done that! He is not a fuckboi just because he doesn’t share the same goals. He too finds it difficult to let go of the intimacy you share. But you gotta take care of your own needs and you gotta do what you gotta do.

When you understand your value, it’s easier to walk away…

“I’ve been in one situation where I kinda had feelings and hoped the guy would get over his ex and want to turn our fwb into more. Once I realized he kept disrespecting me in small ways, I ended it and stopped pursuing anyone who wasn’t willing to put in as much effort as me. And it’s honestly made it easier to walk away since then. I’m happier because I value myself and without this approach I wouldn’t have found my current boyfriend, who values me as much as I value myself,” a user wrote. The thing is, you are seeing it as a relationship and subconsciously expecting that place in his life. When you don’t get it, those little things seem disrespectful. That’s good. It will help you walk away. I will love selflessly but if I feel disrespected, I am out.

You will let go when the situationship runs its course

“I’d spend weekends there, we’d cook together and go biking, I’d hang out with his friends and go to parties, etc. But in the end he didn’t want to commit, and I did so it ended because he couldn’t give me what I wanted, even though in ways it felt like he was giving me everything. Honestly, I was done when I felt done. I understand why you’re holding on and I did the same thing. I don’t think ending whatever you would call what you have is necessarily the answer. If you’re enjoying it, even while knowing it’s not exactly a relationship, let it run its course until you want some concrete “label”, and if you have a conversation with him then, see how it goes. But don’t fix what ain’t broken. You’ll let him go when you’re ready to, or maybe he will pleasantly surprise you with wanting a relationship. Either way I hope you continue being happy, wherever that happiness may cme from,” another user wrote.

Honestly, you know in your heart what you’re supposed to do. You know that this situationship won’t work and you should do a difficult conversation. And you also know it will lead to a breakup. You just want to delay it until you’re ready to really let go. It’s okay. You will let go when the situationship has run its course. It cannot go on forever. When you are ready to move on, it will be easier, comparatively.

It won’t be exclusive

“When I straight up asked him what I am to him, and he says he’s never looked at me as anything more than a friend with benefits. And then I have my other friends saying I told you so, and pitying me for falling for him when he said he didn’t want anything, but like he treated me like his girlfriend? What was I supposed to think? So I have been trying to be cool and stay friends with him so I don’t mess up the group dynamic, but then I come to find out 2 days ago that after we started seeing each other he was still calling dibs on other girls he wanted to fuck,” a user explained.

I know I didn’t have any right to ask him to not see anyone else. He didn’t have the right to expect that of me either. If we ended up not seeing other people, it’s probably because we were too preoccupied with each other. Or I have no idea. Either way, there is no reason for you to expect things to be exclusive and set yourself for disappointment.

ALSO READ:Here Are 5 Reasons Why Great Sex Could Lead To A Great Relationship

What can you do?

Be mentally prepared to be hurt. It will make you feel miserable when things will end and he won’t be there to heal you. You are on your own – even if he became your go-to person throughout the entire situationship. Communicate. Have that conversation with him, even if it is difficult AF! Be clear on where things are going and really weigh your options. If you can let it go, great. If you’re not ready yet, wait it out and make the most of it. Just because it’s not official it doesn’t mean it’s meaningless. Emotional connections don’t need labels. Appreciate the time you have together because it won’t last. When you’re ready, let it go but hold on to your self-worth, tightly! You will do just fine and you will heal. We always do.

ALSO READ:Should You Ask Him What He Is Looking For Early On During The Dating Period? Yes!