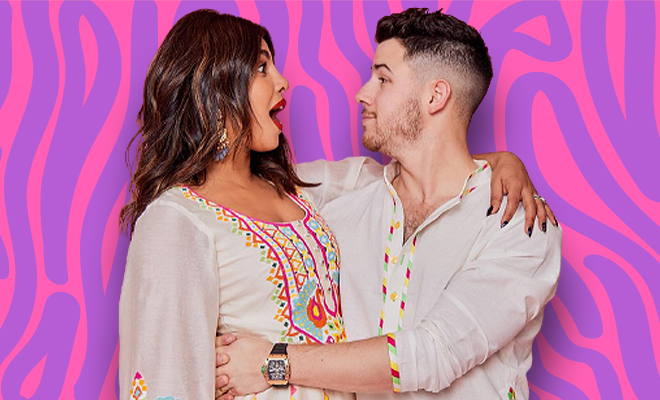 Do couples look more alike with time? It’s such an age-old theory that says couples start looking like each other over a period of time. In fact, people who vouch for that will present you enough evidence for it. They will show you couples with strikingly similar looks and you will almost start vouching for it too.

Scientists have believed that since couples tend to live in the same environments, do the same activities, and often have similar emotions, their faces tend to become similar over time. Say couples who smile a lot, grow up to get smile lines. In 1987, a study was conducted on 12 couples to prove the same, and ever since people have vouched for this to be true.

However, a new study explains challenges that notion with AI technology. “We first set out to validate the theory because we believed that couples become more similar over time,” the study’s co-author Pin Pin Tea-Makorn told CGTN Europe. “Part of the reason that people often think couples look more similar when they grow old together is because older people tend to look more similar than younger people,” says Tea-Makorn. She further added, “Given the reasons are intuitive and that we’ve seen examples in real life, nobody actually goes back and touches the topic.”

The research took into account a sample size of 517 couples and compared photos taken at the start of their marriage and then decades later. The study didn’t use multi-ethnic couples because somehow they couldn’t find enough data for that. Erm…okay.

“The data we found came mostly from Google searches and newspaper wedding anniversary announcements…And the majority of them are white couples in the United States,” says Tea-Makorn.

The researchers used both AI and human judgment to gauge if the couples did end up looking similar over a period of years. “The one thing that we have to be careful of is AI also has its own biases,” she said.

So do couples look more alike with time? The research confirmed that we tend to marry people who look similar because of our evolutionary instinct “to make sure they’re not from a different species.” Tea-Makorn added that we go for similarities more than differences. “People usually select partners who are similar to them both in their personal values and socio-economic status,” says Tea-Makorn.

Tea-Makorn also pointed out that the “mere-exposure effect,” could be another reason. “We’re familiar with our images in the mirror, so that’s one thing that could contribute,” she says. The research did not find any scientific evidence for convergence over a long period of being together.

Of course, it is not relevant to everyone—there’s never a one size fits all in relationships. We don’t go around subconsciously seeking a partner who looks similar to us. And how do I really corroborate this claim when the guys I dated didn’t look similar to each other! I would say I have a thing for bearded men and no, that’s not because of the “exposure effect” even though the past few months with no salons did have me thinking that way.

Having said that, couples do tend to start looking similar in terms of clothing and that can give an in-sync appearance too. Six months into the relationship and couples tend to sub-consciously practice harmonious dressing to “fit in”. “We tend to want to fit in with the person we are dating. Yes we are all unique but we want to, as a couple, look united and as if we ‘fit’,” Relationship expert Dr. Nikki Goldstein told The Huffington Post Australia.

“You conform to the environment that you’re in—so it’s only natural that when you’re dating someone, even automatically without knowing—you will start to change your style so that you blend in with them,” Goldstein added.

I believe that’s true! Has it ever happened that you are going out as a couple and you end up wearing the same colours or those that complement? I mean in my case, I never even planned these matchy matchy days. I didn’t even know what bae would wear. And there we go—looking like we are twinning on purpose. Like it just happens – when I go back and look at the photographic memories of my dates, I wonder why those look like someone styled us to be in sync. Somehow, you are in the same colour palette. In that way, if you ask ‘do couples look more alike with time?’ I would say yes.

ALSO READ: 5 Reasons Couples Who Tease Each Other Are Happier, According To Science

Say, for example, our most loved celebrity couples too dress similarly. Both Anushka Sharma and Virat Kohli have a minimalist-athleisure style. Kareena Kapoor and Saif Ali Khan turn up in clothes that exude elegance. Deepika Padukone and Ranveer Singh are experimental and bold in their fashion choices. I believe that’s the beauty of relationships—being so in sync with someone and not even knowing it until your people point it out.

ALSO READ:#Relationships: I Used To Be A Possessive Girlfriend But Here’s How I Changed That