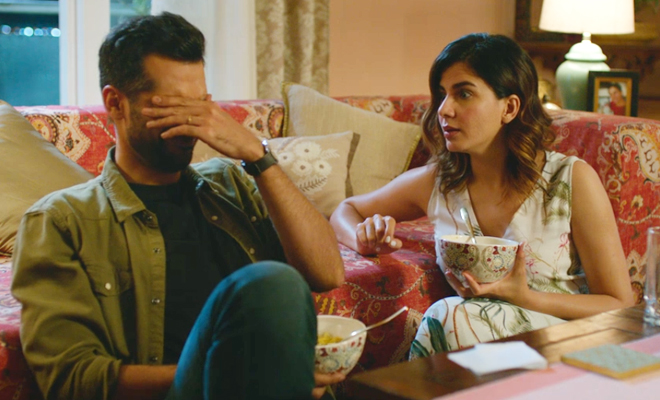 5 Signs He Can’t Handle A Strong Woman Like You

Misogyny in India is like the blue colour M&M that is so abundantly found, whereas men who are secure with a woman’s power are like the rare browns. You have to look through several scoops of blues and other shades to find one brown that you really, really want. The kind that is the same colour inside out. Because women have empowered themselves but these men have still not outgrown the overalls of misogyny. And what we get is a bunch of guys who claim to love you but get all insecure when you don’t act like a rescued pup.

There are so many men who can’t handle a strong woman and they will make you feel like it’s your fault. They will assign negative characteristics to your strength. They will call you bossy, uptight, nagging girlfriend, etc. But hey, don’t fall into that trap. Keep your head high and let these insecure men learn how to handle strong women. Here are 5 signs he is one of those guys!

1) He expects you to be unrealistically chilled out

When you speak to him about something that pissed you off, he turns the gun on you and blames you for being too uptight. He tells you things like ‘you should be more chilled yo!’ But someone needs to tell him that you’re his girlfriend and not his 3rd glass of beer at a dive bar. And it so happens to be that you’re not used to accepting bullshit with a smile unless you’re getting paid to do it. But you have your work life for that. This man hates it that a woman is being more than a doll who just smiles and dresses pretty.

2) He underplays your achievements

You know those times when you feel elated because you completed a goal, started something you always wanted to or simply did better than you had expected. When you go with so much excitement and tell him, he suddenly takes on the role of a jealous relative and starts underplaying your achievement. Like if you are happy about losing a kilo last week, he will say things like it’s just one kilo and that you’re so many kilos away from achieving your goal. He is like a big dark cloud trying to cover your moonlight.

He thinks that along with a penis, God grants men a little extra cranial capacity too. Why else would they try to explain the simplest things to you, like you’re dumb enough to not know them? I swear, a guy once told me, “So there’s this international organisation called United Nations…” And I couldn’t believe my ears. He thought I didn’t know of the existence of UN. He just wants to believe that men have brains and women have long hair.

4) He hates that you’re independent

He wants to be your knight in shining armour except that he is just a guard carrying a torch and who sleeps while on duty. I am not a woman who seeks a man to do things for her. I can be my own hero, get things done and all that. If you have a problem with me not being a damsel in distress that you can rescue, it’s not my problem. I can open my own jars, thanks.

ALSO READ: 10 Signs He Is Too Immature For You

5) He calls you controlling

ALSO READ: 5 Kind Of Guys You Should Never Date Because They Are Such A Waste Of Energy