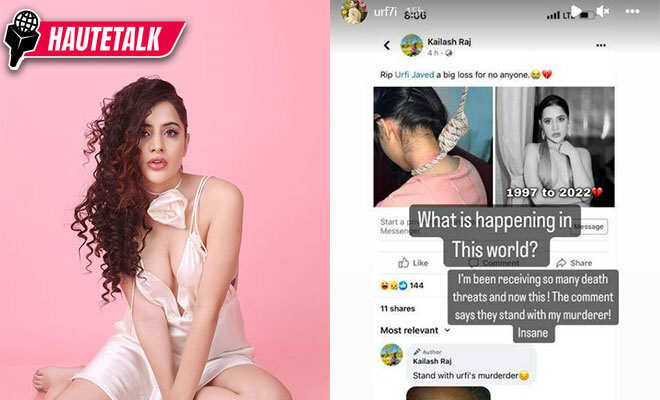 I love the internet as much as the next person but then there are times when I wish it didn’t exist. People online believe that just because they have access to the internet, they can spew as much hate as they want and can troll someone relentlessly – just because they don’t like what the person is doing. For one second, forget about ‘live and let live’, this is more about the audacity people have and the high horses they’re sitting on – where they believe that people – especially celebs – are here to please them. Get off those high horses and open your eyes. Celebs have a life of their own which also means that they get to make their own decisions. Spreading fake rumours about their death and stating that they stand alongside the hypothetical murderer is not okay, rather it is severely concerning. Yes, I am talking about Urfi Javed here.

For those unversed, recently Urfi or Uorfi Javed, who is always subjected to relentless trolling, called out a man who was spreading rumours about her death. She even called out another man who said that they supported her “murderer”.

Also Read: Uorfi Javed Reacts To Udaipur Killing, Says “Allah Didn’t Ask You To Hate And Kill In His Name”

The actress took to her Instagram stories to share a screenshot of a post by a man named Kailash Raj who morphed a photo to make it look like Uorfi had a bruised neck because of the rope tied around it – implying that she hung herself. The picture also had ‘1997-2022’ written on it. And along with the photo he wrote, “Rip Urfi Javed a big loss for no anyone.” Another man commented on that sickening post stating, “Stand with urfi’s murderer”. 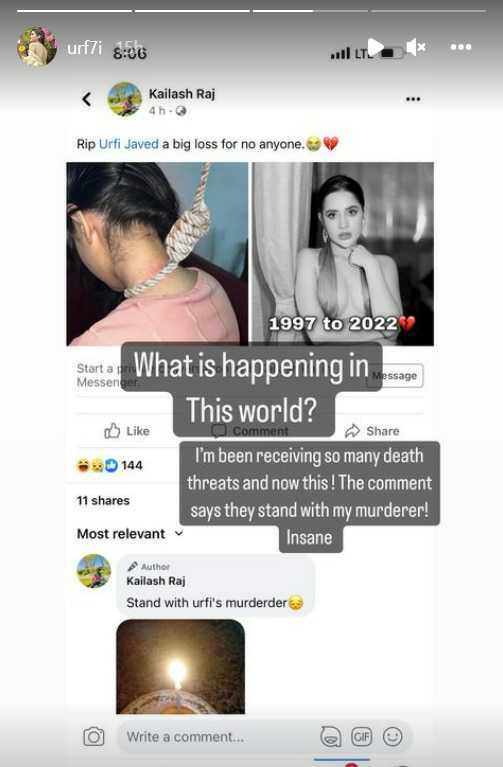 This is disgusting and disturbing at the same time. I understand that there are celebs that we like, celebs that we tolerate, and celebs that we absolutely hate. But to do something like this is just not okay. Honestly, what is happening to the world? There are people out there saying that they stand with a murderer just because they don’t like Urfi Javed and would be completely fine if she was killed. This is sick behaviour.

Hating a celeb is fine. I’m sure we all have celebs we hate and we do express that when we talk about things we don’t like about them. But this level of hatred is just not acceptable and it definitely indicates that the person who is in need of dire help. I mean, if you don’t like a celeb then unfollow them and don’t watch their movies/shows/work. But sending death threats, rape threats, spreading death rumours, etc. is not it.