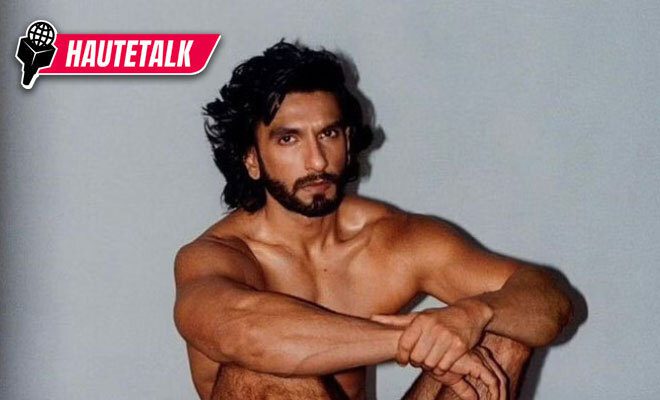 Okay, guys, I am about to give an unpopular opinion. I personally wasn’t wowed by Ranveer Singh’s nude photoshoot. And no. it has nothing to do with culture, values, or anything as such. I personally am just neutral to this whole situation. But I must ask: Bhai log, problem kya hai?! Why is everyone so pressed over this such a non-issue?

When I woke up last Friday, the last thing I expected to see was Ranveer Singh’s naked body on my timeline. And I wondered “ye kya chal raha hai?” And when I was done seeing the pictures, I wasn’t expecting people to be offended over Ranveer’s risqué photo shoot and when I saw that Tweeple (and many more) were triggered over the photoshoot I thought, “YE KYA CHAL RAHA HAI?”. Now if you have a bit of common sense, you would be like me and not see why this would offend anyone. But it has, so let’s talk about it. There was apparently an FIR filed against Ranveer Singh for hurting women’s sentiments with his photoshoot. Now, as a woman myself, I can assure you that most of us are either ogling over him or are indifferent, like yours truly.

I personally don’t see the problem here. A man felt comfortable enough in his own body to show it off publicly. What’s so wrong about that? And I don’t get why Ranveer is being mocked for something a woman would be considered empowered for, is degrading for a man? Moreover, if you don’t like something, you know it’s not that hard to just move on and not be nasty about it?

Moreover, I saw this one video where people printed one of the pictures, stuck it on a box and started a clothes donation drive for him! Overreaction much? The box read “sankat me Bollywood, maansik kachra“. Like… what? Firstly, it is very important to me that these people realise that Ranveer has enough money to fund all of their clothing by himself. Secondly, how are you so vella that you have the time, energy and patience to troll a celeb by having a donation drive for him?

And then my main point comes about. When Ranveer Singh wears clothes, he’s constantly mocked for his choice and fashion. When he’s not, there are donation drives for him. So, what is a man to do? And why are so many people so pressed about him being secure enough to show off his body to people? Why is it more empowering for a woman to feel comfortable in her body and/or show it off then when a man does it?