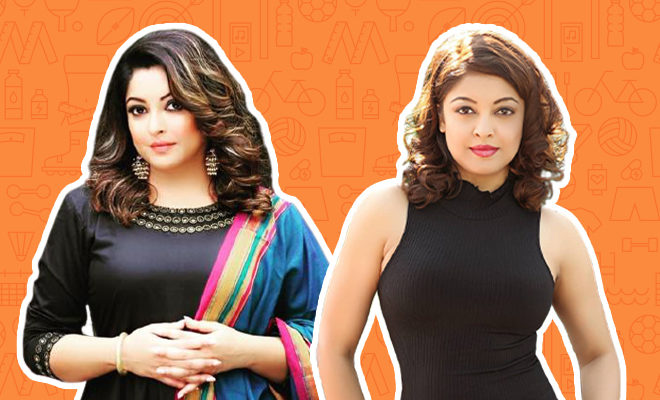 No one could have guessed back in 2018 that an actress belonging to a non-film background with about a dozen movies to her credit who was also MIA for years would spearhead the #MeToo Movement in India, and bring Bollywood biggies on their knees. But that’s Tanushree Dutta for you. After remaining silent for about eight years and being away from the one thing she loved and was extremely passionate about, she decided to call out the wrongdoings in the entertainment industry and nudged all women to speak up too. She might have been a feeble, scared woman once, especially after the traumatic experience she opened up to the world about, but not anymore. She has emerged stronger and more confident than ever.

In November 2020, Tanushree Dutta put up a long detailed post about how she has been working on herself and mulling over her return to Bollywood. She said she has lost 15 kgs and is getting her sass back. She obviously got immense support from her fans and followers and seems like it only motivated her to becoming an even better and stronger version of herself. Recently, she posted a video on her Instagram, taking the viral #DontRushChallenge in her own way and left social media gushing over her impressive transformation.  See her grooving to the beats of Young T & Bugsey’s Don’t Rush, looking all fire!

Also Read: Tanushree Dutta Voices Her Protest For Ganesh Acharya’s Behaviour And Urges The Industry To Boycott Him. We Hope Some Real Change Takes Place This Time

Tanushree seemed to have undergone a major body transformation and appears to have worked her butt off to achieve her new bod’. She looks like she time traveled from her Aashiq Banaya Aapne days. Not me, that’s what everyone on her comment section is saying. It is either people rubbing their eyes in disbelief or patting her back for the killer transformation in the comment section. An Instagram user wrote in the comments, “Looking lovely! You haven’t aged a bit! Wud love to see u on OTT soooooon.” Another user wrote, “What a transformation.” There were some who even asked her to share the deets about her epic transformation journey. Some fitness tips would also be helpful, just saying.

She often shares her fitness and health updates to her Instagram fam which is over 222k in number. A few days ago, she shared a glimpse of her new photoshoot, revealing her transformation for the first time, through an Instagram post. She wrote in the caption, “Teasing a glimpse of my new photoshoot pics in my new worked out bod! Pics out for edit…will be showing soon..” It’s great to see her fitter and happier after all that she’s been through. She is such an inspiration.

Tanushree is now all set to make a comeback in films. There’s no stopping this powerful and incredibly strong woman!

Also Read: Tanushree Dutta Opens Up About Losing 15 Kgs And Leaving An IT Job To Make A Comeback In Bollywood. This Is So Inspiring!