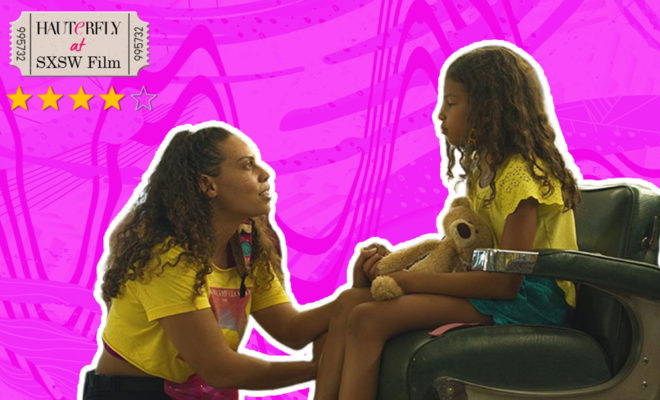 SXSW “I’m Fine (Thanks For Asking)” Review: A Heartwarming Film About Skating Through The Pandemic On Hope

The pandemic was as much an obstacle in the path of creativity as it was an inspiration and a catalyst for some. It’s why despite there being restrictions on shooting and limited crew available, we’ve gotten some pretty decent pandemic content—Unpaused, Waqaalat From Home, The Gone Game, a bunch of short films and so on. Naturally, at the SXSW Film Festival, the pandemic was explored as a framing for several projects—The End Of Us, Language Lessons and a personal favourite, I’m Fine (Thanks For Asking). The latter is an indie film directed by Kelley Kali and Angelique Molina and produced by these two ladies along with Roma Kong. It is written by Kali, Molina and Kong, with cinematography by Baihui Chen and editing by Angelica López. It stars Kelley Kali, Wesley Moss, Deon Cole (Black-ish actor and also Executive Producer), Brooklynn Marie, Steven Ira Scipio, Andrew Galvan, Lamar Usher, Brian Brooks II, Jacolyn Holmes, and Xing-Mai Deng.

What’s the film about? (Thanks for asking!)

I’m Fine (Thanks For Asking) takes us through a day in the life of Danny (played by Kelley Kali), a recently widowed, single mother in Los Angeles. But this isn’t just any random day. It’s important. We meet Danny and her daughter Wes (Wesley Moss) as they’re stifling in heat and too sweaty for hugs, but cosy in a tent, making a wish upon Danny’s deceased husband Sam’s ring—the only thing he left behind for them. Little Wes wishes they’re done with their secret mother-daughter camping trip and go back home, under a fan. And Danny… she wishes she can finally get the apartment she has been saving up for, so she can get herself and her daughter off the streets.

It’s easier said than done. They’re in the middle of the pandemic, and jobs are hard to come by. After she drops off Wes at a friend’s for her online classes, Danny has been making ends meet by offering on-the-porch hair braiding around the locality and scoring food deliveries. She’s just $200 away from making the deposit for an apartment that has been put on hold for her at a subsidised rate. Unfortunately, she gets shorted by a client and now has just the rest of the day to figure out how she is going to get those $200 and a roof over her daughter’s head.

Mounted on her roller skates and her resilient attitude holding her up, will Danny be able to navigate the series of unfortunate events her day is filled with? Will she have to chose survival over emotions? Will anyone pick Danny up when she falls? Is there hope even in these desperate times? That makes up the rest of the film.

I’m Fine (Thanks For Asking) is a beautiful story about hope during bleak times, but the skate-through isn’t without bumps!

The film begins with hope, through the sweet mother-daughter moments that both Kelley Kali as Danny and Wesley Moss as Wes pull off wonderfully. Wes, even though unaware of their true living situation, is quite mature, perhaps because of the culture which she is brought up in or due to the loss of a parent. She doesn’t make unreasonable demands of her mother—she just wants a damn fan! And I love how this mom-daughter duo are so cool and fun together, with neither losing their temper or throwing a tantrum at the other.

Instantly, you’re invested in their story, which means the film has you right where it wants you for the next act when Danny’s misfortunes begin, one after the other. From a flaking client to a bad customer who gives her a bad rating for no fault of Danny’s. You’re so mad at these people for messing up things for this woman because you want Danny to get that money and her apartment. She also meets some seemingly good, and some genuine people on the way. And through it all, Danny is still the same person. Resourceful, hardworking, never giving up, even if it means exhausting herself physically and mentally.

What I love about I’m Fine (Thanks For Asking) is that despite the ending being a bit predictable, it manages to make the journey fraught with enough emotions. You root for Danny, feel bad for her, get mad at other people for not being helpful, get mad at Danny for making bad decisions, then understanding that it’s okay, she’s young too and Lord knows she needs a break. And finally, you’re back to hoping all’s well that ends well. I think the final shot is a favourite because it is so simple and effective, without any dialogue, but it makes the emotion rush up and pool in eyes, as you watch Danny and Wes having somehow made it through. I think that hope is a very strong emotion, and quite cathartic.

I’m Fine (Thanks For Asking) does a great job of highlighting how some people had it much worse than others, particularly marginalised communities and sections of the population. Many lost their livelihoods and had to live a more treacherous hand-to-mouth existence than they normally do. For single parents, it was ugly, because they had to pay rent, put food on the table, ensure they saved up on the off chance that things got worse, and still provide a normal and safe environment for their child to continue their academics and play. Add to that the single parent being a mother, and her gender creates another layer of obstacles that she has to overcome to survive.

Through the characters in the film, we can see the different paths available for survival, not all of them legal or morally right. For example, there’s a chance Danny’s hair braiding client shorted her intentionally. Or her friend, who she smokes up with, is looking another way when her new boyfriend carries on with his womanising because he can offer her and her kids a better life, which is like a blessing in this pandemic. Danny too gets to chose from amongst a few options, some of which involve selling something (from her body to her husband’s ring) to get out of the situation. And she chooses one that she feels is best for her.

There’s also the undeniable existence of racism and classism, which either directly or indirectly impact Danny’s ability to get off the streets. That being said, there’s also a very strong sense of community that I felt was depicted in the film. For example, it’s not that Danny doesn’t get help from the people around her or her friends. It’s just that the timing is perhaps off, or that they’re bound by their own shortcomings. Which is why you don’t exactly judge any of them, and deep down, neither does Dany.

Kelley Kali does some of her best acting when she plays the silent, exhausted and lost Danny, right before she decides she cannot waste any time feeling sorry for herself because she’s got work to do—another thing that people from marginalised communities and women have in common. Their life doesn’t give them time to wallow in self-pity, or to expect that anybody around them is going to ask them if they are fine, because they’ve got troubles of their own to deal with. They have to keep going.

First, I love the fact that there are so many women involved in making this film, and it shows in how they’ve captured a single mother’s hope and struggles during the pandemic for survival. Kelley Kali, who I think is so good in this film, and also one of the directors and screenwriters, is a 2017 Student Academy Award winner for her narrative short, Lalo’s House. The other two women are Angelique Molina, also a talented filmmaker, and Kali’s fellow USC Cinema School graduate, Roma Kong.

The film was reportedly a pandemic passion project, which explains why a lot of it is shot outdoors. One of my favourite things was how they used Kelley Kali’s love for roller-skating so brilliantly in the film. Danny is clearly not well-off enough to own a vehicle, even if it is a cycle or a bike. And since her job is tied to her community of friends and acquaintances, or in the case of food delivery, to a particular area, it is a convincing mode of transport. I loved watching the scenes when Kelley’s just skating through, doing a few carefree stunts to music, and just having some fun before reminded of her responsibilities. The skates could also be interpreted as shackles of responsibility that she just couldn’t take off, except, when she was with her daughter. Because as Danny said, the fact that she had Wes who was a smart and amazing kid, was what kept her happy and light.

The film’s visual aesthetic is something I enjoyed. Shot in Pacoima, which is one of the oldest neighbourhoods in Los Angeles’ San Fernando Valley. When Danny is skating all through the neighbourhood, you can catch a pretty decent glimpse of the famous graffiti and murals adorning the walls.

The film actually looks so effectively summer-y and hot, whether it is the bright outfits sported by the characters or Danny being constantly outdoors, that when you’re hoping Wes gets her fan, it’s because you too are really feeling the heat. From shots of Danny and Wes’ campsite to Danny skating around from one job to another, you can feel the California sun burning their skin. Even the pain in Danny’s gams is felt, with you wishing she’d take off those skates and rest for sometime. Maybe drink a milkshake, When devoid of all hope, she’s sitting on a tree, her skates hanging from a branch, you feel the shade and actually see her and the film catch a breathe from all that has been happening.

The twilight is also indicative of a change in fortunes, and I love how when Danny finally has made a decision and is feeling secured and sorted, she takes her time to enjoy with her daughter before doing what needs to be done. The film’s music complements it quite well too.

Verdict: I’m fine, and so is this film!

Look, what can I say, I’m a sucker for emotional stories of survival where the underdog makes it through all odds. But I don’t think I ever looked at Danny as the underdog because she seemed like someone who’d figure out her way. I felt the same about Celina, the protagonist of another SXSW favourite, Women Is Losers.

I’m Fine, Thanks For Asking is a simple and heartwarming film about resilience, and how when the bad times come, they come in heaps. But sometimes, the only option for people is to hold on to hope, dodge the road bumps and skate through this obstacle course called life. Sometimes, as Danny herself realised, you do fall in a puddle while coming off a high. And other times, you might have to give up something you love because adulting is shiite. But it’ll probably all just work out in the end. And then, you can sit under the fan and cry your heart out.

This review is part of our Hauterfly At SXSW coverage.