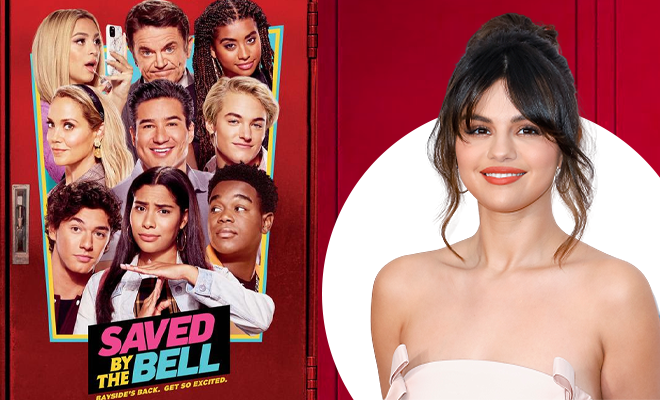 Selena Gomez Fans Slam ‘Saved By The Bell’ Reboot For Mocking Her Surgery. How Could Writers Be So Daft?

One person can have an error of judgement. Okay, maybe two. But when a large group of people, involved in the writing, directing and acting of a TV show episode make a mistake that could’ve been easily avoided, you start to wonder, have we lost the ability to perceive the thin line between humour and hurtful? Recently, the writers of the Saved By The Bell reboot ended up making such a mistake and had to face the rightful wrath of Selena Gomez fans for it. In Episode 6 of the show, there was a joke about the singer’s 2017 kidney transplant surgery and who her donor was.

It’s a widely known fact that the Wolves singer’s close friend Francia Raisa was the one who donated her kidney. Selena Gomez has been battling lupus, which is an autoimmune disease in which your body’s immune system starts attacking your own organs and tissues. Selena needed to get a kidney transplant due to her condition, and Raisa was the one who gave her “the ultimate gift and sacrifice” by donating her kidney, according to Selena’s Instagram post.

So what happened in the Saved By The Bell reboot episode, you ask? Well, they actually kinda messed up twice. The first time is when two students of Bayside High argue about who donated their kidney to Selena Gomez. One of them says, “I know for a fact that Selena Gomez’s kidney donor was Justin Bieber‘s mom. God, I wish that I had my phone so that I could prove it.”

To which, the other character says, “Prove what? That you’re an idiot? It was Demi Lovato‘s kidney. They’re best friends, like you and I were.”

Saved by the Bell, that's disgusting. Selena almost lost her life, jokes about her kidney transplant is NOT FUNNY. Respect Selena Gomez. pic.twitter.com/c8AZbsU1m0

A few scenes later, the words “Does Selena Gomez even have a kidney?” can be seen written on wall of the high school.

a tv show called "saved by the bell" has "does selena gomez even have a kidney?" written on the wall. this is so disgusting and unnecessary. selena doesn't deserve this.

Naturally, fans were miffed at the show joking about Selena’s near-death experience and flooded Twitter with tweets calling out Peacock TV and Saved By The Bell for it. It escalated to a point where they wanted the reboot cancelled because of this.

On Saturday, Peacock, NBC Universal and Saved By The Bell’s executive producers offered up an apology in their official statement to The Hollywood Reporter. The scene has been removed from the episode and they are also in talks with Selena Gomez’s charity for Lupus research about making a donation. “We apologize. It was never our intention to make light of Selena’s health. We have been in touch with her team and will be making a donation to her charity, The Selena Gomez Fund for Lupus Research at USC.”

But fans weren’t the only ones who were not happy with this joke. Francia Raisa, Gomez’ friend and kidney donor, herself spoke up about it, referring to the above apology.

Appreciate the apology but let’s not forget about the donors that potentially felt offended and dismissed from the spray paint written on the wall https://t.co/HIwa30PKMM

Raisa’s sentiments are quite valid. These things are such delicate topics that have absolutely no need to be addressed with humour. Especially when we’re aware that these days, it is so easy to trigger strong reactions from people on social media. Now most of the time, this ‘taking offence’ at something business is an overkill. However, in this case Selena Gomez fans are not exactly overreacting; the jokes were genuinely unwarranted, and the repeated reference to the surgery was the real overkill.

The Saved By The Bell reboot was saved by a timely apology and damage control efforts on their part. Let’s hope they’re more considerate here on forth.

Look At Selena Gomez In A Swimsuit, Proudly Showing Off A Scar That She Would Hide Before. Love This Confidence!