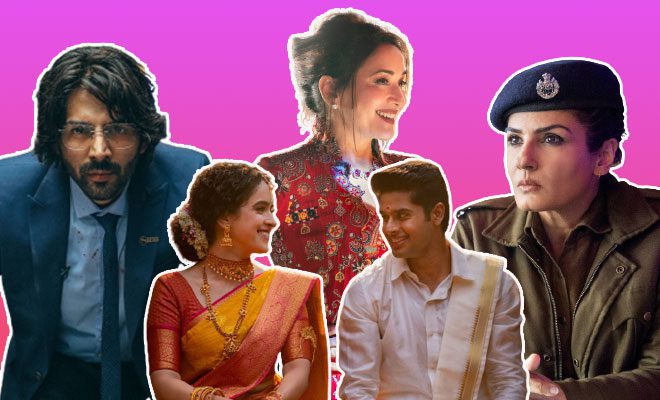 Netflix Tudum Fan Event: From Madhuri Dixit’s Finding Anamika To Mismatched Season 2, Here’s Everything We Saw In The India Spotlight

cIf you, like me, think Netflix is your boyfriend, then the its TUDUM global fan event is something that is bound to have you excited. What is TUDUM, you ask? It’s a Netflix Global Fan Event which began on Saturday, September 25, streaming live for fans globally, with a special India Spotlight at 9:00 PM IST. The event is all set to highlight some of the most highly anticipated new and returning titles from the streaming channel across Indian and international content, including 70 series, 28 films,  and over 100 Netflix talent, across 29 languages! From Sanjay Leela Bhansali, who will be talking about his

As for what the word ‘tudum’ means, it is nspired by the first beat you hear when you open Netflix.

Here’s a list of titles that were featured in the TUDUM Netflix global fan event!

In Ramesh Sippy’s Aranyak, Raveena Tandon plays a cop who digs up skeletons and revives a forgotten Himalayan myth of a bloodthirsty, serial killing entity in the forest while investigating the disappearance of a teenage tourist. Watch an exclusive clip from the series, also featuring Parambrata Chatterjee, Ashutosh Rana, Zakir Hussain, and Megna Malik. Aranyak is directed by Vinay Waikul, written by Charudutt Acharya and produced by Roy Kapur Films, Ramesh Sippy. 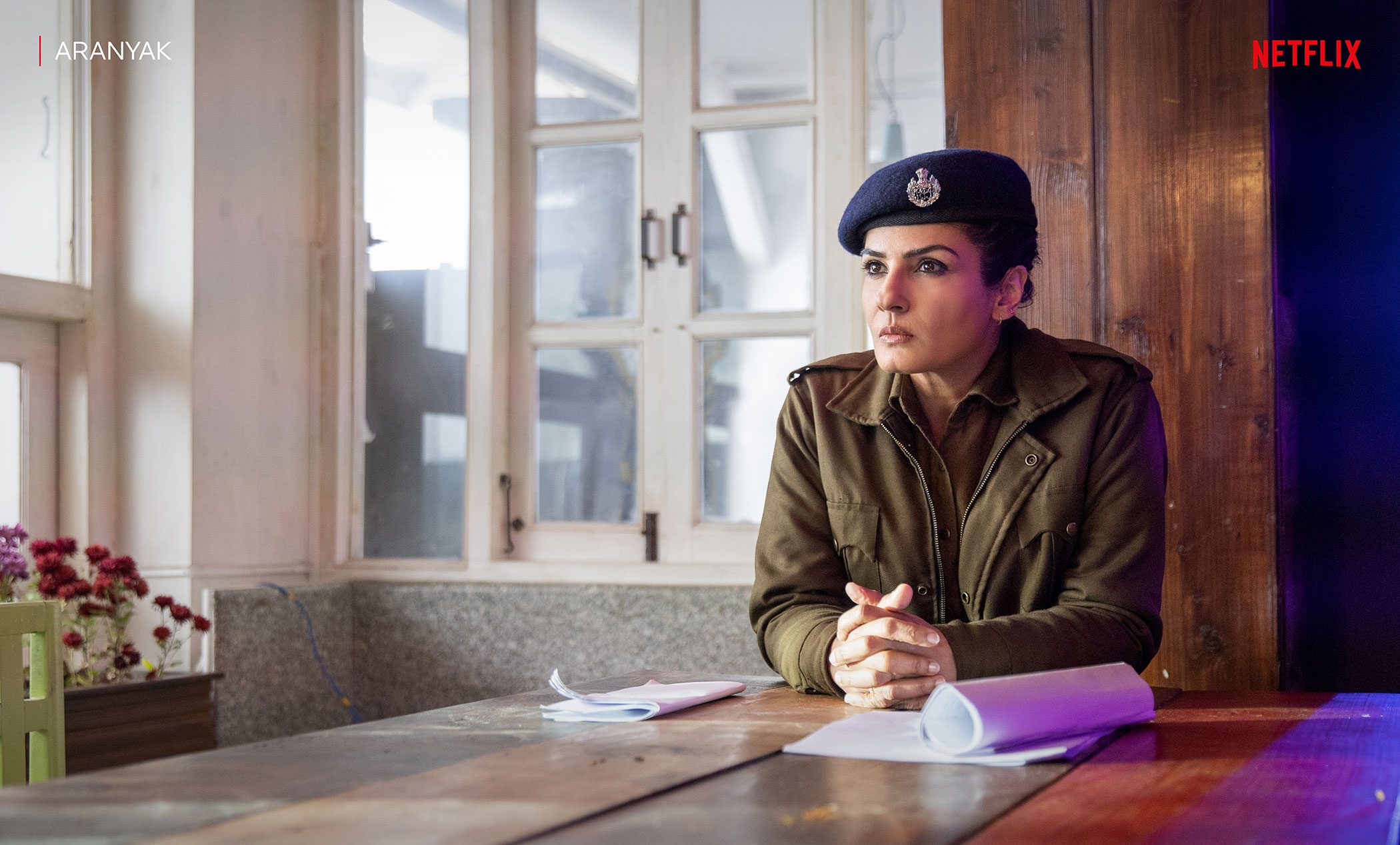 Dhamaka is a prime-time television news anchor, a bomb threat. Kartik Aryan becomes Arjun Pathak from Bharosa 24*7 to share the excitement with fans ahead of the trailer of Dhamaka in this Tudum Special. Dhamaka also stars Amruta Subhash, Vikas Kumar, Vishwajeet Pradhan, with a special appearance by Mrunal Thakur. It is about a frustrated ex-news anchor given another chance to go live on prime-time television when a terrorist calls him with a bomb threat. Little does he know that this call will change his life and throw him into a fast-paced game of betrayal. 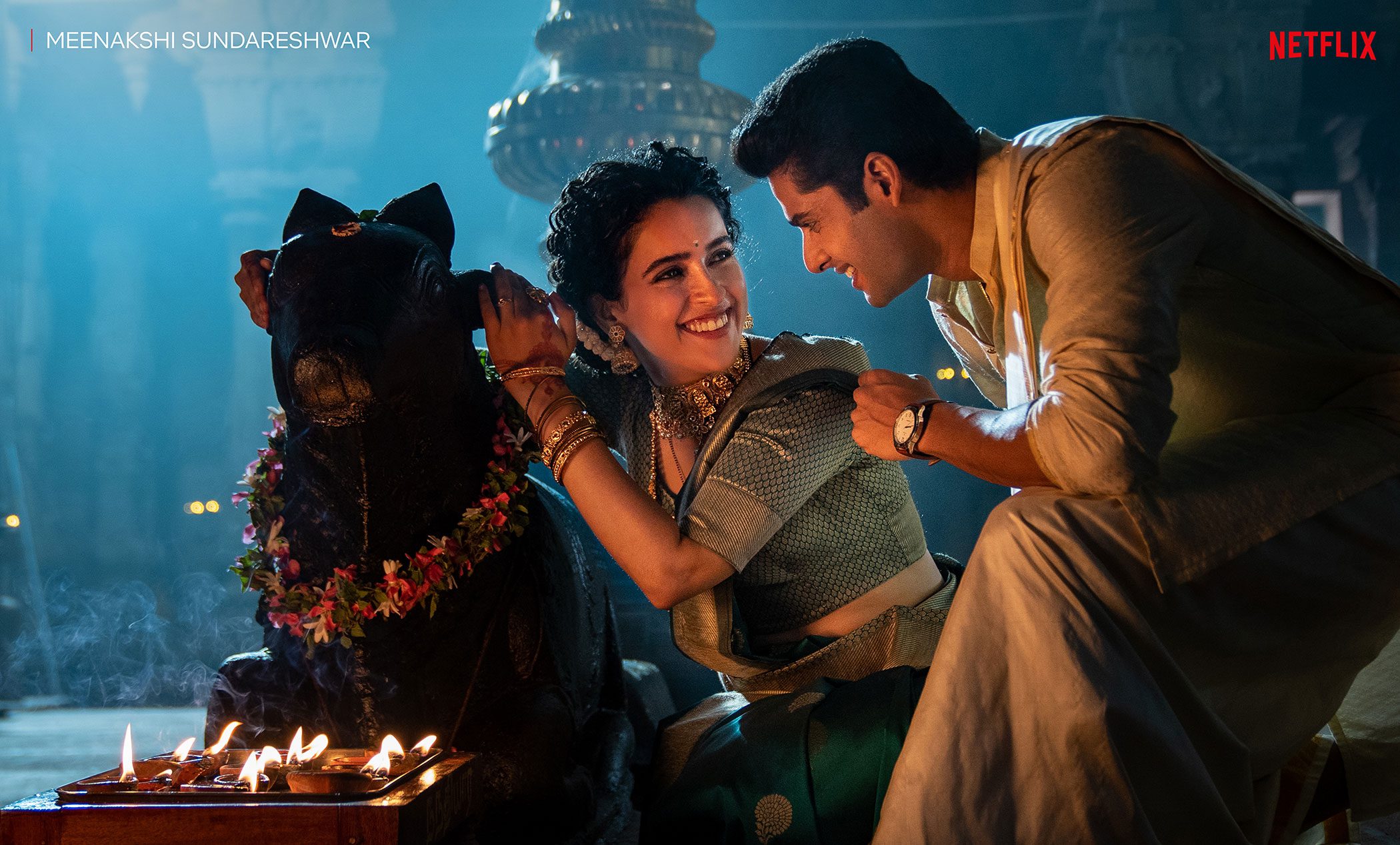 Sanya Malhotra and Abhimanyu Dassani star in this sweet love story of a newlywed young couple as they deal with long distance and extended family drama. For TUDUM, we got a glimpse at a small music video clip from the movie that is all kinds of cute things about long distance!

We got the first look of Finding Anamika. Madhuri Dixit stars in a suspenseful family drama about a global superstar, wife, and mom who vanishes without a trace. It also stars Sanjay Kapoor, Manav Kaul, Lakshvir Saran, Suhasini Muley, and Muskkaan Jaferi. It is directed by Karishma Kohli and Bejoy Nambiar and written by Sri Rao, Nisha Mehta. It is produced by Karan Johar, Apoorva Mehta, Somen Mishra, Dharmatic Entertainment Showrunner: Sri Rao. 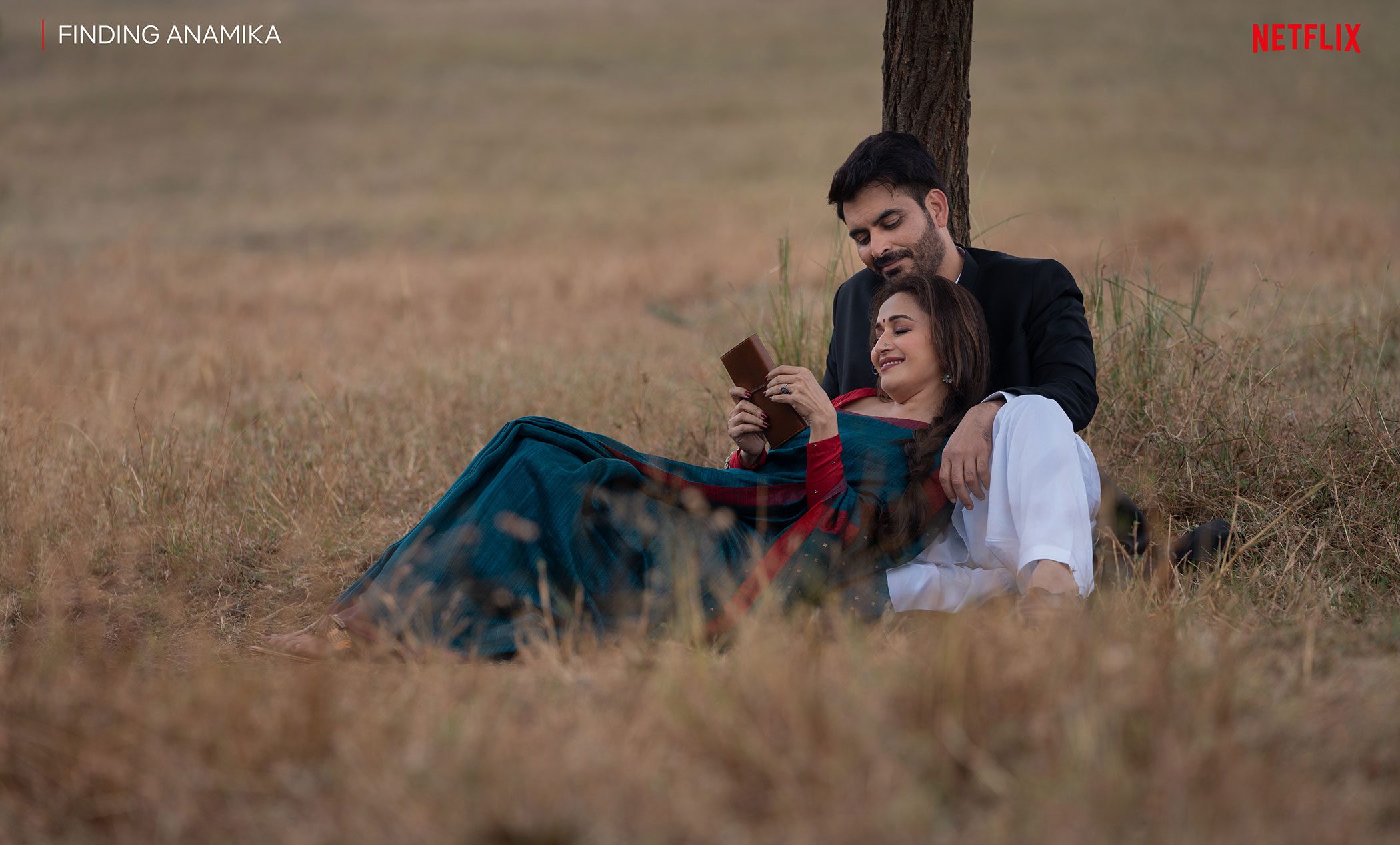 Plan A Plan B

ICYMI, Minnal Murali is like a new kind of superhero story. In this new clip from TUDUM, director Basil Joseph and Kerala’s favourite star Tovino Thomas discuss their new film about a tailor from a small town who wakes up with superpowers after getting hit by a bolt of lightning.

Vishal Bharadwaj comes with a new film that is based on the espionage novel, Escape to Nowhere by Amar Bhushan. It stars Tabu, Ali Fazal, Wamiqa Gabbi and Ashish Vidyarthi. The multi-hyphenate Bharadwaj has also composed the music for his film! We got a first look of Khufiya.

Heeramandi, a dazzling district, during pre-independen India. It’s a series about love, betrayal, succession and politics in the kothas. While we didn’t get a first look or a teaser, Netflix brought on director Sanjay Leela Bhansali for a featurette, where he talked about and his approach to  filmmaking and his inspiration behind Heeramandi, which is his first-ever series for Netflix.

Are you someone who looks at a coffee cup and it reminds you of Dimple throwing coffee on Rishi’s face? Well, then you and Mismatched are a true match! The Prajakta Koli (aka Mostly Sane) and Rohit Saraf starrer series is on for Season 2! Last we saw them, Dimple genius coder, has lost her app. Rishi, the hopeless romantic, has lost all faith in love. Wonder what happens this season!

In TUDUM, we got a sneak peek of Rishi and Dimple and the Mismatched gang but they weren’t alone! They were joined by the gang from Kota Factory in a cute music video with some rapping to boot. It was nice to watch the casts of both shows urge fans to watch each other’s shows!

You can watch the entire TUDUM fan event here: