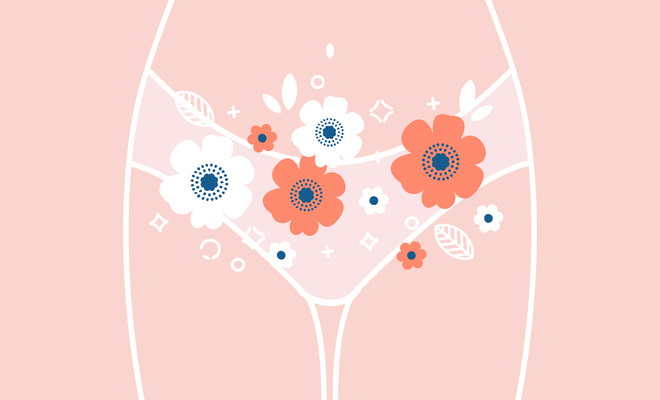 When I came across this report, my first reaction was, “OMG, there’s a positive statistic about women for a change!’ Because really, how many times do you come across stats that are just talking about how women are marginalised or not able to maintain sanitary hygiene or bearing the brunt of the pandemic, economic, physical and psychological. But here we’ve got good news after what feels like forever, no? The fifth National Family Health Survey (NFHS) has revealed that there’s been an upswing in the number of girls and women maintaining menstrual hygiene compared to the last NFHS, conducted in 2015-2016.

According to the survey, which was conducted in 2019-2020, the menstrual hygiene in women between the ages of 15 and 24 was seeing an upward trend. This could imply that the schemes that are being implemented by the government to make menstrual hygiene supplies available to women across the country might be working.

Overall, Andaman and Nicobar Islands at 98.9% had the highest percentage of women practicing menstrual hygiene, followed by Lakshadweep at 98.3%. In the southern states, Andhra Pradesh saw the highest increase in this age group, with 85% women practicing good menstrual hygiene compared to the 67% from the last NFHS. What was even more encouraging was that the states that had performed poorly in the last NFHS also saw an improvement in their numbers. Bihar went from 31% to 58.8%. Tripura’s 43.5% jumped to 68.8%. As for Assam, which was at 44.8% in the last NFHS, is now on 66.3%. It all still seems low, considering maintaining basic menstrual hygiene should be every woman’s right and should be easily doable for them. But this does seem like progress worth celebrating.

What these numbers also proves is that the current crop of schemes and initiatives being implemented are actually making a difference. For example, this year the Haryana government announced that it would provide free sanitary napkins to women who need it for a year. In Uttar Pradesh, vending machines that dispense sanitary napkins are to be installed in over 1000 schools in colleges. Even during the farmer protests, the Khalsa Aid group ensured that women protestors did not have to compromise on menstrual hygiene, and supplied sanitary products to them.

Also Read: 25 YO Madurai Woman Designs Eco-Friendly, Herbal Sanitary Pads To Do Her Bit For The Environment And The Society. This Is Great!

It makes you think if schemes like these had already been implemented before, these numbers would’ve all looked great. Of course, not all the pictures are rosy. There has also been, bizarrely, a drop in the numbers in Mizoram. As per the last survey, some 93.4% women were maintaining menstrual hygiene. However, in this recent survey, the number has dropped to 89.8%. Could the pandemic have caused a lack of availability or what other reason there could be for the numbers to drop remains to be explored.

In the meantime, continued efforts (maybe even more of those Akshay Kumar anti-smoking sanitary napkin advising ads? No? Okay!) on the part of the government and local self-governing bodies, as well as a good network of family health centres that can guide women on the proper and necessary usage of menstrual hygiene products are needed. However, the biggest impediment in bettering menstrual hygiene in India remains the taboos surrounding this purely biological process in women. It is still something that is whispered about, hidden, and wrapped in newspapers and black opaque bags. If we want a drastic change in those numbers, the taboos need to be go, for they are the real stain on all our efforts.

Scotland Becomes The First Country To Make The Sanitary Products For Women Free Of Cost. What A Lovely And Important Gesture!