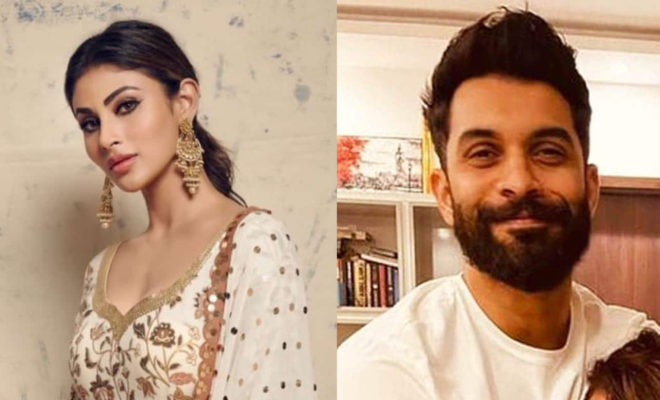 2021 was the year of some big Bollywood shaadis from Varun Dhawan, Natasha Dalal to Katrina Kaif and Vicky Kaushal. But the year 2022, seems to welcome another grand celebrity wedding. And tying the knot this year is actress Mouni Roy. Leading to a lot of speculations and rumours, Mouni Roy’s wedding with her beau and Dubai based businessman Suraj Nambiar has become the talk of the town for many months now. However, this new update has got us all excited and we’re sure you’ll be too. According to the latest set of reports, the actress is set to marry on January 27, 2022, in Goa. Scrapping the news of the couple getting married in Dubai, a source informed “a five-star resort has been booked as the venue. Although invites have started going out, the guests have been asked to be tight-lipped about it. All the guests have been asked to carry their vaccination certificates.”

The source further added, “It will be two-day ceremony. The pre-wedding rituals will take place on January 26 followed by a beach wedding on January 27. They have booked a five-star star hotel in South Goa. The preparations are in full swing and supposedly it is going to be a white wedding and the entire venue is going to be decorated in white.”

ALSO READ: 10 Photos That Prove Mouni Roy Is A Certified Water Baby! Why So Gorgeous?

Saying ‘I do,’ by the beach, which without a doubt is the actress’ all-time favourite spot, a resort near the Vagator beach in Goa is said to be the venue for the wedding. Followed by an afternoon ceremony, the couple has also planned a dance party on January 28, 2022, with the actress’ dear friends and choreographers Pratik Utekar and Rahul Shetty rehearsing with her for the same. The list of invitees also includes producer/director Ekta Kapoor, Karan Johar, designer Manish Malhotra. But both Mouni and her boyfriend Suraj Nambiar have remained tight-lipped about the same.

The actress’ recent trip to Goa with her close friends, has fuelled the wedding rumours with former actress Aashka Goradia’s special Instagram post serving as proof. Featuring Mouni Roy and her dearest girl gang, twinning in black and holding placards that say ‘Bride to be’, Aashka captioned the images as “Wonderful time in the company of even more wonderful women…Celebrating Monobinaaaa (Mouni Roy). Blessings and only blessings for this you Mo Mo.” The post instantly caught her fans’ attention with many speculating about the wedding. Well, the news has already taken the internet by storm, we can’t wait to see Mouni Roy as a bride.

On the work front, Mouni Roy will next be seen in Ayan Mukerji’s Brahmastra alongside actors Ranbir Kapoor and Alia Bhatt.

#ShaadiSeasonNotOver: 7 Celebrity Weddings Of 2021 That Gave Us Major FOMO!