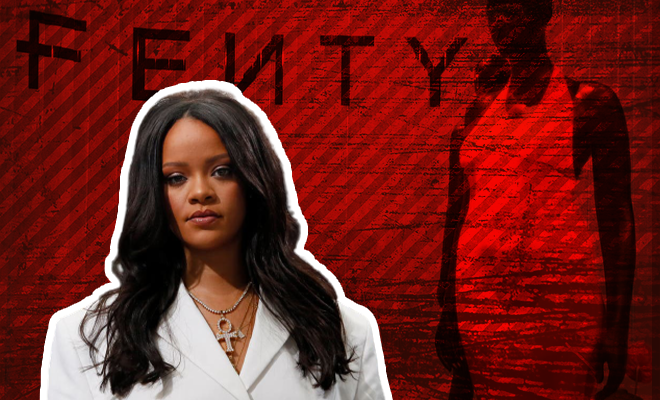 The lockdown didn’t just shelve our social lives and hamper our mental health, it’s had a huge impact on several industries and businesses that completely collapsed because of the coronavirus outbreak. The fashion industry has been deeply impacted as the sales plummeted, stocks piled up and brands suffered huge losses, which finally prompted them to pull the shutters down. Even after the lockdown restrictions were lifted, shopping was much lower on people’s priority list, mainly because we still had nowhere to go (still don’t). Due to this, not only small labels, but the biggest fashion houses and brands were forced to either explore a different strategy to push their sales or, well, close down. A lot of brands shut down during the past year. This just in: Another one bites the dust. And it’s the Fenty fashion line by Rihanna.

Rihanna came together with French luxury conglomerate LVMH (Moët Hennessy Louis Vuitton) in 2019 to launch her ready-to-wear fashion line, Fenty. The collaboration was historic since she was the first woman, and the first woman of colour to be associated with the LVMH group. However, during the pandemic, the brand witnessed poor sales, which according to the fashion experts, was because of steep prices of the clothes. Rihanna and LVMH have both agreed to put hold on the operations for the fashion line after a brief trajectory of less than two years. However, her lingerie line Savage X Fenty and beauty and skincare lines, Fenty Skin and Fenty Beauty will continue.

This is Rihanna’s eponymous fashion brand (her full name is Robyn Rihanna Fenty) which includes clothing and a range of accessories including sunglasses, jewellery and shoes. However, there has been no new collection launch since last year and the official Instagram account also remains deserted with the last post made in the first week of January this year. Although Rihanna’s brand is one of the most popular and loved brands, despite her fame and huge fanbase, it couldn’t survive the pandemic, much like many other brands. According to WWD, LVMH said in a statement, “Rihanna and LVMH have jointly made the decision to put on hold the ready-to-wear activity, based in Europe, pending better conditions.”

Fenty isn’t the first brand that has succumbed to the pandemic. In June last year, fast fashion brand Zara announced that it will be shutting 1200 stores around the globe and focus on building its online retails. The customer footfall was negligible after the lockdown since shoppers were apprehensive about getting infected in stores and preferred to shop online, so Zara decided to cut down on physical stores. Another fashion brand that faced drop in sales and decided to shut its brick-and-mortar stores is Gap. It is expected that the brand will be closing down a number of stores across Europe, namely in the United Kingdom, France, Ireland and Italy later this year.

Also Read: Rihanna Threw So Much Shade At Victoria’s Secret With Her Savage X Fenty Show. This Was A Lingerie Showcase Unlike Anything Else!