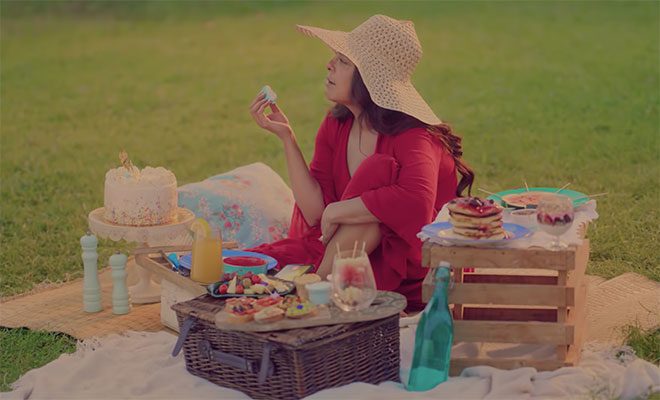 ‘Happy Birthday Mummyji’, A Short Starring And Directed By Shefali Shah, Perfectly Captures The Bliss Of Solitude And Self-Care

In our Indian families, privacy is a concept rarely understood or respected as a necessity. The lack of physical space, and the constant emphasis on ‘being together’ as a family value are the key reasons. In India, we don’t get to storm off to our rooms for ‘quiet time’ when we mess up. We’re made to sit with the family, fighting back tears, and participate. It’s probably why the joys of solitude, and in that solitude, of self-discovery, are rare indulgences, and very much cherished. Especially, if you’re a woman, because we women are barely ever left alone, with the freedom to do the things that we want to do. What happens when we do, though? That’s what Happy Birthday Mummyji, a new short that is written, directed and acted in by Shefali Shah (Delhi Crime), explores.

The short film is produced by Vipul Amrutlal Shah’s Sunshine Pictures and has been released by Royal Stag Barrel Select Large Short Films. Eeshit Narain is the director of photography; the editing is by Antara Lahiri, sound design and mixing is by Ganesh Gangadharan and the background score is by Prasad S.

Happy Birthday Mummyji is a pandemic production, which is a term I am legit going to use now, because some amazing, some great and some not that great content has come out of this unfortunate situation we’ve been put it. To make the cliché silver lining argument, the pandemic induced lockdown did bring out a slew of creative ideas. For Shefali Shah, it’s been a stellar year with her series, Delhi Crime winning an International Emmy for its first season, and a second season soon to drop on Netflix. She also took this time to the aspiring writer and filmmaker in her for a test drive.

And the result is a breezy short that looks beautiful, reiterates just how good an actor she is, and highlights the bliss of solitude, especially when a lockdown has forced entire families together.

Shefali plays Suchi, who is at some kind of a luxurious family farmhouse, planning the 75th birthday party for her mother-in-law. You can guess from just how deftly she is folding napkin fans for the table setting or is on top of all the arrangements that she is someone who either does this professionally or as a hobby. Her curt husband informs her that there’s a lockdown, which means they can’t travel to where she is, and the party stands cancelled. Not a quitter, she orchestrates a surprise party back home, inviting her sisters-in-law and their families over, instructing the maharaj (cook) on the menu, and guiding her husband about decorations and other party planning, even when he keeps abruptly cutting the call on her.

And while she starts out having major FOMO about her family partying there without her, she soon figures out a way to make the most of her solitary stay at this house, which is equipped with a swimming pool and lush gardens, and is full of party supplies, alcohol, and ingredients for lavish dinner fare.

Also Read: Shefali Shah Talks About How She Was Typecast By The Industry And Only Given Roles Of Older Women

The more the camera lingers on Shefali Shah’s face, the more you realise just how good an actor she is. And the comparisons with her other similar short she acted in, Juice, is inevitable, because both are set around a party, and address how selflessly women as wives, daughters or mothers will devote themselves to playing host, which ends up being a thankless job and doesn’t even let them enjoy the party they planned properly. But while Juice was grounded in a certain stark, uncomfortable reality, Happy Birthday Mummyji is the exact opposite.

It is shot in an almost dreamlike fluid state, with the background music adding to that feel. Shah too is dressed in a flowy red gown, as she roams around in nature, reads a fairy tale from her childhood, relaxes at the pool with some wine and chakhna, and does everything that she might have gotten to do as a responsible daughter-in-law, wife or mother and as a host of the party. The way this is shot made me think of those 90s indipop music videos, where this beautiful woman is just out there in nature, living her best life without a care in the world, and looking stunning because she is so at peace. Don’t we all think we’re in a music video when we get in those pensive moments?

As the number balloons 7 and 5 are released and float aimlessly in the air, so does Suchi, reliving those carefree younger days when she didn’t have so much to do all the time. Her bliss is punctuated by those rude calls from her husband or the voice notes of her relatives with the cursory “miss you,” and even her MIL, none of whom thank her for organising this in the first place. But this Suchi is beyond caring. She’s found her own party, a gift of solitude and relaxation that she wouldn’t even get for her own birthday.

I found Suchi’s bliss so darn relatable! The way she casually unhooks her bra, or lights up candles and sets up a whole mood just to have dinner she’s cooked for herself, alone…. It’s everything that I’ve done in this past year in the name of self-care, every single chance I got the house to myself. I love my folks, but this past 1.5 years have been a different kind of saturation, where the initial novelty of work-from-home-perks and family time wore off after a few months and I either wanted to step out to meet new people or get some time just by myself to do nothing. No chores, no video calls or social media commitments or work. Just pampering, some Netflix, and lots of chilling.

It’s why the final scene, and the framing of it, which makes Shefali Shah’s Suchi looks like a queen bathing in luxury, is so potent (along with being stunning). Of course, she doesn’t want to abandon this kingdom of childlike carefreeness and go back to her world! I wouldn’t either!

Happy Birthday Mummyji reminded me of two of my favourite things creations around the bliss of solitude. One is the song ‘I Think We’re Alone Now’ by Tiffany, which talks about unbridled acts with no one watching. And the other is the poem ‘I Wandered Lonely As A Cloud’ or ‘Daffodils’ by William Wordsworth, which also talks about how, even when you’re alone and missing your loved ones, there is happiness to be found in solitude.

The lockdown has been the hardest on housewives who already devote a lot of their day taking care of their family’s needs. With everyone at home, their chores not only increased, but the little time they might’ve gotten to themselves in the afternoons was kind of taken away from them. Watching Shefali Shah as Suchi steal some of that lost time back for herself was quite a breezy and, in many ways, cathartic watch!

Now where are my candles?

You can watch the short here: