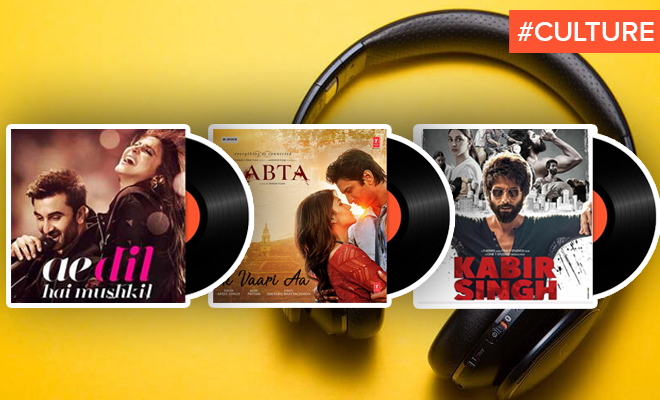 From Kabir Singh To Every Emraan Hashmi Movie, Tweeple Are Listing Bad Movies With Fabulous Music And There Are So Many Of Them!

As much as I love to hate on Kabir Singh because of obvious reasons, I hate that I love the songs. You’ll find me absent-mindedly humming Mere Sohneya while doing the dishes, before my morality reminds me that we hate this movie. And just as the film’s cast and director ignored the criticism against the film, I ignore my inner scruples and strum the air guitar to Bekhayali. Which begs the question, if there’s an argument for separating art from the artist when the artist screws up, is there one for separating the good music from the shitty movie too?

There should be, because while Emraan Hashmi’s filmography didn’t exactly win awards, did you not spend your youth loving Himmesh Reshammiya’s music in those films and crooning  Aap Ki Kashish Sarfarosh Hai and Aashiq Banaya Aapne or are you normal?

Also, is it just me or do bad movies have this uncanny knack for getting the music right? It’s as if the brief to the music director was, “Dada, meri picchar okayish hai, par aapka music faadu hoga toh chal jaayegi!”

Apparently, the cosmos seems to have sensed my guilt for loving good music albums from shitty movies because one Twitter user, @feministslutt (umm… okay) asked people to list down bad movies with fire music albums.

Name a shitty movie that has a fire album. I'll start-
KABIR SINGH

Well, well, well. Looks like we’re going to be insulting and praising movies in one tweet, peeps. The question launched an avalanche of responses!

@wakeuptamoor i think kabir singh is ur most favorite😍
also TAMASHA🗡️

Some of the movies most commonly named included Aashiqui 2, a lot of SRK movies like Ra.One (Dildara and Bhare Naina were lovely, weren’t they?) and Zero (Mere Naam Tu is an absolute favourite!), Anjaana Anjaani and even Kalank (Ghar More Pardesiya is sung, scored and shot so beautifully, it even won awards!). And of course, as I mentioned, the entire slew of Himmesh Reshammiya and Pritam albums and every Emraan Hashmi movie ever!

Every Emraan Hashmi movie ever?

Every Emraan Hashmi movie ever *somebody had to say it*

Raavan (though it's watchable) but Mani ratnam and A.R Rahman does magic whenever they collaborate.

Can we have some YRF music albums too, here? I personally LOVED the Jhoom Barabar Jhoom music album, and watched the film repeatedly only so I could watch the songs. Bol Na Halke Halke’remains, to date, a song that makes me mushy. Same can be said for Tashan; horrible movie, but Falak Tak Chal, Chhaliya and Dil Hara are totally awesome songs!

This one below I agree with! Saawariya was a stunning movie, albeit did badly on the BO. But the music album was sublime!

And how can we forget Selmon Bhai’s films! Whether it is Dabangg 1, 2, 3, Ready, Wanted, Tiger Zinda Hai, or the most recent Bharat, the songs of Salman Khan movies are always hits and full of swagger and feels. (NO, SORRY, NOT RACE 3. That’s total trash).

This one response was for Fifty Shades of Grey, a Hollywood movie, which opens a whole new dialogue about American movies and shows that have amazing music but are quite shitty!

THE 50 SHADES OF GREY TRILOGY

So go on, tell me, what would be your additions to this list of shitty movies with fire albums?

Also Read: #Culture: Women Posting Black And White Photos With #ChallengeAccepted Could Actually Be Hurting A Women’s Right Protest Against Femicide In Turkey