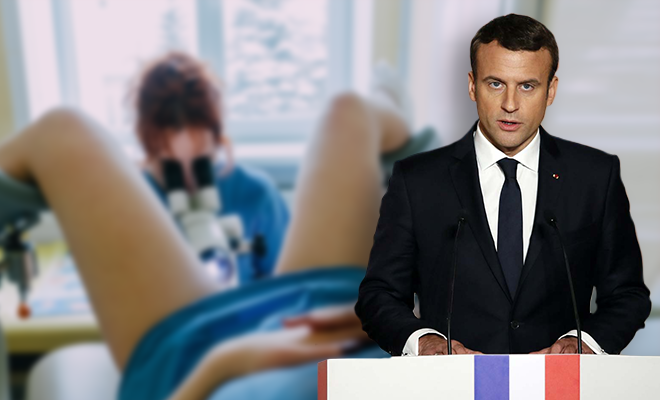 France’s Ban On Virginity Tests is Being Opposed By Doctors And Activists. Why?

Men around the world are bidding for virgins on sale in auctions. There are men whose exigency for virgin brides remain unmatched, as a product nothing less than a woman on the peak of her sanctity will do. A quick Google search will bring up several disturbing results, as some Dr. Chopra proudly markets their virginity pills. Why won’t the patriarchy shut up about a woman’s hymen? As if abstinence-based sex education (if any!) wasn’t enough to make several young women associate shame with sex. What’s worse? Virginity tests are still legal in several countries, including France, and when the Government decided to put a ban on it, some people didn’t quite agree.

According to the World Health Organisation, in at least 20 countries, women are forced into getting virginity tests done by their families or their potential in-laws. Judging a woman by the existence of her hymen and the width of her vaginal opening isn’t news. But a virginity test is a violation of human rights, bodily autonomy and it is painful, as informed by the United Nations.

So when France decided to put a ban on it as late as in the year 2020, why is it being opposed by medical practitioners and activists? They fear that this will have further “violent repercussions” for women.

Say NO to virginity testing! 🚫

“Virginity testing” aka “two-finger testing” has no scientific or clinical basis. It is an inspection of female genitalia designed to determine whether a 👩 or 👧 has had vaginal intercourse.

“Penalising doctors is to close the only door for patients, where they could have found help and advice,” said Ghada Hatem-Gantzer, a gynaecologist in Paris and chief medic at the Maison des Femmes, a local women’s violence shelter. “It is undoubtedly promoting a black market for certificates that dubious pharmacies will charge dearly for,” she added.

Some doctors feel it will not stop the relentless advocates of abstinence from demanding proof of virginity. And how they get that can get dark and shady—through superstitious, non-scientific means or via fraudulent medical practitioners who will make money out of someone’s misery. Either way, they believe it will make things worse for women.

Liza Hammer of Collectif Nta Rajel, a French feminist collective for North African emigrants said that virginity certificates can help protect women from violence when they are suspected by their families of having illicit sex. “If you want to deal with this issue then women must be taken care of, not prevented from having a piece of paper they need to save their lives,” she said.

France is split over plans to ban virginity testing with campaigners calling the procedure barbaric. @UN says such tests must be stopped. @Shobhit10Mittal brings you the story pic.twitter.com/ufcFBhR67W

In an open letter published in a French newspaper, 10 medical professionals called out virginity tests for being barbaric. And even those opposing the ban agree with that. It’s just that they are worried that the ban will fail to protect the women unless it goes hand-in-hand with cultural education because there’s a huge disparity between law and social attitudes.

Hatem-Gantzer said, “Our only way out is to educate young people relentlessly and to meet their parents to convince them. It’s more tiring and expensive than banning, but it’s more effective.”

So how many such tests happen in France? “There is no data, either official or unofficial, on the number of requests for virginity certificates,” said Martine Hatchuel, another Paris-based gynaecologist. “Personally I have around two to four requests per year…almost always very young girls brought by their mothers.”

Doctors believe that single women are afraid of their families and rejection in marriage if they don’t have the certificates. “Their motivation is always: ‘it is my parents/my step family/my in-laws who demand it, if it were up to me I wouldn’t ask for anything,’” said Hatem-Gantzer.

There are so many cultures wherein the elders of the family put a white bedsheet on the couple’s bed. After the first night, if there’s a bloodstain on it, she is a virgin. If not, then there are terrible consequences. It doesn’t make sense because the hymen is no proof of virginity. Besides, why is it even required?

This whole practice is shit. But really, will people who demand virginity certificates go back to more pathetic ways of testing or invent new ways to exploit women? I wouldn’t say it’s not possible. But I do like the idea of ban + education.

ALSO READ:Video Of A Chinese Man Beating His Wife To Death On A Street In Broad Daylight Goes Viral. People Just Stood And Watched As The Woman Was Killed