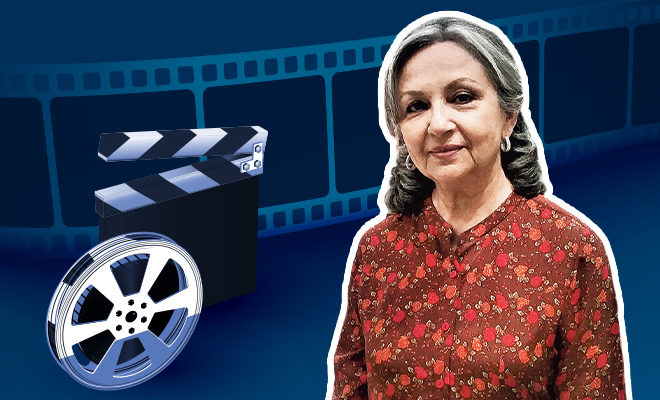 Ex-CBFC Chairperson Sharmila Tagore Sees No Rationale In Abolishing Film Certification Appellate Tribunal, And Neither Do We

Back in 2017, when filmmaker Alankrita Srivastava wanted to release Lipstick Under My Burkha, the CBFC had refused to grant the film certification, citing “women in the film are shown in bad light, particularly targeting women of certain community which might hurt sentiments.” Srivastava and producer Prakash Jha  then appealed to the Film Certification Appellate Tribunal, or FCAT, which observed that the CBFC “misdirected themselves in denying certification” to the film. And after some cuts and beeps, the landmark film was allowed to release in India. On April 7, the Ministry of Law and Justice dissolved the FCAT with immediate effect. And former CBFC Chairperson Sharmila Tagore has now joined several Bollywood celebrities in criticising this move.

What is the FCAT and why is its abolishment causing so much uproar in the film industry?

As you know, before films can release, they need to be certified by the Central Board of Film Certification, which is the statutory body of the Ministry of Information & Broadcasting for this purpose. In 1983, under Section 5D of the Cinematograph Act (1953), the Film Certification Appellate Tribunal (FCAT) was established as a statutory body that would hear any appeals from filmmakers about their grievances with the CBFC. So basically, just as Lipstick Under My Burkha was denied certification, if any other filmmaker faces any issues or wants to challenge the decision of the CBFC, the FCAT was who they’d go to.

With the FCAT now abolished, the appellate body for any such grievances is directly a High Court. And if you’re familiar with how the Indian judiciary works, it’s not that hard to understand why filmmakers and industry members are troubled by FCAT’s dissolution and what it could mean for their films.

Such a sad day for cinema

What the hell?!
The Film Certification Appellate Tribunal has been abolished?! How does this happen overnight? Did anyone see this coming?#CBFC #FCAT https://t.co/N4gFvDQDUP

What’s perhaps rubbing even more salt in the wound is that world over, arts and entertainment industries is scaling new heights because archaic laws of censorship are being challenged and lifted. On the same day as FCAT’s dissolution news came, another news, of Italy ending film censorship after 108 years also came, making people realise just how much we could be regressing.

What is former CBFC Chairperson Sharmila Tagore’s stance on FCAT being abolished?

Sharmila Tagore was the CBFC chairperson from 2004 to 2011. And during her seven-year tenure, she worked hard to expand the scope of FCAT and its values. With the announcement of its dissolution, the veteran actor is naturally disappointed. Hindustan Times quoted her explaining the importance of FCAT.

“When I joined CBFC, there was already an FCAT in place. It was a body where if producers had a difference of opinion with CBFC and were not happy with CBFC’s decisions of giving cuts or A-certificates, they could always go to FCAT and sort out their differences. Sometimes, FCAT went against us and sometimes, they upheld our views. So, FCAT had the final say. In my opinion, FCAT served a very good purpose because it was a recourse for the producers to go to another source to moderate the CBFC’s point of view. FCAT was an enabling body and a bridge between the producers on one hand and the civil society on the other.”

Tagore even elaborated on the plans that she had, in her position as the CBFC chairperson, for FCAT, about expanding its mandate.

“During my tenure, I wanted to expand its mandate by referring to all the PILs that were initiated all over the country against films so that they could come under the mandate of FCAT considering it was a film body. The only film that we couldn’t give a certificate to and couldn’t go to FCAT with was Black Friday because the Bombay blast was sub judice at that time. So, Anurag Kashyap had to wait for the longest time.”

Sharmila Tagore went on to echo the sentiment of other industry members who questioned the need for the FCAT to be put down and why filmmakers and the government weren’t coming together to at least discuss the matter.

“I don’t know the rationale behind this step but it concerns the film producers most certainly. Even if they come together now and make an application and appeal to the government, they can work it out but the problem is that no one wants to come together.”

No FCAT spells hassles for filmmakers that could get every expensive

Fighting legal cases isn’t just an expensive task, it is also highly time-consuming. And Sharmila Tagore pointed out that this new rule were filmmakers will have to file their appeals with the High Courts spells out a difficult ordeal for them. Can you imagine the delays in the release of films because court cases can go on and on? Will we have provisions for expediting such cases so that filmmakers don’t lose out on money?

“It will be a hassle for a producer to go to the court because it is very expensive and it often leads to a lot of delay. And if a film isn’t released on time, it may get dated and cause other problems including actors’ careers getting ruined for inordinate reasons and the audience losing their interest in the project.”

Potential scenario play out post FCAT-
CBFC: Can you reduce blood spatter by 12% and remove 3.4 kisses?
Filmmaker: I’ll see you in court.
CBFC: okay how about 4% and 1.8 kisses for an out of court settlement?

From where I see it, with my limited understanding, it is usually small-budget, indie films like Lipstick Under My Burkha or Black Friday and so on that face these issues with the CBFC. They dare to showcase the controversial shades of our society and more oft than not, the orthodox mindset of the CBFC has had issues with it. I mean, we all know what goes on in real life—the sex, the drugs, the use of slurs and cuss words. And yet, the CBFC has often chosen to put forth demands that need filmmakers to compromise on the authentic, gritty textures of their films, just to get their certification.

Honestly, I don’t understand why there was a need to abolish the body now, and the timing really feels off, considering there’s also major talk about OTT censorship. The FCAT was a body that promised them some respite. But with it gone, it is going to get even more difficult for these small but extremely crucial films that dare to the depict our society in its bare, naked form, to reach us. And that’s a shame.

Kriti Kharbanda Says It Takes B*lls To Turn Down Roles Because Rejection Might Hurt Egos. Sigh, She’s Got That Right!