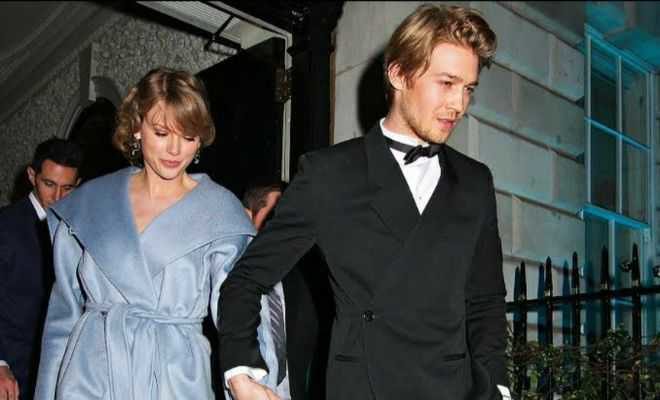 Well, I’ll have to admit I have genuinely started believing in ‘Soulmates’ and ‘True Love’ even though I’m not totally convinced yet. Why? Because there are so many celebrity couples who are making me believe in love by just existing and pop icon Taylor and her beau, Joe Alwyn are definitely one of them. And the latest news is that Taylor Swift is secretly engaged to her longtime lover, Joe Alwyn. Oh my God! Joe is officially Mr. Swift?

As we all know, pop star Taylor Swift is in a relationship with British actor Joe Alwyn for more than five years now, they have been spotted on the red carpet several times but they have not publicly confirmed their relationship and we respect their decision. According to the reports, the couple is engaged and they are not planning to formally announce this happy news to their fans but have shared it with their close friends. As a Taylor Swift fan aka Swiftie, I can confirm that we all love Joe Alwyn but this latest news is shocking for us as well. In our wildest dreams, we never dreamed of this! (if you know, you know). Well, if the news is true, we are genuinely happy for them!

Also Read: Taylor Swift Receives Honorary Doctorate From NYU, Her Speech Was The Perfect Balance Of Humour And Wisdom

For the unversed, the couple first met at the 2016 Met Gala and officially started dating in the year 2016. Joe also helped Taylor in writing some songs for her latest albums folklore and evermore.

Well, we should just wait for the official announcement. What do you think about this cute couple?