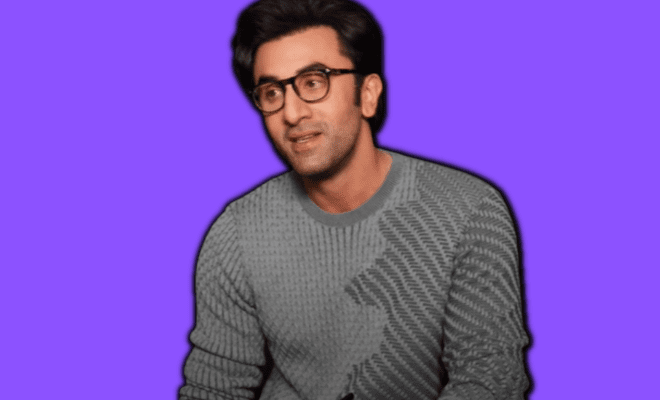 Ranbir Kapoor Shares His Fondest Childhood Family Memories That Have One Thing In Common – Good Food!

We have quite often heard in interviews from the members of the Kapoor clan that how they are all foodies and food has always held a special place not just on their dinner tables but also in their hearts. Fans have always loved their candour and the passion with which all of them speak about food. On one of the sets of a reality show, Neetu Kapoor has also brought homemade delicacies for contestants on the sets. Reiterating the same, recently, Ranbir Kapoor has highlighted the love the Kapoor family has for food and how they all bonded especially over khaana!

In an interview with Mashable India, Ranbir spoke all things about food and its special connection with the Kapoor khaandaan. He was shown several old pictures of him and he shared the story behind each one of them. During this session, he was shown a picture of himself, Neetu Kapoor, Rishi Kapoor and Randhir Kapoor having lunch together.  The late chef Jiggs Kalra also accompanied them for lunch.

Reminiscing the good ol’ days of his childhood, the Shamshera actor said that his Nani would always take him and his sister Riddhima to a restaurant every Friday. He also recalled that he would always have the butter sada dosa and she would have pav bhaji. On Saturday, Neetuji and Rishiji would take them out to have Chinese food as they were big fans of the cuisine. Further ahead, Ranbir recalled going to his grandmother’s place every Sunday which was usually a fun day involving the whole Kapoor family.

Ahead in the video, he was shown another picture of him holding a huge crab beside his grandmother and his cousins standing next to him. Sharing yet another foodie detail about the picture, Ranbir said that every Sunday would be a ‘crab day’ for them.