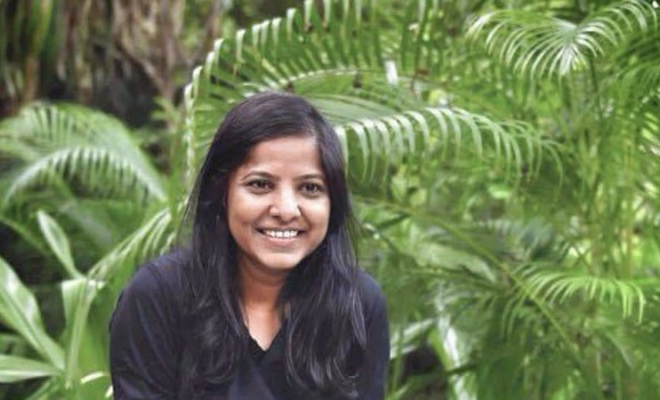 Who Is Leena Manimekalai, Filmmaker Who Sparked Outrage Over Her Film Poster Showcasing Goddess Kaali Smoking?

Recently, Indian filmmaker Leena Manimekalai ran into a major controversy after the poster of her performance documentary film Kaali sparked outrage on social media. The film poster featured Goddess Kaali smoking a cigarette with a pride flag in the background. This led to a social media outcry and netizens demanded the filmmaker be arrested for hurting religious sentiments. The poster shared by the filmmaker was of a film she directed which was launched on July 2 at Toronto’s Aga Musem as a part of the Rhythms of Canada, which is a week-long festival that celebrates the diverse tapestry of Canadian culture.

Super thrilled to share the launch of my recent film – today at @AgaKhanMuseum as part of its “Rhythms of Canada”
Link: https://t.co/RAQimMt7Ln

Who Is Leena Manimekalai?

Leena Manimekalai was born in Tamil Nadu is based in Toronto, Canada. She is an Indian filmmaker, poet and actor and her works include 5 published poetry anthologies and a dozen films in genres of documentary, fiction and experimental poem films. She started her career as an assistant director with mainstream filmmakers and also gained experience as a Television Producer and anchor. She made her debut with the 2002 documentary film Mathamma. Several of her films deal with the issues of people from the marginalised community, social evils, and major crises in the country.

Leena Manimekalai has taken a visual art fellowship with PSBT on Tamil Women Poetry and Desire through the ages of Sangam, Medival and Modern periods. The International Association of Women in Radio and Television also awarded the poet with a fellowship to make a video portrait of Dayamani Barla titled “Still I Rise”. Dayamani is the first Indigenous Adivasi woman journalist who became a political leader in Jharkhand. She also has Commonwealth Fellowship for “Woman in Cinema”. Leena has also been a Charles Wallace Scholar with the School of Oriental and African Studies of the University of London. In the past, she had also been a European Union Scholar in art practice. The Indian filmmaker has also expressed her opinions opposing censorship in Indian cinema. She identifies as bisexual and came out of the closet in her second poetry collection, Ulagin Azhagiya Muthal Penn. She has also won several awards for her works in films, acting and poetry.

Leena Manimekalai recently came under fire for the controversial poster of her performance documentary film titled Kaali which was made with support from Tamil Arts Collective, Queer Summer Institute and School of Arts, Media Performance and Design, York University, Toronto. In fact, a lawyer from Delhi has also filed a police complaint against the filmmaker calling the poster of Kaali, showcasing Goddess Kaali smoking with a pride flag in the background, “highly objectionable”. The lawyer has sought a ban on the poster as well as any relevant clip from the documentary.